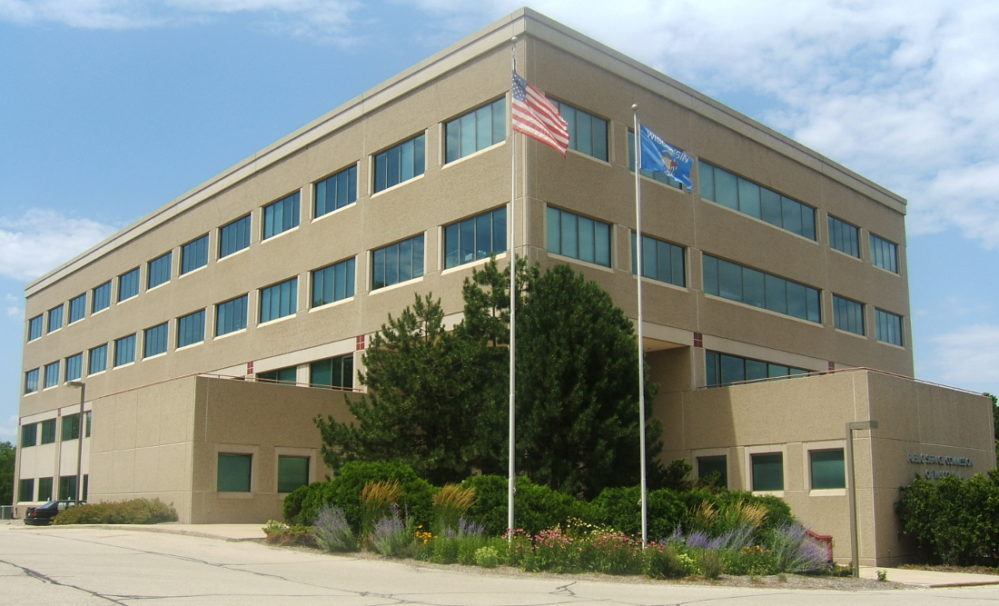 The Wisconsin PSC headquarters in Madison.

Wisconsin renewable and energy efficiency advocates left an October 20 Public Service Commission hearing about the state’s Focus on Energy program both cheered by significant victories, as they see it, and concerned about an issue that remains hanging.

This money all comes from a pot of unspent revenue that had accumulated over recent years. In the past in Wisconsin and other states, such funds have been swept away from energy efficiency and renewable programs into state coffers unrelated to energy. Advocates had feared this might happen again, and were happy to see the funds committed to Focus on Energy.

“The pile of unspent dollars within the Focus on Energy program was increasing in size and now is an appropriate opportunity to target gaps in the program’s coverage,” said Michael Vickerman, program and policy director of RENEW Wisconsin.

He said rural communities and farms which could benefit from energy efficiency programs and bio-digesters, respectively, were appropriate places to spend. “They found a place for these dollars to go that didn’t involve re-purposing energy dollars for non-energy purposes,” Vickerman continued.

But the proposed funding for rural communities has raised concerns for advocates, as noted in public comments and at the hearing. Some fear that millions of dollars could be spent on broadband internet infrastructure that is related to energy efficiency technology but does not provide the biggest payoff as far as clean energy and efficiency is concerned.

Public Service Commission spokesperson Elise Nelson said the additional funding discussed at the hearing could boost the program’s budget by as much as 20 percent.

Opening the hearing, Public Service Commission chair Ellen Nowak said she felt compelled to comment on what the proceeding “is not” about.

“This is not a transfer of Focus dollars to the general fund,” she said. “This is not about spending Focus funds on broadband infrastructure. It does appear from some of the comments that a lot of misinformation has been spread about our intentions here. This is about recognizing the role broadband can play in promoting energy efficiency, it’s about removing barriers to participation in energy efficiency, it’s about helping a program evolve and most importantly meeting its statutory obligations.”

The hearing audio has been posted online by RePower Madison.

Nowak noted that state law requires making sure efficiency programs serve people across the state equally, and that currently “rural customers are paying in and not receiving the same benefit.”

A memo published by the commission in advance of the hearing noted that 8.9 percent of residents covered by the Focus program live in rural areas underserved by broadband, and those residents receive on average only $2.75 worth of Focus incentives compared to an average $4.83 for the rest of the state’s participants.

At the hearing the commission requested the company Chicago Bridge & Iron, a technology and infrastructure company that is an administrator of Focus on Energy, come back in 30 days with proposals to increase energy efficiency in broadband-deprived rural communities, including through expanding broadband access.

While energy efficiency and renewable advocates said they were glad to hear Nowak say the money would not be spent on “broadband infrastructure,” they wonder what expanding access to broadband means.

“We’re just really not sure how they get from broadband internet to energy efficiency,” said Mitch Brey, campaign coordinator of RePower Madison. “I worry they’re going to basically use this money for rural broadband with very little energy efficiency.”

Nelson said she could not discuss the specifics of the broadband or biodigester programs, since they are under development by Chicago Bridge & Iron.

“The dollars will be spent advancing energy efficiency in rural areas. To comment on what these programs look like at this point would be futile and premature,” she said.

Nelson said that an interim order regarding the issues discussed at the hearing will be issued the first week of November, and a final order will be issued in December after Chicago Bridge & Iron submits its proposals.

Broadband bang for the buck?

The commission’s pre-hearing memo defines communities lacking adequate broadband access as those with fewer than two different providers, meaning the designation could apply to people who do indeed already have broadband access.

In his public comment, Brey referenced a 2015 independent evaluation of the Focus program that showed less than six percent of non-residential customers signed up for the program online, and 72 percent preferred to be updated about the program by a representative, rather than via the website.

With investments in broadband, more people would conceivably join or learn about the program online, Brey noted, but he isn’t convinced that’s the best place to spend money.

“If you give people more access to the internet, they’ll be more likely to sign up for energy efficiency programs online,” he said. “But that seems like a pretty weak justification to me,” for spending millions on broadband access.

Environmental Law & Policy Center senior policy advocate Andy Olsen suggested that signing people up for Focus on Energy and otherwise promoting efficiency could be done without the internet.

“Rather than building broadband you could just use some more old-fashioned methods to reach people, like bill inserts or direct mailers or having advisers ready, or point-of-purchase retail displays  in rural stores,” he suggested.

In his public comment Olsen wrote: “We have never before encountered broadband development as a strategy towards energy efficiency and renewable energy and find this approach to be unique, untested and unlikely to meet the benefit/cost requirements of the Commission.”

Nowak quoted Olsen’s comment in her remarks and countered that the Federal Communications Commission “recognizes the role broadband can play in promoting energy efficiency.” She said many of the public comments could be summed up as, “Don’t change the status quo, don’t try anything new.

“I disagree with that,” Nowak said. “If we want to keep the Focus program relevant and meet our statutory obligations at the same time, new programs and new ideas are necessary.”

Olsen said it’s not change he’s worried about but the lack of specificity from the commission.

“There is this confusion that was evident in the comments from a number of groups in response to the commission’s memo,” Olsen said. “Multiple times in that memo they talk about increased access for broadband. A lot of people concluded that meant funding broadband infrastructure with Focus on Energy dollars. The commissioners were adamant [at the hearing] that’s not what they meant. But we’re still scratching our heads over what it means.”

Looking on the bright side

The Focus on Energy program has gotten high marks from clean energy advocates and independent evaluators in the more than 15 years since it was founded. It has been found to generate about $3 of savings for every $1 spent, and is considered popular among regular ratepayers.

But the legislature has cut and curbed the program since Gov. Scott Walker took office in 2011, including a change in the funding formula this year that means $7 million less annually, a cut of about 7 percent.

Advocates note that programs discussed by the commission on October 20 come from the pot of unspent past revenue, a source that won’t be available every year. But they hope the allocations this year represent a vote of confidence in the program from commissioners and lead to successes that will help the program grow in future years.

Vickerman is particularly pleased with the $7.7 million allocation for rebates on renewable projects, like distributed wind, geothermal and solar installations. While this money comes from the previously-unspent-revenue pot, the total rebate amount available will likely be higher. Vickerman hopes it helps fund solar installations of various sizes, like past Focus cycles that supported residential solar and large arrays for farms, refrigerated warehouses, manufacturers and specialty food businesses.

“Our view is that a lot of the renewable energy incentives will wind their way to a solar system for either a household residential customer, small business customer or larger commercial customer,” Vickerman said. “It will have a tonic effect on the solar marketplace here.”