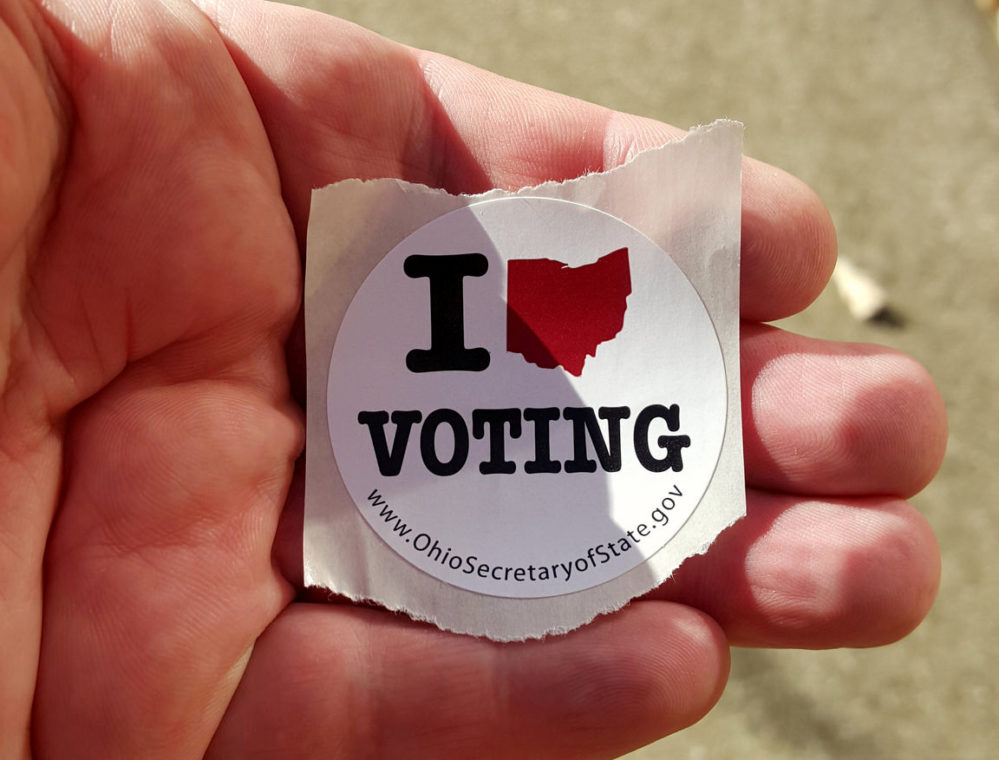 With the fate of the state’s clean energy standards and the federal Clean Power Plan still unsettled, utility, fossil fuel and nuclear energy interests spent about $3 million in reported contributions for Ohio political campaigns this year through October.

Those figures do not include additional millions funneled through other committees or spending by organizations that are closely aligned with but not clearly identified as representing utility or fossil fuel interests.

These types of campaign spending information should matter to voters, said Pete Quist, research director at the National Institute on Money in State Politics, whose online “Follow the Money” database provides information on campaign contributions for Ohio and other states.

“It’s important for the electorate to be able to [put] into context who’s funding a person or running independent ads so they can put those messages into context and [see] who a candidate’s friends or influences might be and what effect on public policy that may have,” Quist explained.

For Ohio, those policies include decisions on renewable energy and energy efficiency standards, the fate of the Clean Power Plan and how the state will comply with it, competition in Ohio’s energy market, payments for oil and gas extraction, and more.

About $8 million of the Koch-linked money to keep Portman in the Senate came through the groups Freedom Partners Action Fund and Americans for Prosperity, PolitiFact reported. The two groups’ spending topped $11 million by the end of October, according to the Center for Responsive Politics.

However, neither Freedom Partners Action Fund nor Americans for Prosperity showed up in the Institute data as making contributions to Ohio candidates this year. That’s because not all campaign spending has to be in the form of an official contribution to a candidate or issue campaign.

Rather, current law lets organizations that qualify under Section 501(c)(4) of the Internal Revenue Code spend money directly to promote or oppose particular candidates or issues, as long as they don’t coordinate that spending with the “official” campaign, noted Quist. Consequently, that kind of funding is much harder to track, he observed.

There’s also an extra “level of complexity” for funding that comes through a political party, Quist said.

Nonetheless, the amounts reported as being given to Ohio candidates’ campaigns are substantial.

As of November 1, the Institute’s data showed a combined total of $3.1 million in contributions from committees and individuals identified with electric utilities, the oil and gas industry, coal mining, nuclear energy, power plant construction and equipment, and other electricity generation and distribution.

FirstEnergy ranked fourth in the Institute’s list of top contributors for Ohio, behind “unitemized donations” and the Republican Senate Committee of Ohio and the Ohio Republican Party.

The Ohio Oil & Gas Association and Ohio Coal Association also made contributions of about $61,000 and $72,000 each. The top contributors list also showed Cynthia and Wayne Boich, of the Boich Companies coal businesses, giving about $125,000, combined.

The energy industry’s high level of involvement in giving to Ohio political campaigns is not new.

For example, Institute data show that FirstEnergy’s political action committees (PACs) gave about $1.6 million for Ohio campaigns from 2011 through 2015. The data reflect donations by AEP’s committees of about $1.2 million for the same time period.

“FirstEnergy’s Political Action Committee supports both Republican and Democratic candidates and officeholders whose interests align with those of our customers, employees and shareholders,” company spokesperson Doug Colafella said last year.

Institute data for 2011 through 2015 indicate that the company’s donations to Republican Party candidates outnumbered those to Democrats by as much as three to one.

“The Ohio Oil and Gas Association is not unique in making political contributions to statewide and legislative candidates,” Shawn Bennett of the Ohio Oil and Gas Association has said. “Just like other citizens and trade organizations, we practice our First Amendment rights by making political contributions to candidates who support a healthy business environment and the contributions the oil and gas industry specifically makes to Ohio and to communities throughout the nation.”

In contrast, Institute data for 2016 as of November 1 show a combined total of just about $113,000 in donations for Ohio candidates and issues from companies or groups aligned with alternative energy, wise resource use or pro-environmental policies.

“Our environment should not be a partisan issue, and preserving it should not be controversial,” said Gene Karpinski, president of the League of Conservation Voters, when that group announced earlier this year that it would coordinate efforts in Ohio with the Ohio Environmental Council Action Fund.

Like other groups, those and other organizations can also spend amounts that are not coordinated with a candidate’s official campaign. As of the end of October, data from the Center for Responsive Politics show that the League spent roughly $391,000 in the Ohio Senate Race, which fits with the League’s own announcement this summer. The Ohio Environmental Council Action fund spent about $18,000, the Center’s data through October show.

If the dollars being spent are big, so are the energy issues facing Ohio.

“The fossil fuel industry is incredibly well-funded and they have an agenda…to block progress and roll back existing laws,” Karpinski said. “We’re not going to outraise them and outfund them, but we’re going to outsmart them and out-organize them. The public is on our side.”

In the U.S. Senate contest, both Portman and Strickland are vying for votes from Ohio’s coal country communities in Appalachia.

Portman opposes the U.S. EPA’s Clean Power Plan, which Republican presidential candidate Donald Trump has vowed to rescind. Opponents of the rules say they would lead to even fewer jobs in America’s already distressed coal industry.

At the state level, FirstEnergy and AEP both supported the current freeze on additional requirements under Ohio’s renewable energy and energy efficiency standards. A pending bill would essentially make those standards voluntary for three more years.

Both companies have also indicated they would like lawmakers to change the state’s energy market to protect them from competition under current deregulation. FirstEnergy and AEP have also sought additional charges from Ohio regulators to effectively subsidize coal or nuclear plants.

Meanwhile, the Ohio Oil & Gas Association has opposed efforts to increase severance taxes for oil and gas from fracked wells. The legislature rejected such a measure last year.

Programs to protect air, water and other resources will likely be before the state legislature during the coming term as well.

As long as companies and affiliated committees comply with the law, there’s nothing illegal about substantial campaign contributions.

“The political system in this country has been set up this way to allow our company or any other company to share their views with the legislature,” AEP spokesperson Terri Flora said last year. “We seek to educate our policy makers, especially around the need for adequate supply and the direction the federal government is going.”

“It’s really just about being able to have that voice within the legislature because it really does drive what we do. It influences our business every day,” Flora continued. “I don’t think we would be good business stewards if we weren’t involved in that discussion.”

Indeed, corporate donors get access to legislators “because they are a source of campaign resources for a candidate. That’s the reality,” noted Gene Beaupre, Director of Government Relations and assistant director of the Philosophy, Politics & the Public honors program at Xavier University in Cincinnati.

But not all citizens or even all businesses are able to have that kind of voice.

“It’s not an even playing field,” Beaupre stressed. “I think we have to acknowledge that. The rules are the same. But some players are more equipped” than others.

“Money is a vehicle,” Beaupre explained. “Because [large donors] gave money, they get listened to. They have an opportunity to shape legislators’ opinions.”

Corporations may also have more resources to communicate their message with effective lobbyists, he added.

Individuals and nonprofit groups can still voice their opinions to lawmakers. And lawmakers at the state level in Ohio are often more accessible than federal policy makers at the national level may be, Beaupre added. But crafting a message and presenting it effectively still require skill and resources, he said.

In any case, “it’s important for the electorate to be able to understand who is funding campaigns,” Quist said. “And the reason is that these people that are up for election are running for office to make public policy.”