Photo By
Kyle Spradley, University of Missouri via Creative Commons 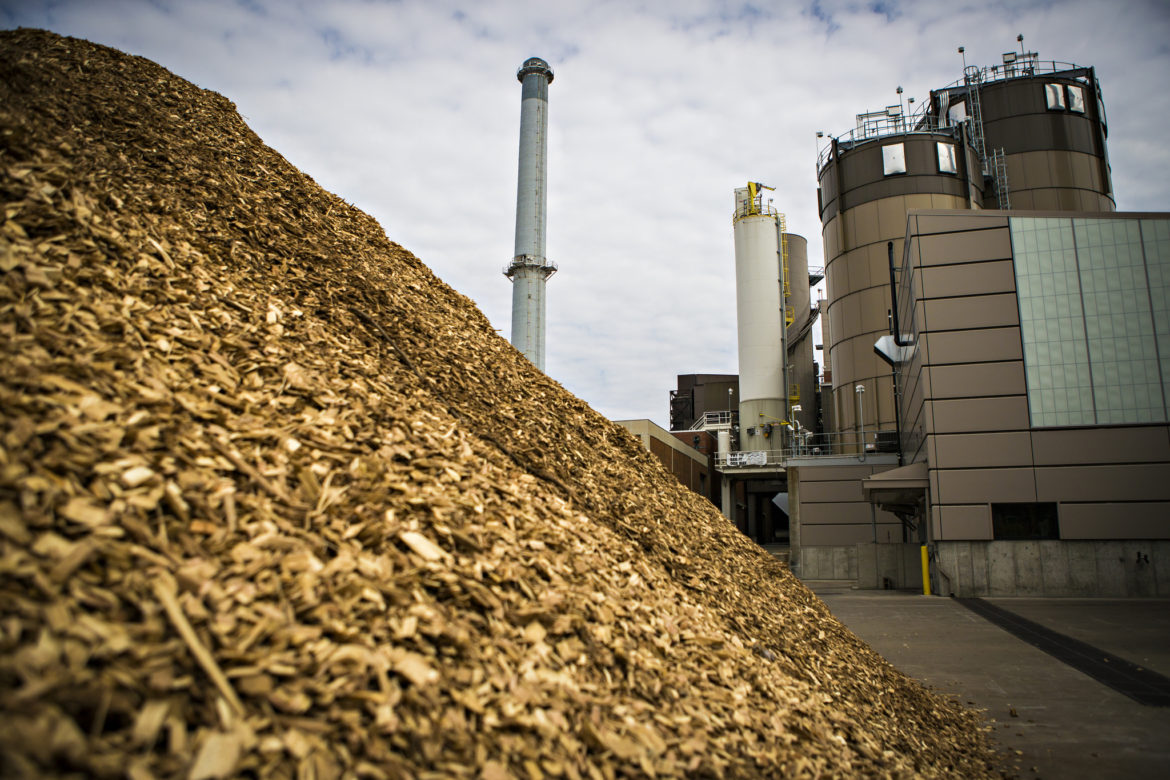 Wood chips are piled up at the University of Missouri's power plant.

Burning woody refuse from logging and forest-products manufacturing could, at low cost, help coal-dependent Midwestern power plants meet the carbon-emission reductions mandated in the Clean Power Plan, according to the findings of a pair of researchers from the University of Missouri.

Furthermore, the researchers proposed that carbon reductions would be greatest, and the cost lowest, if states shared those resources. A heavily-forested state, such as Minnesota, for example, could make most-efficient use of biomass, and could in essence “sell” those carbon savings to a state with less available forest waste, such as Missouri.

While the co-firing of biomass along with coal wouldn’t likely play a huge role in reducing power-plant emissions, it could ramp up very quickly and easily, serving as a bridge to technologies able to make greater long-term reductions in carbon emissions.

“I see this as a transition…to cleaner energy,” said Francisco Aguilar, an associate professor of forestry at the university.

Aguilar and his colleague, Ronald McGarvey, began investigating the carbon-reducing capabilities of biomass after learning of the successful experiences of the University’s power plant. In 2006, the plant began to displace a small amount – between 3 and 10 percent – of the coal with wood chips collected from nearby manufacturing facilities that make gun stocks, furniture and flooring.

At that low level, only very minor upgrades to the boiler were required, and the cost of the delivered biomass, according to the plant’s energy management director, Gregg Coffin, was comparable to what he was paying for coal. Coffin said that the technology has worked well, and the only complication has been a little difficulty in handling the material.

It has worked so well, in fact, that in 2013, the plant replaced one coal-fired boiler with one that burns woody biomass exclusively. The university’s power plant now derives about 30 percent of its fuel from regional woody refuse.

The solution is not suitable for all coal-burning power plants, however. Aguilar and McGarvey, an assistant professor of industrial engineering and public affairs, explained that most large utilities burn pulverized coal, which does not mix well with biomass. Smaller power generators tend to use small chunks of coal, known as stoker coal, which they said does work well with some woody biomass mixed in.

In their study of five Midwestern states, the researchers identified 91 plants that could easily adapt to co-firing coal with woody biomass: 23 in Iowa, 21 in Illinois, 20 in Wisconsin, 14 in Missouri and 13 in Minnesota.

To mix in more biomass than that, they said, would require a different boiler, as was done at the University of Missouri a couple years ago.

The burning of woody biomass in this context should be seen as carbon-neutral, according to the researchers, because burning it generates no more carbon dioxide than the current treatment of that waste: allowing it to decompose on the forest floor or elsewhere.

The efficiency of woody biomass is maximized when it is burned on a small scale, they explained, because transportation costs are minimized. At the University of Missouri’s power plant, for example, Coffin said he initially purchased biomass from a 50-mile radius. When they began using a biomass-only boiler, they started shipping biomass in from a 100-mile radius.

Ready and nearby availability of wood waste is the main reason the researchers propose this technology in states with robust logging and wood-processing industries.

Growing forests expressly for the purpose of burning them would completely change the economics, the researchers said. And that is not a proposition they are endorsing.

“This is all coming from working forests, existing forests, Aguilar said. “There is no land competition involved with this. There is literally no [additional] energy involved in planting or feeding.”