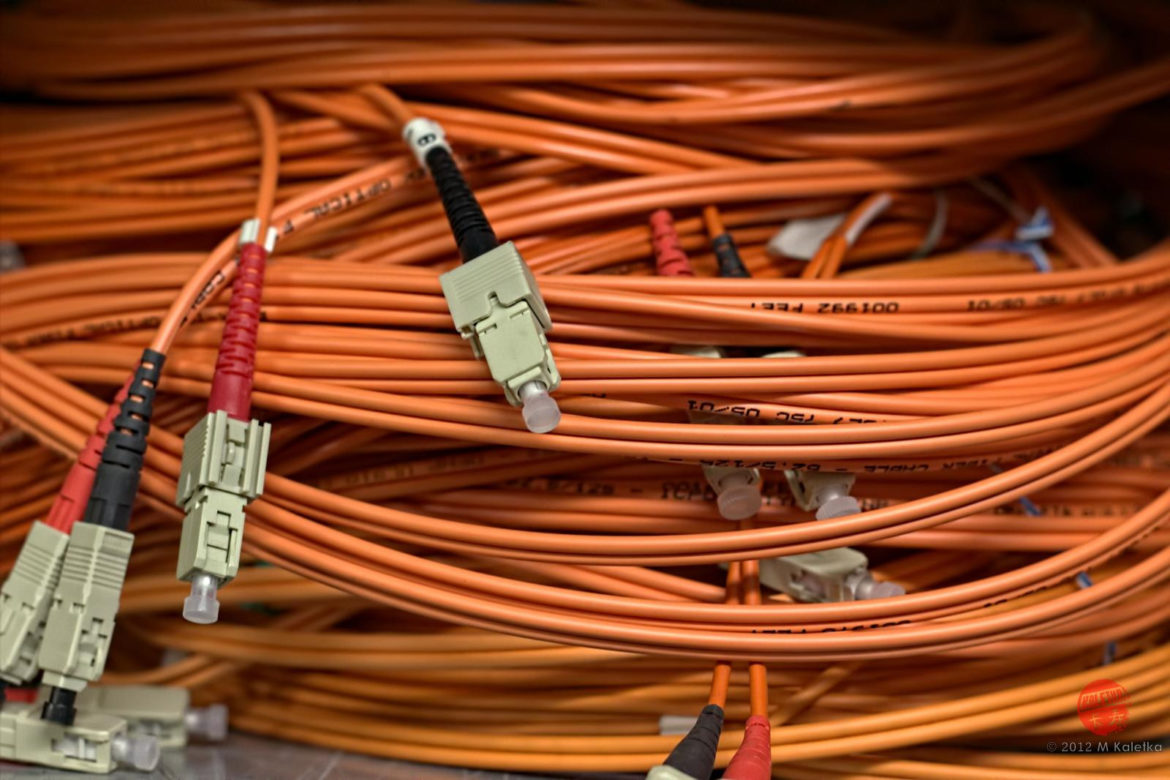 The smart grid is only as smart as an Internet connection is strong. As advanced meters, smart thermostats and other web-enabled energy devices spread across Illinois and beyond, so too does the need for reliable, broadband communications.

In cities and suburbs, there is enough infrastructure to make it a non-issue. But in rural communities outside Chicago and other cities, roughly 39 percent of residents lack access to high-speed Internet service, according to a study last year by the Federal Communications Commission (FCC).

The digital divide presents both a problem and an opportunity for the rural electric cooperatives that serve much of downstate Illinois. On one hand, the lack of infrastructure makes building a 21st-Century grid all the more challenging. On the other hand, there is a strong push to close that digital divide, and cooperatives find themselves uniquely positioned to play a role.

“One of the central issues facing rural communities is that lack of high-speed Internet,” says Tracy Warren, a spokeswoman for the National Rural Electric cooperative Association. After all, just about every industry today – from commerce to medicine to education and beyond – relies on robust access to the web. Because co-ops have been providing infrastructure to these communities for decades, Warren says they are a “natural fit” for expanding broadband access.

“They see themselves as providers of safe, affordable, reliable electricity,” Warren says. “That’s a vital infrastructure need, and, in this day and age, if you want to remain economically viable and relevant, you also have to have high-speed Internet.”

Of the 25 rural electric cooperatives in Illinois, five offer some form of broadband service, according to the Association of Illinois Electric cooperatives (AIEC). Collectively, they provide high-speed Internet – defined by the Federal Communications Commission as download speeds of 25 megabits per second and upload speeds of 3 megabits per second – to more than 7,000 customers.

Already, 98 percent of Illinois electric co-op meters are smart meters, according to AIEC. But many of the functionalities smart meters can offer – two-way communications, real-time pricing, demand management programs, among others – require a more robust communications network.

For Illinois Electric cooperative, which serves some 14,000 members in western Illinois, broadband Internet has been decades in the making. In 1995, IEC first started offering dial-up services, and eventually moved to satellite Internet. In 2005, the co-op switched to fixed wireless broadband, installing towers on substations, water towers and other sites. Approximately 3,851 IEC customers across 10 counties are signed up for the service, according to the co-op’s latest tax records.

Now, IEC is beginning to roll out broadband over fiber-optic cable to 1,200 premises in more populated communities. The primary motivation behind these projects is one of rural economic development, says Bruce Giffin, IEC’s general manager. The cooperative is spending millions of dollars to maintain hundreds of miles of distribution lines in counties where the population is declining, he says. Broadband service is seen as a necessary stave against this decline, and the smart-grid benefits are a welcome ancillary effect.

The push to bridge the digital divide goes well beyond Illinois. In 2010, the FCC released a National Broadband Plan with the intent of achieving universal access by the end of this decade. It set up a number of funds that electric co-ops and other entities can bid into for projects that expand broadband access, particularly in rural areas and on tribal lands. For electric co-ops, the rural-digitization challenge parallels the push for rural electricity access that gave rise to electric co-ops in the first place.

Despite some progress, the most recent status report released in January found that 34 million Americans still lack access to broadband. The study ultimately concludes that “broadband is not being deployed to all Americans in a reasonable and timely fashion.”

The lack of broadband access even factors into debates over efficiency outreach programs. Regulators in Wisconsin have approved the use of money from Focus on Energy, a ratepayer-funded efficiency program, to explore how increased broadband access might boost enrollment in energy incentives. Since much of the marketing for these incentives is done online, supporters say better Internet access could increase enrollment in efficiency programs.

“It’s important to recognize the role that broadband can play in meeting the goals of Focus on Energy efficiently and fairly across Wisconsin. By coordinating efforts, we can also help ensure internet services reach rural Wisconsin sooner,” PSC Chair Ellen Nowak said in a press release. “Ratepayers in rural areas have been receiving less than they pay in to the program and deserve a catch-up.”

Critics have challenged this link, saying the funds should be applied directly to supporting efficiency incentives and the deployment of renewable energy.

“We’re just really not sure how they get from broadband internet to energy efficiency,” said Mitch Brey, campaign coordinator of RePower Madison, told Midwest Energy News last week. “I worry they’re going to basically use this money for rural broadband with very little energy efficiency.”