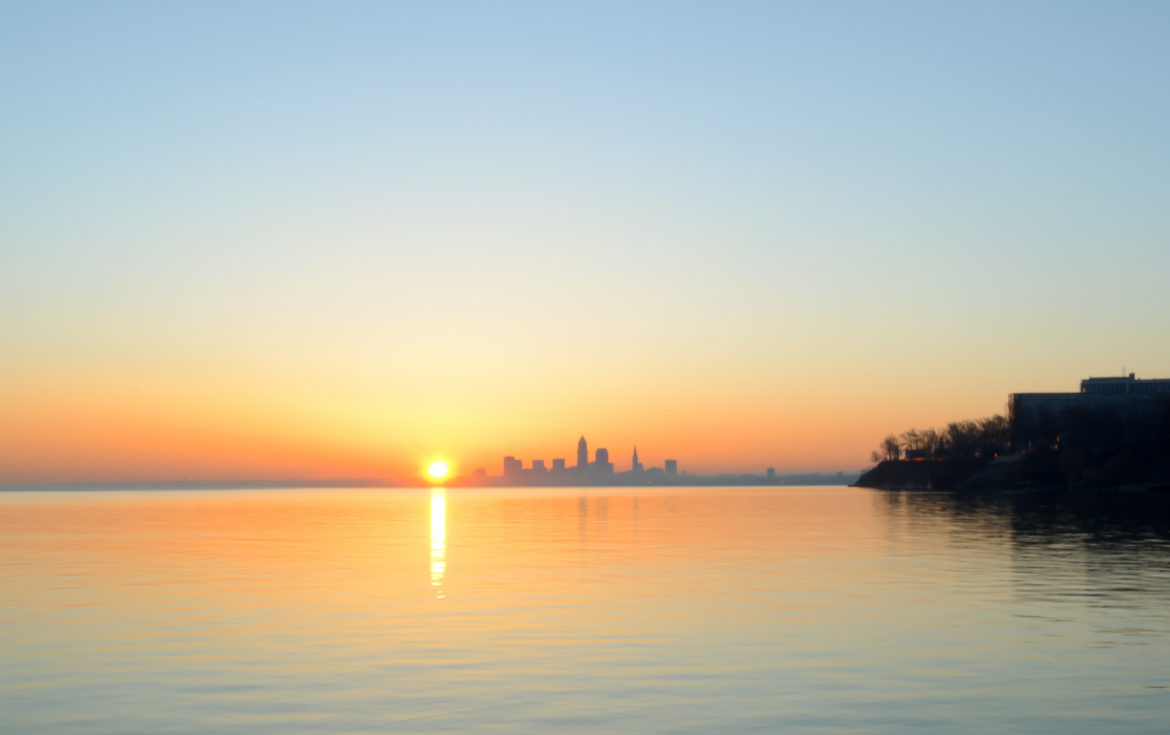 A wildlife expert says proposed wind turbines in Lake Erie will be far enough offshore that they pose minimal risk to wildlife.

A proposed offshore wind farm in Lake Erie will have a minimal impact on wildlife, according to an environmental consultant who says it’s “the lowest-risk project I’ve ever worked on.”

Developed by LEEDCo, the Lake Erie Energy Development Corporation, the Icebreaker project is currently on track to be built about eight miles north-by-northwest of Cleveland during the summer of 2018.

With scientific studies supporting its proposed location, a public information meeting last Thursday created an opportunity for residents to learn more about the project and ask questions.

WEST is helping to compile data for required risk assessments dealing with birds and bats, said Gordon, noting that he has worked on many offshore wind projects and is also an avid birder.

For starters, scientific reports show relatively few birds venture as far out as where the Icebreaker turbines will stand, he explained.

“We’re in a zone where there’s not many waterfowl out there,” Gordon said.

Much heavier numbers occur towards the western end of Lake Erie, especially during migration season, Gordon noted. And even if some birds would venture out that far, that would not necessarily mean that the project posed a risk, in his view.

“To have actual risk, you need more than just exposure,” Gordon stressed.

Some attendees remained skeptical, such as birder Kathy Murphy of Berea, Ohio. “My common sense tells me some of their data are very wrong,” she said.

Other birding enthusiasts and scientists, however, have noted that Audubon Society researchers concluded that climate change already threatens half the bird species in North America, have supported properly sited wind and solar generation, and are urging Ohio lawmakers to bring back Ohio’s renewable energy standards.

Scientists were also on hand to answer questions about aquatic life in the lake.

Researchers already know a lot about Lake Erie’s fish and food web, said Ed Verhamme of LimnoTech. Additional studies have been conducted and will continue for the specific area around the Icebreaker turbines.

“We’re establishing a baseline of how the system works,” Verhamme explained, noting that signs so far look promising. The additional studies are “more just establishing that there’s nothing weird about that part of the lake,” he said.

Icebreaker’s design will provide additional protections for underwater life, said Karpinski. The project’s monopile foundation and an innovative installation and removal method mean the project will involve “no pile driving or any kind of excavation,” he explained. Proceeding that way will minimize potential sound pollution, Karpinski noted.

Lake Erie is a “great wind resource,” Karpinski said, noting that the absence of nearby land masses produces a more consistent wind than that found on land.

‘A whole host of jobs’

In addition to animals, the meeting also discussed the project’s impacts on humans.

“We’re positioning Cleveland to make a positive impact in the environment, on jobs in the community and really on the health and environment of the future,” Karpinski said.

“There’s a whole host of jobs that will be in demand to support this industry,” Karpinski continued.

Among those eager to meet LEEDCo staff and learn more about Icebreaker were representatives of local unions, including Richard Jordan of Iron Workers Local Union No. 17.

Icebreaker “would put our people to work up here” in three to five of the union’s trades, said Jordan. “There’s a lot of opportunity for Cleveland to keep growing,” he added, noting that he can see the lake eventually having hundreds of turbines.

“And the most important thing is the renewable energy,” Jordan continued. Although he doesn’t see himself as a “green person,” he said, “we need to get rid of the pollution.”

Experts at the federal and state regulatory agencies will be reviewing all the data and deciding how best to let the project proceed, said Lorry Wagner, president of LEEDCo.

“They’re the experts. And they’re the ones with whom, in partnership, we will get it right,” he said.