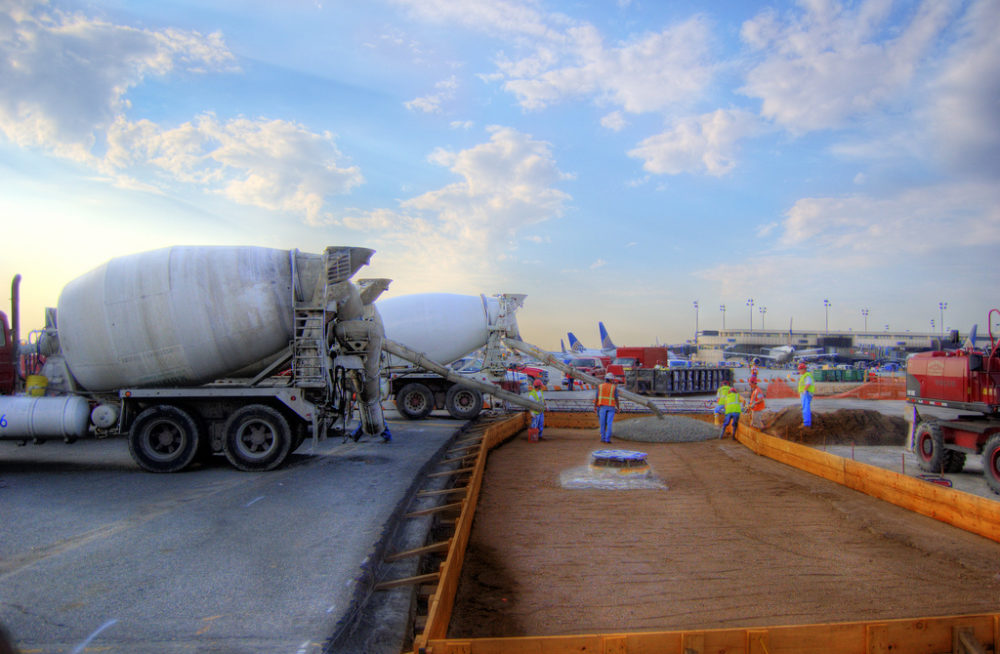 The use of recycled coal ash in concrete can cut down on more emissions-intensive Portland cement.

Deadlines in North Carolina’s coal ash law have some worried that Duke Energy may choose recycling options that could leave prospective concrete customers unsatisfied and much of its coal ash inventory in wet impoundments.

Henry Batten, president of Concrete Supply Co. in Charlotte, says he is committed to buying Duke Energy’s recycled coal ash even though he says it will cost him more than purchasing imported Asian ash. However, because of state law, he questions whether Duke Energy can choose to build the type of reprocessing plant that produces ash that, he says, “is 100 percent consumable by us without question; in fact, I would take it all day, every day if I could get it.”

Citing geopolitical concerns, he says having a regional source of coal ash that meets international and state specifications for concrete is critical for his company. But his preferred process for beneficiation – optimizing the ash for use in concrete — is the most expensive, and Coal Ash Management Act (CAMA) deadlines don’t seem to leave room for facilities with long enough lifespans to justify the investment.

Between its North and South Carolina operations, Batten reports that his company “consumes about 2.1 to 2.5 million tons of ash annually,” adding, “I’m probably the largest consumer of ash in the Carolinas, and I made a commitment that I would buy that ash because I need a reliable source.”

Batten made his comments during a presentation to the Alliance of Carolinians Together (ACT) Against Coal Ash group.

“We feel like the better informed we are, the better we can make decisions, and the better we can advocate for those people who will be most affected,” says, Caroline Armijo, a member of ACT, who says she never imaged herself advocating for the concrete industry.

The law also requires the company to announce siting for two of the three plants by Jan. 1, 2017, and a third by July 1, 2017. In October, as part of a lawsuit settlement, Duke identified its Buck plant, in Salisbury, North Carolina, as one of the three sites.

The company could go with one or more of multiple options at the two additional plants, and those options could be provided by different vendors; the technology used at each plant could vary since the technology selected must be site-specific.

The associated costs range from less than $5 million for dry-ash-handling only to more than $50 million for thermal beneficiation that can process both wet and dry ash. It’s the latter that produces the quality of ash Batten wants for his concrete company.

A market study, to be presented to the North Carolina Environmental Management Commission on Nov. 9, states, “To our knowledge, the only large scale commercial operation in the U.S. that is currently processing wet ash is the SEFA STAR process.”

Another company, PMI Ash Technologies, based in Raleigh, is listed as a thermal beneficiation company for dry ash using its Carbon Burn Out process, but CEO Lisa Cooper says her company is also qualified to handle wet ash.

Both she and Jimmy Knowles, Vice President of Market Development and Research at The SEFA Group, headquartered in Lexington, South Carolina, say that the $50 million price tag represents the high end of the price range for thermal facilities at large coal-fired plants, but that it’s not an unreasonable estimate.

“The cited all-in cost above would be for a large plant, probably with a maximum feed rate approaching 500,000 tons per year,” says Knowles. “The design for an ash beneficiation plant at any of the Duke Energy sites in N.C. would probably be similar in size.”

Cooper says the price estimate likely includes storage, an important consideration during winter months when there is less construction activity. She says storage costs could be mitigated through agreements with ash marketers.

A site’s location could also drive beneficiation costs up. “We have a nice plant in Georgetown, South Carolina,” says Knowles, “but between the seismic zone it’s in and hurricane issues, there were all kinds of additional costs that were built into it that increased the costs.”

Duke Energy could also save by mixing and matching its options, installing the more expensive, but smaller-scale, thermal option along with less expensive dry-ash processors, enabling its ability to upgrade or expand its ash processing in the future in response to market conditions.

The company has only begun the process of requesting information from the companies and declined to comment on vendor-related matters.

Duke could be competitive on coal ash

The market study, produced by Electric Power Research Institute (EPRI), the University of Kentucky Center for Applied Energy Research and Golder Associates, indicates that Duke Energy is well positioned to turn coal ash into a revenue stream with its “competitive advantage” in North Carolina. The study also noted that Duke might be competitive in several other states as well and that annual demand for coal ash is increasing.

In fact, demand is so high that Batten says the controversial “cap-in-place” closure method isn’t a deterrent. Capping an impoundment, however, would add to closure expenses.

“We would hope that every plant that ever gets capped would eventually allow us, or someone like us, to harvest that ash for reuse in concrete because it’s better – it’s a more sustainable option than leaving it in the impoundments,” says Batten.

“We are exploring how cap-in-place designs can be used to allow for potential coal ash recycling,” says Duke Energy spokesperson Zenica Chatman, adding that in Florida the company is harvesting previously capped ash to meet market demand there.

North Carolina ratepayers could pay for the beneficiation plants, but they could also benefit from them.

According to the study, “Beneficiation will be most attractive at those facilities that will eventually require excavation of the ponded ash, do not have an alternative use (e.g. clay mine fill), and have a minimum 15 to 20-year period to evaluate, design, construct, and operate a beneficiation facility.”

Deadlines were mentioned as an impediment, however, though the 2016 law allows the secretary of the Department of Environmental Quality to extend the deadlines.

The lifespan of a thermal beneficiation plant is estimated to be 30 years.

No one seems to know how the deadlines in CAMA were determined. Duke Energy said to ask the legislators, but each legislator asked either didn’t respond or suggested that another legislator be asked.

“I can say that closure deadlines are one of the factors that we look at in determining where these units will ultimately be located,” said Chatman. “Sites with closure deadlines in the 2028-2029 time frame are better candidates for recycling since it allows you time to recycle a substantial amount of material, making the investment more cost competitive with other closure options.”

Duke Energy estimates it has 158 million tons of coal ash stored in impoundments and landfills at the company’s 14 North Carolina plants, with 124 million tons at its active plants. At the rate of 900,000 tons per year, it would take 138 years to beneficiate its current inventory at active plants (assuming no waste ash, and not counting gypsum, which is also recycled from coal ash).

Despite lower ash production as the company’s energy mix shifts more toward natural gas, the study predicts Duke Energy will continue to produce more than a million tons of ash annually for the foreseeable future.

Ash that is not beneficiated will be relegated to landfills or left in wet impoundments.

Southern bakers know that the wrong flour can ruin their biscuits. The same goes for concrete made with coal ash.

The market study states that thermal beneficiation processing “is a proven and highly flexible technology that can operate on a variety of ash types with a wide range of carbon concentration. It produces an ash that is low or even free of carbon. It also eliminates ammonia from fly ashes impacted by nitrous oxide controls. In addition, the process also produces ash with improved fineness by liberating the very small particles that are trapped in the carbon particles.”

Coal ash displaces Portland cement in the concrete mixture, and the ash makes for a more durable product. Further, the creation of Portland cement is also a major contributor to greenhouse gas emissions. For those reasons, coal ash is now required to be used for many construction and transportation projects.

“In order to make concrete to meet specifications,” Batten says, “we have to have it.”

Following publication, we received additional information from Jennifer McGinnis, Attorney and Principal Legislative Analyst for the N.C. General Assembly, as requested by Rep. Pricey Harrison. In essence, McGinnis said that due to confidentiality agreements she couldn’t speak specifically to how the coal-ash cleanup deadlines were established in North Carolina law, but that based on public feedback that “I think there was a desire to close the ponds, and eliminate associated risks, as quickly as possible.” She also referenced the U.S. Environmental Protection’s coal-ash regulation, which became effective in Oct. 2015.