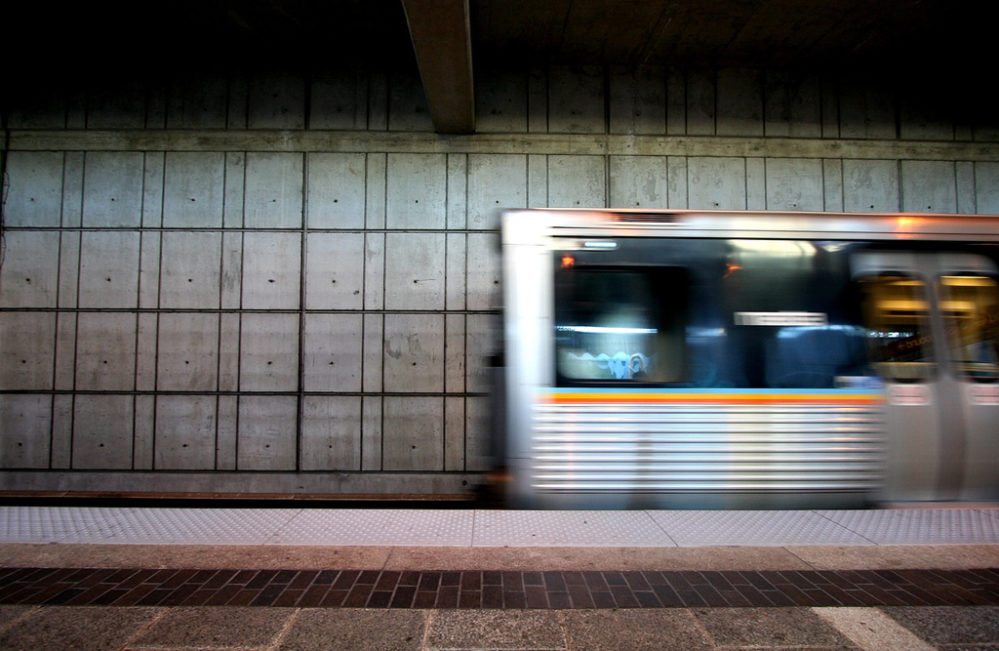 Atlanta's MARTA system will be among the beneficiaries of new transportation funding throughout the Southeast.

“When it comes to transportation, the Southeast is realizing that it has to catch up with the rest of the country and the rest of the world,” said Karen Rindge, director of the group WakeUP Wake County in North Carolina, which led the charge for one of the region’s successful ballot measures.

After decades of inaction, Wake County voters caught up to their neighbors yesterday in Orange and Durham counties, who had earlier voted to invest in a regional light rail system. The county that includes state capital of Raleigh adopted a half-cent sales tax increase to help fund a $2.4 billion plan that includes bus rapid transit, improved and expanded bus service, and a commuter rail from Garner to Durham.

“I’m elated,” Sig Hutchinson, a Wake County commissioner and a chief proponent of the ballot measure, said about the night’s victory. “I’ve worked for 20 years on this referendum and finally we got it done. This is a whole new day for Wake County. This is going to take us into the 21st century for transportation options.”

“We’re feeling awesome,” said Rindge with WakeUP Wake County, “and we couldn’t have done it without a very broad, diverse coalition of organizations, businesses, and colleges. We went across party lines and across interest [group] lines and that’s how we won.”

With the existence bus service at stake in the city of Huntington, West Virginia, near the Ohio and Kentucky borders, 73 percent of voters approved a five-year property tax renewal for the Tri-State Transit Authority.

Voters in Monongalia County, home to Morgantown and the University of West Virginia, also approved a small property tax increase to support the county’s transit authority.

After rejecting a similar measure two years ago, by a wide margin Fulton County voters in the city of Atlanta adopted a half-cent sales tax for a 40-year plan to expand subway service, improve bus service, add new streetcar lines and build infill stations. The city’s voters also approved a .4 percent sales tax to add to the city’s greenway and create bike and pedestrian infrastructure.

“It’s the biggest expansion of MARTA in the city’s history,” Atlanta Mayor Kasim Reed told the Atlanta Journal Constitution late Tuesday, speaking of the city’s subway system. “I want to thank the people of Atlanta,” he said, anticipating the referendums’ approval.

In Charleston, South Carolina, 51 percent of voters agreed to a half-cent sales tax to fund a plan that includes roads, public transportation, and greenbelt projects. Advocates are now working to convince the County Council to use at least $600 million of these funds for bus rapid transit and upgrades to the existing bus system.

“Today, the voters of Charleston County made it clear that they want real traffic relief, and they’re prepared to do what’s necessary to fund it,” Charleston Mayor John Tecklenburg said. “Now it’s our duty as public servants to work closely with our citizens to ensure that these new transportation and public transit dollars are spent wisely, and only on projects that directly relieve traffic and improve our citizens’ quality of life.”

Voters in the Washington, D.C. suburb of Arlington County, Virginia easily approved a $58.8 million bond measure to help finance the cost of various capital projects for the area’s subway system and other transit, pedestrian, and road projects.

Nearby in Fairfax County, voters adopted a $120 million bond measure to help fund new rail cars, buses, and rail station improvements to increase the capacity of the rail system infrastructure.

Virginia Beach voters, however, resoundingly defeated an advisory measure on the use of “local funds” to extend Light Rail from Norfolk to Town Center in Virginia Beach.

Voters in Broward County, home to Fort Lauderdale, rejected a penny sales tax increase, half of which would have supported public transportation, including expansion of light rail.

Local 10 News, the ABC affiliate in the area, reported that “opponents worried that the additional funds would not be used properly after a similar measure in Miami-Dade was passed years ago, only for residents to see more tolls added to county roadways.”