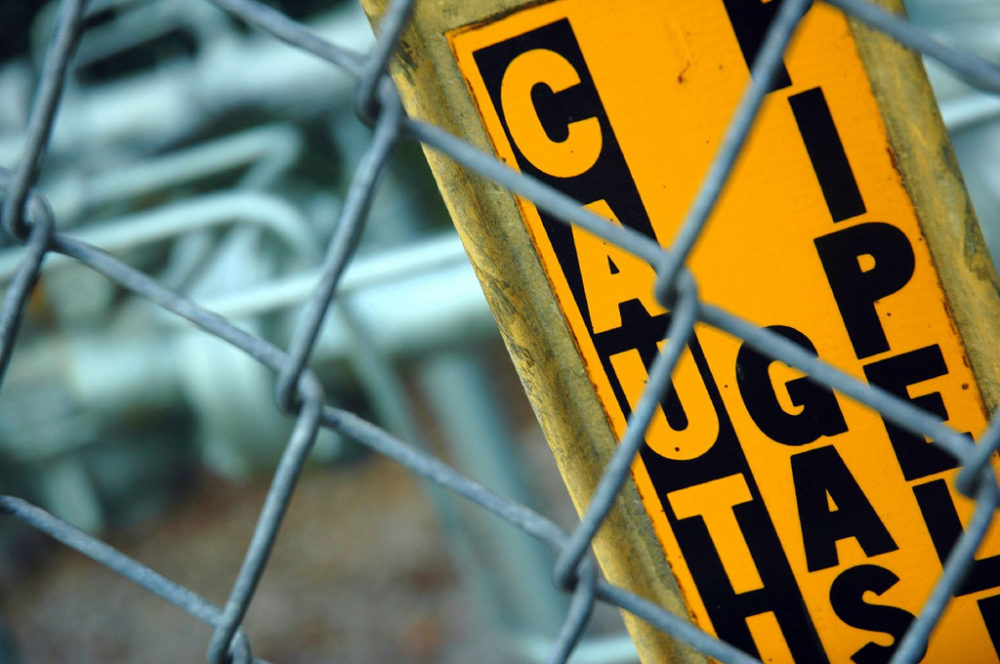 While the shale boom has seen a proliferation of new natural gas pipelines throughout the Southeast, critics say many of the projects are not needed and are simply a way for developers and utilities to reap profits on the backs of ratepayers.

The Marcellus shale—which lies beneath much of Ohio, West Virginia, Pennsylvania and New York—is now “sprouting pipelines like an octopus,” according to Greg Buppert, senior attorney at the Southern Environmental Law Center (SELC). “Several of those pipelines put ratepayers throughout the Southeast region at risk.”

Attorney Diana Csank, a staff attorney at the Washington, DC office of the Sierra Club, agrees, adding that the group’s October comments to the Florida Public Service Commission “piece together data that indicate there is a massive overbuild happening in a dangerously gas-reliant state.”

According to a filing by the Sierra Club, new gas generation heading to Florida will increase its all-time high gas reliance, 71% of the state generation total, even higher, to 74%.

The notion that companies would deliberately overbuild infrastructure for profit is not necessarily a controversial one.

“The pipeline business will overbuild until the end of time,” announced Kelcy Warren, CEO of Energy Transfer Partners (ETP), a Dallas, Texas, natural gas and propane company, at an August 2015 earnings call.

At least four large proposed pipelines will traverse the southeast, and are the focus of overbuilding concerns on the part of the Sierra Club, the Southern Environmental Law Center, Atlanta-based GreenLaw, and other organizations—all of whom cite evidence that the proposed pipelines may not actually be needed to meet projected demand.

Two of the planned pipelines—the 550-mile Atlantic Coast Pipeline and the 300-mile Mountain Valley Pipeline—will cost $9 billion to complete and will run into Virginia and North Carolina from the Marcellus and Utica shale region of West Virginia. The third, the 516-mile Sabal Trail Transmission Pipeline, is part of the larger Southeast Market Pipeline project, which traverses 685.5 miles to the southeastern United States and Florida.

Sabal Trail will cost $3 billion to complete and will pick up Marcellus-sourced gas piped “backwards” down the existing 10,200 mile Transco pipeline to Alabama, before it continues on through south Georgia and into Florida.

The fourth, Atlantic Sunrise, is a $3 billion project to expand Transco’s mainline by two hundred miles, connect to Sabal, and supply Florida.

In August, The Gulf Restoration Network, the Sierra Club and Flint Riverkeeper filed a lawsuit against Sabal Trail, alleging that the pipeline will move gas over environmentally sensitive wetlands in three states, as well as traverse an area that provides drinking water to approximately 10 million people. In October, SELC filed a motion to reject the current proposed route of the Atlantic Coast Pipeline, noting that it runs through protected private lands and easements that border national forest (a previous route through the public forest itself was rejected by the U.S. Forest Service in January of 2016).

Environmental concerns aside, the three pipelines may not be necessary, according to new research as well as data-mining of publicly available utility company filings.

“The Federal Energy Regulatory Commission (FERC) oversees interstate gas pipelines, and they invented the rubber stamp,” says Buppert. “It’s fair to say they don’t turn down pipeline requests, and it’s also fair to say they do not look under the hood on the question of public necessity.”

But SELC, in conjunction with Appalachian Mountain Advocates and Synapse Energy Economics, a Cambridge, Massachusetts environmental consulting firm, did look under that hood, producing a detailed study of the proposed Atlantic Coast and Mountain Valley Pipelines in September of 2016. That study suggests that existing pipelines can supply more than enough fuel to power the region through 2030.

“Despite what we have heard from the utilities, we will have plenty of power and heat without these pipelines,” says Buppert.

‘An opportunity for a windfall’

Pipeline developers generally rely on the expectation that there will be significant growth in population and regional natural gas use for electric power generation over the next 20 years, but the Energy Information Administration (EIA) has revised its forecasts of electricity consumption in the region steadily downward over the last 15 years.

In their study, Synapse developed both low and high scenarios of future natural gas use for the region. They examined wintertime peak demands, and took into account a worst-case scenario of a future with less renewable energy, as well as more need for natural gas to run power plants converted from coal. They estimated the highest combined electric and non‐electric natural gas demand in any hour of the year in order to compare this “peak hour” value to the region’s anticipated supply capacity of natural gas. Supply exceeded peak demand until 2030 due to existing pipelines, storage capacity, planned upgrades, and the expected 2017 reversal of flow in the Transco pipeline, which will lead to a significant increase in natural gas capacity in the region.

The study also found that investment in new storage facilities as well as programs that pay large electric consumers to shift demand off of peak hours would actually lower annual demand.

Pipeline developers have traditionally relied on subscription rates as a demonstration of need for new pipeline capacity. However, subscription has become a questionable metric, says Buppert, since many utilities are now on both sides of the financial transaction, both building pipelines and using their own affiliates or subsidiaries to buy the gas.

When developers of the Atlantic Coast Pipeline applied to FERC in October of 2015, 96% of the pipeline capacity was already subscribed, and the contracts for the majority of the capacity were with subsidiaries of the companies proposing the project, according to IEEFA. Similarly, the Mountain Valley Pipeline project is fully subscribed—by affiliates of the companies that are joint partners in the project.

With a federally guaranteed, handsome rate of return (as high as 14%), utilities “see an opportunity for a windfall,” says Buppert. “That windfall will burden customers with higher bills to cover the cost of the construction. Ultimately even if the pipeline is moving squirrels and not gas, ratepayers will still be on the hook for the cost.”

‘A glimmer of hope’

Buppert says SELC is about to file the Synapse report with FERC, and believes sentiment at the agency may be shifting: “We’re starting to feel a glimmer of hope. Last week FERC wrote a letter to energy company Dominion, requesting more information in regard to the Atlantic Coast Pipeline.”

Some of FERC’s questions referenced filings from citizens living in the Rockfish Valley area of Virginia; they had collected information about historic resources in their area that would be impacted by the pipeline. “It’s an indication that FERC is reading what’s posted, and responding to it.”

Similar overbuilding concerns have been highlighted by the Sierra Club in October public comments on the Sabal Trail Commission pipeline. According to the Sierra Club, Florida Power and Light moved forward with the construction of Sabal Trail in spite of the fact it will provide double the amount of gas they may need. In 2013, in public testimony, FPL projected a need of 400,000 decatherms (Dth) a day by 2017 and 600,000 Dth/day by 2020. In their 2014 application to FERC, they projected that Sabal Trail will provide 800,000 Dth/day by 2017 and 1.1. billion Dth/day by 2020.

“They are violating their own state law,” says Csank. “Florida law requires utilities to provide least-cost service, but the utilities are unprepared to do so because they fail to perform options analyses; the utilities thus never try to (nor could they) square their gas-laden plans with the alternatives available to them in the market.”

It is time, says Csank, to revisit FERC’s regulations. “The market has changed dramatically since Congress passed the Natural Gas Act: we were a gas importer then with the relative scarcity of gas, gas was thus seen as a ‘good.’”

As the Sierra Club put it bluntly in their October comments: “With no shortage of cost-effective alternatives in the market, especially renewables and energy efficiency, the only way to explain the utilities’ gas generation proposals is that they aim to benefit entities other than customers.”