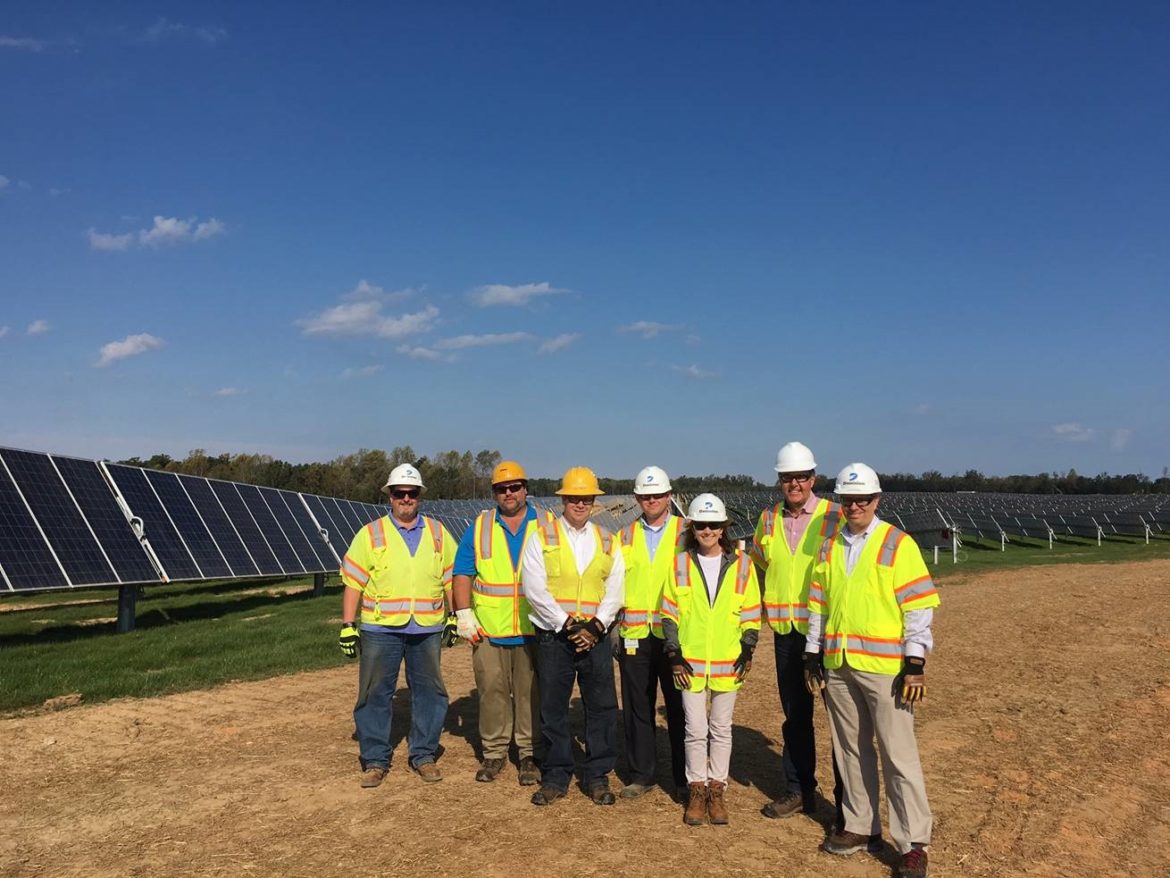 Large solar systems in Virginia are set to grow significantly through 2017. But with few buyers other the state’s dominant utility, the push may slow after that due to lack of sustainable demand and the policies to drive it.

That’s the view of several market and policy experts and solar developers. While encouraged by the spurt of activity projecting a total of about 130 megawatts (MW) of solar installed in Virginia by year’s end and perhaps as much as 300 MW in 2017, observers doubt whether any major real growth in large projects (5 MW and larger) will result without enabling policies, especially if the Clean Power Plan doesn’t survive under President-elect Donald Trump.

“Is Virginia the next hot market? It will be between 100 and 300 MW per year for the foreseeable future,” said Matthew Meares, a partner at Virginia Solar LLC. “But I don’t think it will be much bigger given what we know.”

Two overriding factors converged by 2014 to set the stage for a spurt in utility-scale solar in Virginia: Growing interest by Virginia lawmakers and Gov. Terry McAuliffe; and a decline in the cost of solar panels that convinced Dominion Virginia Power that it could start making money by acquiring and developing solar projects for its regulated customers.

In addition, when Gov. McAuliffe and allied lawmakers pressed Dominion for a commitment to develop at least 500 megawatts of solar by a certain date, the utility agreed to a voluntary goal of 400 megawatts by 2020. Solar advocates and developers are waiting to see what happens after that.

“Utilities are figuring out how they can make money (with) renewable energy,” said Kyle West, Director of Project Development for Coronal Development, which has served as a consultant on solar to Dominion. “Solar’s price is at grid parity already in a lot of states,” West explained. “Utilities know it’s going to keep getting cheaper.”

“We’re really just starting to ramp up on the regulated side,” said Diane Corsello, Director of Business Development for Dominion utility solar projects in both Virginia and North Carolina.

Corsello explained how an unregulated affiliate of Dominion Virginia Power has been developing and acquiring solar projects outside of Virginia since 2013, now totaling almost 1 gigawatt of capacity.

Corsello said because retail electricity prices are higher in states such as California, Connecticut and Utah, the return on shareholders’ investment was high enough to justify a push there initially. Along the way, she said, the utility has learned how to make solar cost-effective for its customers and profitable for shareholders.

A third factor driving solar’s growth surfaced about a year ago: Congress extended and President Obama signed into law an extension of the 30% Investment Tax Credit (ITC) for solar and certain other renewable energy systems through 2019, followed by a two-year phase-out. That credit was slated to expire this year. Utilities take it and depreciation over the life of the project while non-utility developers can take it in one lump sum and depreciation over five years.

How the now-expected defeat of the Clean Power Plan next year affects the future of solar in Virginia is on the minds of many energy professionals. Although Dominion wouldn’t comment, it is likely under review inside Dominion’s executive suite. Most advocates say they believe the ITC will survive any assessment by President-elect Trump and his energy policy team on its merits.

“If anybody knows what’s coming, send them my way,” said Gary Wood, CEO of Central Virginia Electric Cooperative. He said he suspects a defeat of the Clean Power Plan will slow the pace of solar’s development, especially if natural gas projects and pipelines get a boost from the Trump Administration. “The tax credits are an important part of solar projects remaining cost competitive.”

Central Virginia Electric Cooperative this year agreed to buy power for the next 25 years from two 5 MW solar systems developed by Coronal. Without the extension of the ITC, Wood said those deals wouldn’t have made sense.

Without an agreed-upon financial value for solar in Virginia, at today’s prices it is by traditional measures more expensive to build per megawatt than new natural gas power plants, which Dominion is building a lot of.

But Corsello said Dominion ”gets” how gas prices could rise over time while solar’s costs are expected to continue dropping. A new and expanding internal project development team is assessing regulated solar opportunities throughout Virginia, as well as in North Carolina, which has a renewable energy requirement.

Additional pressure in the energy sector comes from large companies like Amazon, Apple, Google and Microsoft seeking to power their energy-hungry data centers with renewables.

Microsoft negotiated a deal for its data centers in Northern Virginia with Dominion and the state government. To attract or keep those centers in their regulated service territory, or within the PJM power grid that includes it, industry sources say Dominion, like other utilities and their unregulated affiliates, have little choice but to work things out.

“Utilities realize they can either work with them or they can see their business go elsewhere,” Coronal’s West said.

Beyond proposing, securing the needed permits and transmission lines and then building a large solar system with the help of contractors, there are other ways Dominion can approach, and claim credit for, solar.

A utility can acquire an existing system outright or it can acquire a system with a previously negotiated power purchase agreement (PPA) once it’s ready to start generating power.

Developers have three advantages over utilities in creating solar projects, says Ivy Main, the Sierra Club’s renewable energy chair in Virginia. “They are experts at what they’re doing, they work on slimmer profit margins, and they get better tax treatment. Dominion loses all three advantages” if it builds solar projects itself.

Solar projects generate one renewable energy certificate (REC) for every 1,000 kilowatt-hours of electricity produced. Because Virginia lacks a solar mandate, owners that want to sell RECs from Virginia offer them to buyers in states with a mandate. Those deals are often integral to making a PPA work for developers.

Allowing third-party systems with PPAs for businesses is widely viewed as a threat to Dominion. That is something advocates continue to push for during Virginia’s annual legislative sessions.

While the third-party PPA pilot is nowhere near “utility scale,” advocates hope it will demonstrate for lawmakers what businesses would be able to do on a much larger scale with the attendant job-creating and environmental benefits.

The potential for large scale solar in Virginia is attracting interest from independent developers. Virginia Solar has its roots in North Carolina’s robust solar market as SunWorks NC LLC. As one of both companies’ three partners, Meares cautions that for all claimed potential for large solar in the commonwealth, demand realistically is limited to what Dominion wants.

“There’s more supply of projects than there is demand,” Meares said, not just in Virginia but in the PJM power grid that Dominion’s North Carolina sister company is a part of. “Let’s be honest, 400 MWs between now and 2020 is not a huge amount of power. It’s a very small set of projects,” Meares added.

The way Meares sees it, Dominion could make the case for 3 gigawatts (3,000 MWs) between 2020 and 2030. “That’s good for ratepayers. Maybe we’ll see that, maybe we won’t. It’s really a function of natural gas prices.” Meares said he expects announcements soon about 180 MW worth of new solar projects in Virginia.