Photo By
FirstEnergy via Creative Commons 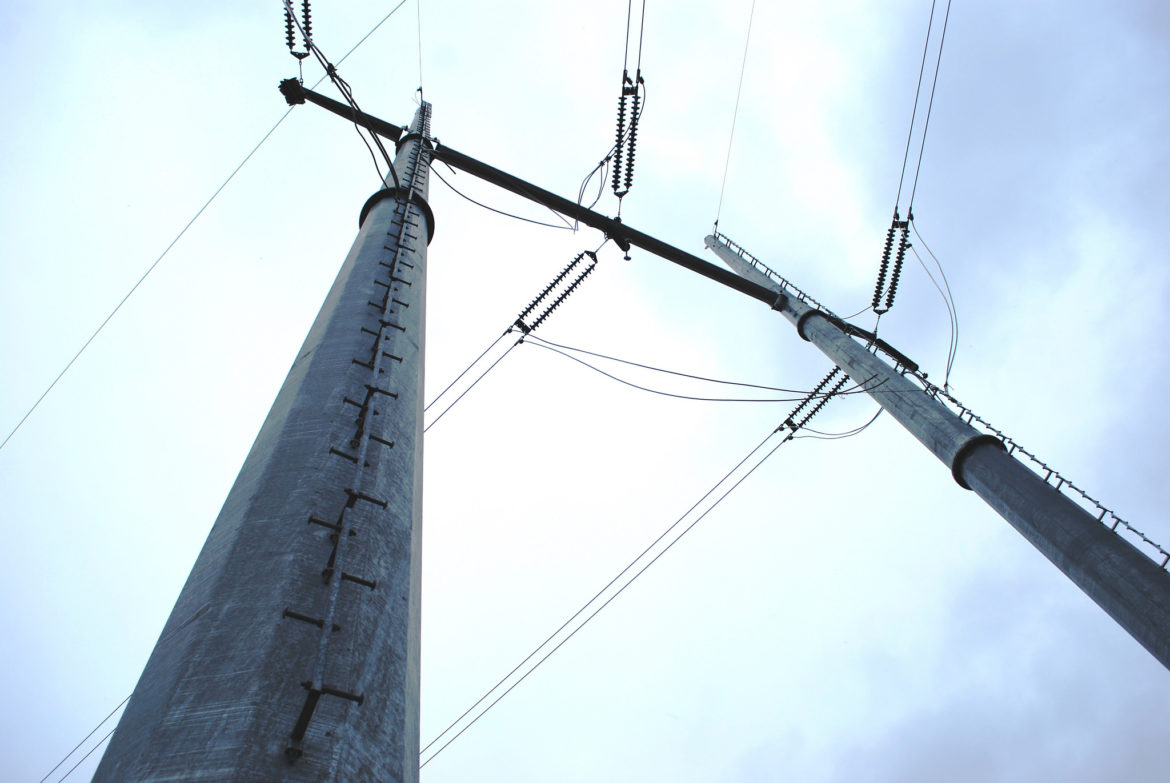 In addition to recent moves to seek re-regulation to limit competition in Ohio’s electricity markets and to back out of a major contract for half a million customers, FirstEnergy told state regulators this week that more than $200 million in annual charges wasn’t nearly enough to prop up the company’s credit rating.

“It can hardly be disputed that the Companies and their corporate parent face a challenging future,” FirstEnergy’s filing said. “They have credit ratings at or near the bottom of the investment grade range.”

Critics say FirstEnergy’s dilemma stems from bad business decisions that consumers should not have to pay for.

“This is a company that’s made a series of terrible strategic mistakes and now wants somebody to rescue it,” said Sandy Buchanan at the Institute for Energy Economics and Financial Analysis.

FirstEnergy’s filing asks the Public Utilities Commission of Ohio to reconsider an order issued last month that would make customers pay roughly $204 million per year for three years, with a possible extension to five years.

Critics said both versions of the plan would have cost about $4 billion, plus additional charges the company later said it also wanted.

PUCO said the company could instead collect only a charge to bolster its credit rating for whenever it eventually begins grid modernization projects.

FirstEnergy’s filing this week said that would be merely “a half-measure of credit support.”

FirstEnergy also argued that it should get the charges for at least eight years, claimed it should get profits for energy efficiency savings that were part of a settlement agreement, and objected to terms that call for PUCO review of progress towards grid modernization.

“The Companies’ ability to access capital is in jeopardy,” FirstEnergy’s lawyers wrote in its brief.

Consumers, environmental groups and others have also objected. Among other things, they argued that Ohio law does not authorize charges to boost a credit rating, particularly where there are not particular services or specific limits on the money’s use.

“The credit support will require FirstEnergy consumers to pay $612 million over the next three years or more than $1 billion over five years. It is not for the electricity that they use,” said a filing by the Office of the Ohio Consumers’ Counsel and the Northeast Ohio Aggregation Coalition and communities.

Instead, the brief continued, the charge “can be used to subsidize FirstEnergy Corp or its unregulated generation affiliate in any way they see fit.”

Opponents also raised objections under Ohio’s law calling for corporate separation of distribution and generation. Since 1999, Ohio consumers have been able to choose their electricity generation supplier.

Distribution customers should not subsidize a utility’s parent or generation affiliate, either directly or indirectly, say FirstEnergy’s critics.

“This is simply another unnecessary bailout for FirstEnergy which is in its present state due to its poor business decisions regarding its generation fleet,” said the Consumers’ Counsel and Coalition brief.

“Customers should no longer be subsidizing the power plants of Ohio’s electric utilities,” the Consumers’ Counsel and Coalition brief added. “Both the Ohio Revised Code and recent Supreme Court decisions show that such a subsidy is clearly unlawful.”

When consumer choice began, Buchanan explained, utilities collected a variety of additional charges. They included a “giant bailout for the nuclear plants” owned by FirstEnergy, she said.

“Utilities were paid for their so-called strandable investments… to induce them to support going into these power markets in the first place,” said Peter Bradford at the Vermont Law School.

As Ohio’s generation market opened up, Ohio lawmakers considered and then adopted renewable energy and energy efficiency standards. Then the combination of fracking and horizontal drilling led to a boom in Ohio’s natural gas production.

But as prices for both natural gas and renewable energy dropped, FirstEnergy continued to concentrate primarily on coal and some nuclear plants for electricity generation.

“FirstEnergy has doubled down on dirty energy for years while leading the effort to kill Ohio’s clean energy standards,” said Trish Demeter of the Ohio Environmental Council. “Not surprisingly, they now find themselves unable to compete in today’s competitive market.”

And even though nuclear power plants don’t have carbon dioxide emissions, subsidizing the Davis-Besse nuclear plant or other nuclear generation stations is also not an efficient solution, said Tim Judson of the Nuclear Information and Resource Service, based in Takoma Park, Maryland.

“The subsides being promoted for nuclear power are absolutely going to divert resources away from more cost-effective ways of reducing emissions,” including renewable energy, Judson said when NIRS released a report on nuclear plant subsidies earlier this month.

Competitive generation markets work well, Bradford said. In his view, it “really takes chutzpah of a rare order” for FirstEnergy or other utilities to seek additional charges now that some of their generation plants are in trouble.

In addition to its gambits at the PUCO, FirstEnergy’s president and CEO Chuck Jones announced the company’s intention to move back “to a regulated or regulated-light construct in Ohio” during the company’s earnings call for investors this month.

That statement followed up on earlier comments in which Jones said he would welcome re-regulation “in a heartbeat” and meshes with a similar announcement by American Electric Power this spring.

“What FirstEnergy is really saying when it’s talking about re-regulation is just another form of the bailouts they’ve been trying to get,” Buchanan said.

“Ohio’s energy needs must be met with diverse, clean, safe and reliable power supplies, delivered to customers over a modernized electric system,” FirstEnergy spokesperson Diane Francis said when asked to respond. “FirstEnergy believes that utilities that own generation, transmission and distribution that are vertically integrated and fully regulated are best situated to achieve these goals and effectively serve customers in the years ahead.”

That’s an about-face from FirstEnergy’s position just three years ago.

“Electric generation is a competitive market,” company spokesperson Doug Colafella said in 2013. “It doesn’t create a level playing field if one generator is basically getting all the costs paid by the ratepayers.”

And in Bradford’s view, it’s not in customers’ interest to keep certain generation plants “operating willy-nilly. That is not a market operational goal. . .that we see any need for,” he said.

As Buchanan sees it, FirstEnergy’s push to return to regulation and its other moves represent “a downward spiral that this company is going through, but a lot of it is of their own making.”

“Nobody’s lights are going to go out” if the company were to follow through on threats to close or sell generation plants, Buchanan added. “The electricity is just going to come from some other company, and probably from a more environmentally sound source.”