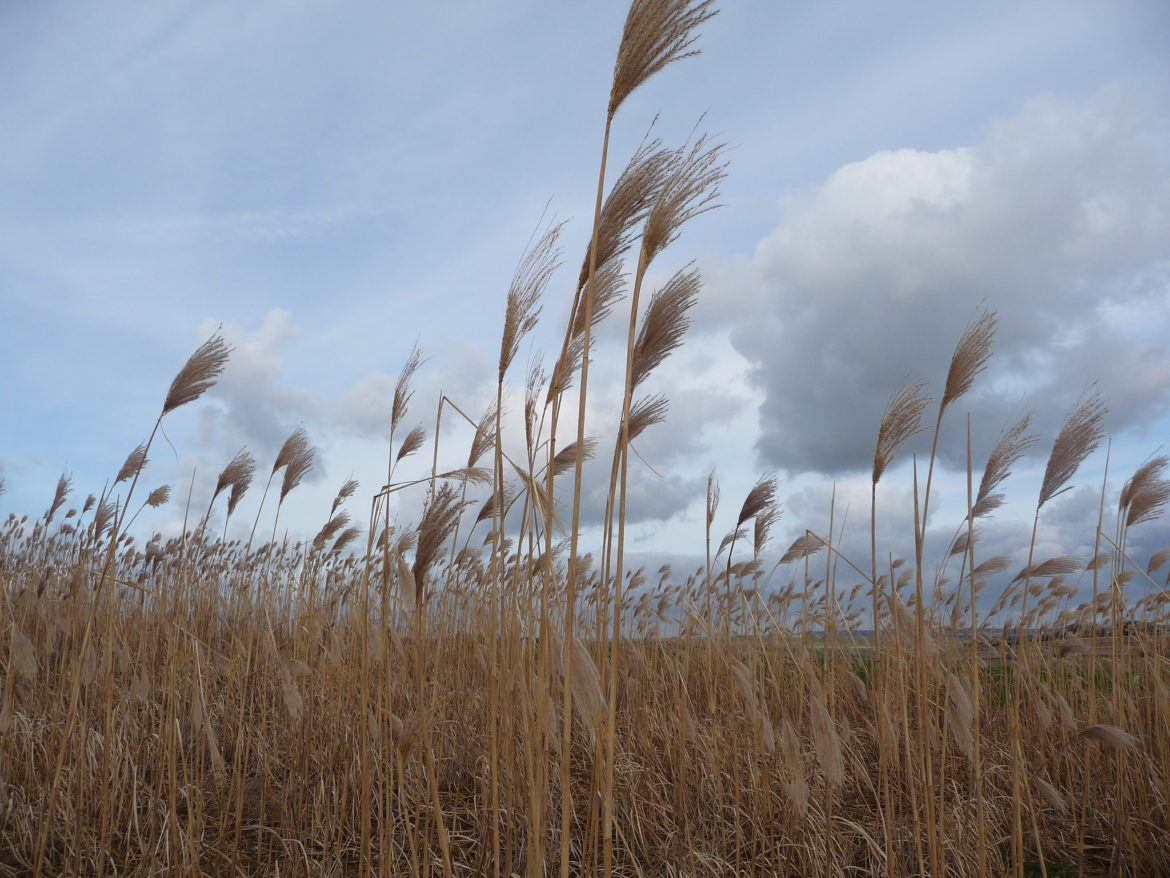 Miscanthus could be grown on marginal land for cellulosic biofuel production.

Cities and agricultural regions burdened with substantial organic waste and nutrient runoff could potentially convert their pollution into profitable industries that would both produce clean fuel and improve water quality, according to an Iowa consultant.

Shashi Menon, a managing partner at EcoEngineers, said that efforts to improve water quality, if coordinated with the production of clean fuels from organic waste, would enhance the effectiveness of both initiatives, while generating profits, particularly for farmers, as well as tax proceeds.

The processing of waste in anaerobic digesters, and efforts to clean rivers and lakes, have “been moving in parallel,” he said. “We started noticing that biogas and anaerobic digesters straddle these two major silos. We saw an opportunity.”

Menon and his economic-analyst partners at Goss & Associates attempted to calculate the financial and other benefits that could result from a synergistic approach to both producing high-quality biogas from municipal, industrial and agricultural waste and using marginal land to grow an energy crop such as miscanthus. It could be processed along with other organic waste in anaerobic digesters.

The benefits they tallied included revenues from the sale of high-priced renewable fuel and biomass fertilizer, jobs (both short- and long-term), and payments to farmers producing energy crops. Among the benefits they did not include in their math are reduced odor and pathogens in manure stocks, increased property values, recreational use of public waters and reduced air pollution resulting from the use of renewable rather than fossil fuels.

‘We started noticing that biogas and anaerobic digesters straddle these two major silos. We saw an opportunity.’

They roughly concluded that a $17.6 million investment in a digester to process municipal and industrial waste would, over 20 years, yield about $158 million in benefits.

On the agricultural side, they projected that an $8 million investment in a digester would yield about $70 million over 20 years. That would include payment each year of about $528,000 to farmers providing miscanthus, a high-yielding perennial energy crop that resembles bamboo.

Anaerobic digestion – the production of methane by decomposing organic matter in an oxygen-free environment – is nothing new. According to the American Biogas Council web site, 63 such systems now are working in Iowa. Some belong to landfills or wastewater treatment plants, others to dairies and other farm operations. But few, if any, of them process the resulting methane into pipeline-quality fuel, according to Menon.

Both the Council and Menon stress that there is a huge amount of unexploited potential, based on the amount of organic waste available in the state. The council estimates that there is enough organic “fuel,” as it were, to power another 1,140 digesters. In 2013, the National Renewable Energy Laboratory reported that Iowa produced more manure than any other state. In 2014, Menon and some researchers from Iowa State University created an interactive map of Iowa’s abundant supply of organic waste.

While the biogas resulting from anaerobic digestion typically is simply vented off, or perhaps burned on the premises for heat, Menon said that federal and state policies have enhanced the value of that material. The federal Renewable Energy Standard and California’s Low Carbon Fuel Standard have created a profitable market for renewable fuels such as that produced through anaerobic digestion. Both standards require that fuel refiners incorporate a gradually-increasing proportion of renewable fuel into their mix. In California, for example, that proportion started at one-fourth of a percent in 2011, but is to reach 10 percent by 2020.

With the removal of small amounts of contaminants, methane produced from organic waste could sell for about $23.49 per million British thermal units presently, according to Menon and Goss’s analysis. The gas commands a high price because of federal and state cellulosic biofuel mandates.

Aside from the premium prices paid for pipeline-quality renewable fuel, Menon suggested that farmers might have a second revenue stream in his scenario. If Iowa institutes a nutrient-trading program – which is now being discussed and piloted – farmers might be able to generate earnings by converting certain important crop lands from corn and soybeans to miscanthus or some other perennial plant.

Susan Heathcote, the water program director for the Iowa Environmental Council, is part of a committee that is now developing a system for trading water-quality credits. The idea is that pollution reduction in one area would generate credits that could be sold to another polluter.

Heathcote said that Iowa, like its neighbors Minnesota and Wisconsin, is likely in the next decade to adopt a more stringent method of measuring pollution, known as numeric standards. It will, in effect, require much cleaner water.

“These are policy issues we know are coming down the pike,” she said. “In Iowa, the League of Cities is looking at what we need to have in place when we have those standards.”

Enter the water-energy nexus. Menon hopes that tools developed to reduce water pollution, especially from farm lands, will lend themselves to the production of high-quality renewable fuel. Perennial plants, such as miscanthus, can absorb nitrogen and phosphorus much more effectively than annual corn and soybean plants, which are only sucking up nutrients about five out of 12 months.

While perennial plant roots are working year-round to reduce nutrient runoff, Menon said the top growth can be harvested and digested anaerobically, along with manure or municipal and industrial waste.

Heathcote cautioned that convincing farmers to abandon any of their corn and soybean crops won’t be easy. But she said that “stacking incentives,” as Menon is proposing, may prove persuasive.

Menon’s analysis estimates that one digester might use the miscanthus from about 1,200 acres, and that the associated nitrogen removal credits – assuming they would pay between $5 and $15 per pound of nitrogen removed – could generate between $8 million and $23.7 million for the farmer.

Menon pointed out that substantial wastewater treatment infrastructure improvements are imminent in a number of Iowa communities.

“The reality is that Iowa has to spend over $2 billion to upgrade municipal wastewater treatment infrastructure,” he said. “Simultaneously, we are also spending a billion dollars to reduce nutrient runoff.

“What we are recommending is that as we spend that money, we take into consideration the potential for anaerobic digesters to solve multiple problems in one investment.”