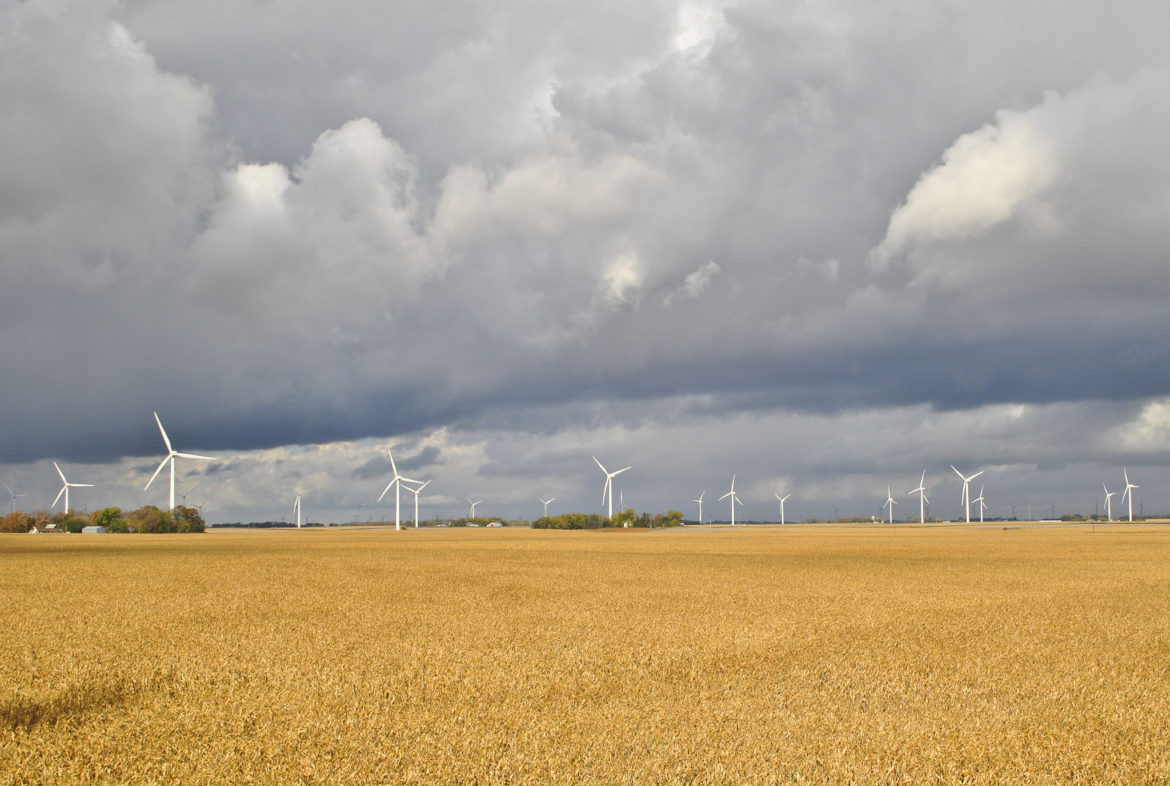 A new report says proposed renewable energy investments in Minnesota could create more than 5,000 construction jobs and $7 billion in economic activity, largely in conservative, rural parts of the state.

“We are clearly seeing a bigger (political) divide in Minnesota and clean energy is a way to bridge that divide,” said Chris Kunkle, Wind on the Wires regional policy manager for Minnesota. “You’re talking about advancing policies and investments from the Twin Cities that benefit rural Minnesota and create new jobs and tax revenue.”

And Minnesota is not the only place where wind development is happening in Republican districts.

“We’ve been talking about that for a while,” said Kunkle. “These are in really red areas, this is rural America. You look at where the best wind resources are across the country, from the Dakotas to Texas, and every one of those states is red.”

David Strom, project director for the Minnesota Conservative Energy Forum, said many Republicans are coming around to supporting renewable energy and saw the report as good news for rural areas of the state.

However, polling shows Republican voters have increasingly expressed concern with climate change and have grown more supportive of renewable energy, Strom said. They understand improving the quality of life for Americans will require attention to creating a cleaner environment, he added.

Some Republicans have put clean energy into an “ideological box” that does not allow them to accept it as a job creator and economic engine for growth, Strom said.

Now that renewable energy is firmly established in the state, he doesn’t see how legislation could unwind a growing market. In fact, solar and wind are “flat out competing with fossil fuels in terms of economics,” a situation unlikely to change, Strom said.

Issued by the University of Minnesota’s Energy Transition Lab team, the report uses data from the Midcontinent Independent System Operator (MISO) to study where proposed wind and solar is occurring.

Then, the research predicts the amount of economic activity that will likely take place if all of those projects were fully implemented.

The report reviews the impact on Minnesota of extending the federal Production Tax Credit for wind and Investment Tax Credit for solar, according to Ellen Anderson, executive director of the Energy Transition Lab.

“We analyzed utility and renewable company plans for new wind and solar projects and found that many of the new projects proposed are directly attributable to the extension of the ITC/PTC,” she wrote in an email.

Renewable energy is having a “localized impact” and driving economic growth in rural Minnesota by bringing jobs to counties struggling to create them, she argued.

Congress voted in December 2015 to extend tax credits for renewable energy, and if they were changed “jobs could be lost” in the future, Anderson added.

Some of the counties on the list for wind projects have already seen plenty of investment, including Lincoln, Noble, Pipestone and Martin in the southwest corner of the state.

Yet Kunkle points out that the footprint for wind has expanded to counties that have never had any projects.

“None of them have wind yet and three of the biggest projects are in Renville, Meeker and Yellow Medicine counties,” he said, which are farther north.

The reason for newly proposed projects in those counties stems from improved turbine technology that allows for greater production out of less wind, Kunkle said.

The new frontier for wind is outside the typical southwest corridor and Buffalo Ridge areas of the state, where much of the development has been concentrated, he said.

The report shows that more than 3,300 megawatts (MW) of wind projects could create 12,573 jobs, including those in construction, while paying property owners $9 million annually in lease payments and local governments in excess of $9 million in taxes.

Developers “are seeing demand on the horizon for more wind,” Kunkle said. “It’s reaffirming a trend that we’re going to continue to see clean energy development in the rural parts of our state.”

On a national basis, Trump’s desire to improve opportunities in coal country have engendered fears that he might pull apart the federal tax credits for wind and solar. But Michael Webber, deputy director of the Energy Institute at the University of Texas, believes perils exist for any move by Trump to push for the removal of tax credits.

“All those rural districts in America’s wind corridor might not be thrilled if their preferred candidate seeks to undermine one of their most important sources of economic growth,” he wrote recently in the New York Times.

‘Hard to stop a moving train’

For solar, the researchers found 633 MW planned for Minnesota, with the potential for more. More than $1 billion could be spent on solar, creating several thousand construction jobs that would dwindle to a much smaller number of permanent positions, the University of Minnesota report said.

The solar industry is proposing projects both in rural Minnesota and closer to the Twin Cities, where community solar gardens have been built and proposed in many suburban communities, Kunkle said.

What the Republican-held Congress and the Republican-dominated state legislature plan to do with renewable energy policy remains a large question. But Kunkle and Strom both believe that any policy change is unlikely to have much of an impact on Minnesota.

“It’s going to be a big five years for clean energy in Minnesota, and because of technological improvements we’re continuing to be able to bring new people and new communities into this industry,” Kunkle said. “We’re on a roll. There’s uncertainty there, but it’s hard to stop a moving train … . It will be difficult to slow our momentum.”