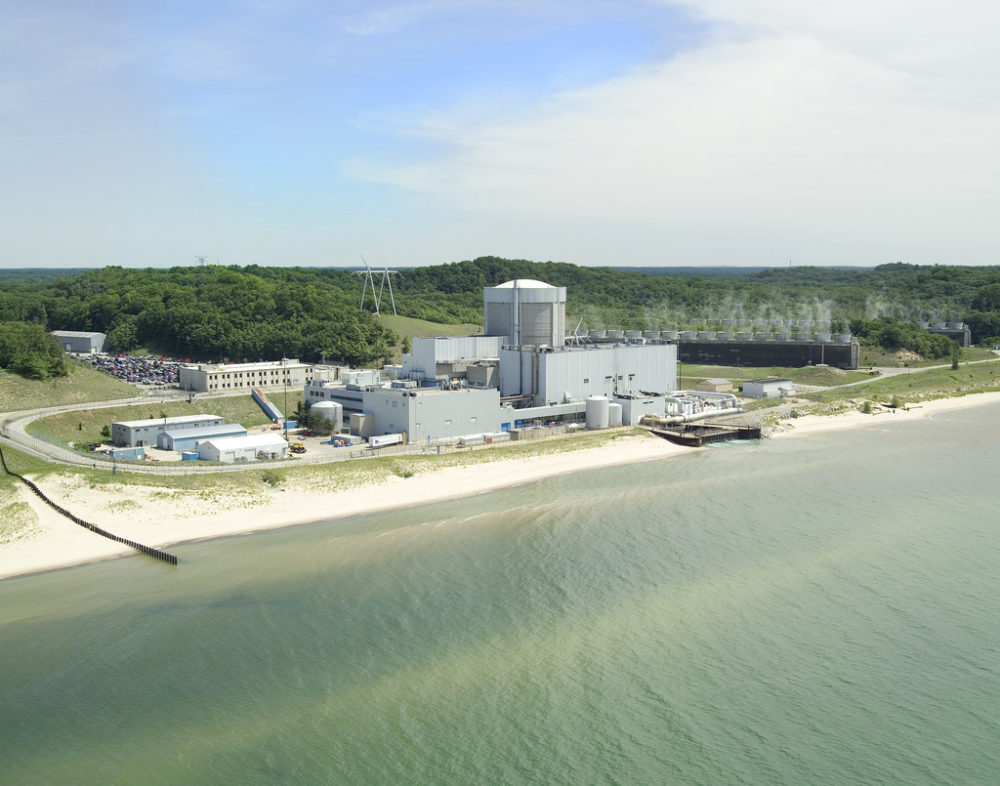 While Michigan's nuclear plants are on good financial footing now, the future of the Palisades plant is in question after 2022.

Michigan’s three nuclear plants appear to be on solid financial footing at least through 2021 — a notable contrast from other states where nuclear power has struggled to compete with low natural gas prices.

At this point, there hasn’t been discussion here about the need for ratepayers to prop up uneconomic nuclear plants, unlike in Illinois, where lawmakers just agreed to settle a years-long dispute over nuclear subsidies.

But by 2022, the outlook may shift. By then, the state may need to have built replacement generation for one of the three plants with the most uncertainty — the nearly 800-megawatt Palisades plant along Lake Michigan owned by Entergy. Even though Palisades has an operating license until 2031, its current power-purchase agreement with Consumers Energy expires in 2022. The company has moved to shut down or sell its nuclear plants in other states, and studies have suggested cheaper alternatives to replace Palisades.

“Nothing has been put forward to be built” if that was the case, said Valerie Brader, director of the Michigan Agency for Energy. “That (plant) has reliability implications for Michigan. We’re interested in it and need to consider it, but I don’t think we’re in a situation where we have to debate (replacing) it. We have financial support (for the plant) within that time.”

Brader said her agency had been closely watching the debate in Illinois. While Illinois lawmakers and Exelon reached a deal to keep two of the company’s plants open for the next 10 years, closing them would have affected the Midcontinent Independent System Operator’s reserve margin – and Michigan, which depends on imports during the summer. MISO has said that the region may start having trouble meeting its reserve margin requirements as early as 2018.

“Since Michigan is currently dependent on imports to meet reliability requirements, we’ve been watching with interest what’s happening in Illinois,” Brader said in an interview last month.

The state is also waiting to see precisely how crucial Palisades and DTE Energy’s Fermi 2, in particular, are for reliability. In August, the state asked MISO to study Michigan’s reliability in emergency situations, particularly if those plants were to shut down simultaneously as they did in the summer of 2012. The first phase of that study is expected to be completed in spring 2017, a MISO spokesperson said.

“Let’s assume we have the same kind of hot weather in 2018 as we did in 2012, and we see the announced (coal) retirements, would we be able to keep the grid up?” Brader said.

Of Michigan’s three plants, Palisades is the least certain to be operating well into the future.

“Entergy .. has made a lot of announcements in the press that it wants out of the merchant nuclear business,” Brader said.

The company has recently closed or plans to sell plants in Vermont, Massachusetts and New York.

Given the 2022 date and the company’s “stated interest in getting out of that business, certainly it’s something we think a lot about,” Brader said.

Palisades is scheduled for refueling in spring 2017, which will supply the plant with fuel for 18 months and comes with “millions of dollars” in investments for its “safe, secure, and reliable operation,” according to Entergy.

“Given the financial challenges our merchant power business faces from sustained wholesale power price declines and other unfavorable market conditions, we continually evaluate our portfolio of assets and review financial projections to determine their retention, sale or closure,” spokesperson Val Gent said in an email.

About 40 miles south of Palisades, the Cook plant, owned and operated by AEP and a local subsidiary, received a Certificate of Need from state regulators in 2013, showing it was the most “reasonable and prudent” source of generation for the area.

DTE Energy’s Fermi 2 plant in southeast Michigan is seeking a 20-year operating license extension that would extend its life to 2045 (after the current license expires in 2025). The utility also doesn’t plan to build its Fermi 3 plant at this point due to low natural gas prices, even though it obtained a license from regulators last year to do so.

“It gives us another good option for the future if and when we decide to build a new nuclear unit,” said DTE spokesperson Guy Cerullo.

As DTE closes several coal plants into the future, the generation will be replaced by natural gas and renewables, mostly wind, meaning its nuclear portfolio will remain the same, Cerullo said.

“Fermi 2 nuclear is extremely valuable for DTE,” he said. “It’s 1,170 megawatts supplied on a regular basis. And with carbon regulations and issues at this point with climate change, it is a very valuable source of energy in the portfolio.”

The debate over whether to support nuclear plants around the country centers on whether a higher value should be placed on nuclear energy’s lack of carbon and other emissions, an issue that has divided environmental groups.

Brader said Michigan’s plants are valuable in limiting particulate-matter emissions, such as mercury, sulfur oxide and nitrogen oxide. According to the Nuclear Energy Institute, Michigan’s nuclear plants avoided nearly 27 million metric tons of carbon emissions and tens of thousands of short tons of SO2 and NO2.

Cost-benefit analyses have shown that limiting these emissions prove most effective for public health benefits, Brader said. And when modeling Clean Power Plan scenarios, Brader has said retiring Palisades “starts to make a difference when you lose that much carbon-free generation.”

“We don’t focus as much on carbon in Michigan, but (for particulates) you’re replacing non-emitting resources with something that does emit (natural gas), so we’d expect to see something there,” Brader said.

However, the administration is also concerned about a lack of options for nuclear waste.

“We have been critical of the federal government for a lack of a plan for nuclear waste,” Brader said. “It’s not necessarily that nuclear energy is a panacea, but when you’re looking at what it will be replaced with, you have to think about both sides of the equation.”

“If you think about where we’ll be 10 to 15 years from now, you want to be pretty careful about the decisions you’re making and the risks you’re taking,” he said. “We’re seeing this around the country. Certainly there’s no reason to panic and start building natural gas plants, and the jury is still out on whether that’s even necessary.”