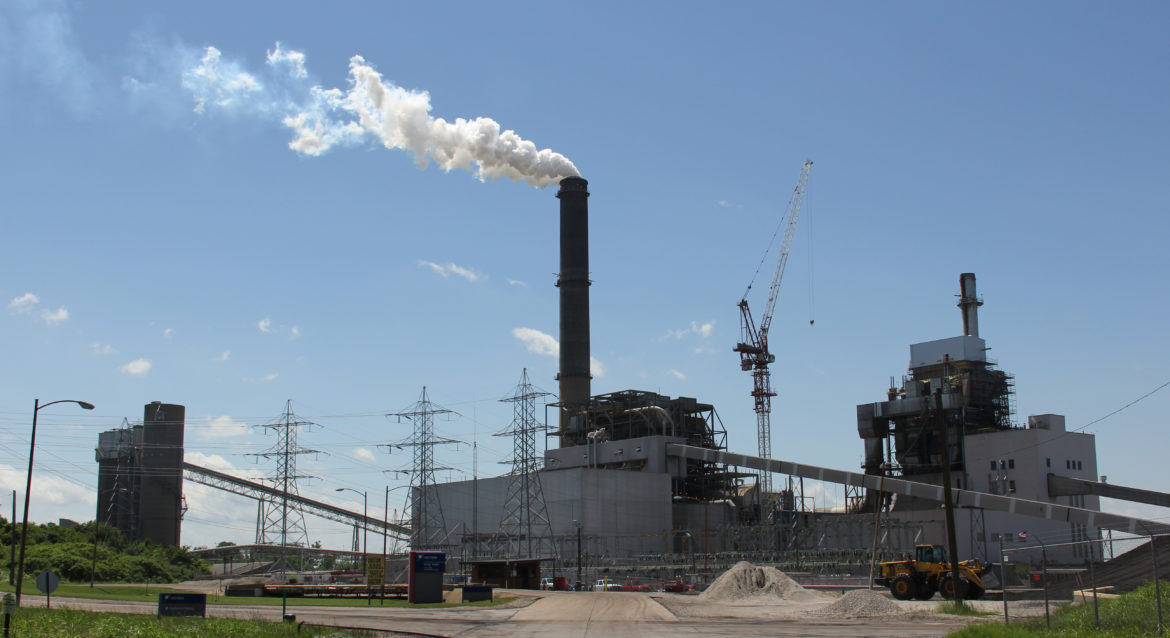 Vectren Corp. plans to retire one of two coal-fired units at its F.B. Culley plant in southwest Indiana.

Indiana coal advocates hope President-elect Donald Trump’s anti-regulation stance will bring a competitive boost to their beleaguered industry. But the state’s utilities have shown they’ll continue moving away from coal, driven by the low price of natural gas and the costs of meeting pollution regulations that won’t be easy to roll back.

Indiana burned the second-most coal nationwide in 2014, but the state’s 6.96 GW of coal-generated capacity retired or announced for retirement since 2010 ranks third in the U.S, according to the Sierra Club. On Nov. 30, Vectren Corp. became the most recent Indiana utility — and the first since the election —  to announce plans to retire coal plants.

Vectren is a small utility, but its 140,000 customers live in some of the state’s top coal-producing counties. The company’s plans to shutter coal plants there sends a stark message that the election results won’t stop coal’s decline in Indiana, said Jodi Perras, manager of the Sierra Club’s Beyond Coal campaign for Indiana, Kentucky and Michigan.

“Vectren is deep in Indiana coal country and will receive pushback from local coal interests and Indiana politicians,” Perras said. “It shows that the economics of coal are so bad they have no choice.”

But a lack of policy direction means the state could fall behind others in solar and wind development, she said.

Coal’s share of Indiana’s total electric power generation fell by 20 percent from 2007 to 2015, according to the U.S. Energy Information Agency. Most recently, NIPSCO in northern Indiana announced plans in November to retire coal units at its Bailly Generating Station as soon as 2018 and two coal units at the R.M. Schahfer Generating Station units by the end of 2023. Indianapolis Power and Light stopped burning coal at its Harding Street Station in Indianapolis and Eagle Creek Station in Martinsville earlier this year.

But the Vectren closures are the first announced in Indiana since Trump’s victory signaled the potential demise of the Clean Power Plan, which his administration could refuse to defend after the U.S. Supreme Court halted its implementation in February.

Bruce Stevens, president of the Indiana Coal Council, said the only way for Indiana to meet the plan’s goal of cutting carbon emissions from the power sector to 32 percent below 2005 levels would be to burn less coal. Though utilities say natural gas is a better economic choice regardless of the Clean Power Plan, Stevens argues that the calculus is different in Indiana, which produces very little gas and sells most of its coal to in-state utilities.

“When there are losses of revenue on the tax base from a decreased coal industry, then those taxes have to be made up somewhere else,” Stevens said. “Oftentimes, that falls right back on the citizens.”

While retired coal units aren’t coming back, Stevens said, rolling back regulations and adjusting subsidies could convince utilities to delay planned retirements in the short-term. It isn’t yet clear whether that will happen.

Duke Energy Indiana, which must close its 280-MW Gallagher station in New Albany by 2022 as part of settlement related to its controversial Edwardsport coal gasification plant, had previously said the retirement could come as soon as 2019 but appears to have backed off of the earlier closure. Duke slated the Gallagher retirement for 2019 in their 2015 integrated resource plan.

That “was based on the best available information at that time,” Duke spokeswoman Angeline Protogere said in an email. “We are continuing to evaluate the future plans for the units.”

But NIPSCO is sticking to the timeline it announced on Nov. 1, citing low market prices for natural gas and costs of maintain aging facilities as primary drivers. And Vectren, after no plans to close coal plants in its 2014 IRP, said that it would retire three of its five coal units while ending joint operation with Alcoa of another coal plant. It also plans to build a 890 MW gas plant and add 50 MW of solar generation.

Carl Chapman, Vectren chairman, president and CEO, said at its recent public IRP meeting that new rules on managing coal ash and wastewater are driving its shift away from coal, not the Clean Power Plan. Those rules are in place and difficult to roll back, and in some form carbon regulations are still likely.

“Regardless of this administration, even if it’s four or eight years, there is a great likelihood that future administrations could still focus on a lower carbon future,” Chapman said at the meeting.

Jesse Kharbanda, executive director of the Hoosier Environmental Council, said if the court did uphold the Clean Power Plan or something like it, “a responsible, forward-thinking state would structure it heavily around energy efficiency.”

The state created an effective efficiency standard in 2009, but the legislature canceled it in 2014. The American Council for an Energy Efficient Economy ranked Indiana 42nd in its 2016 scorecard.

The gutted efficiency standard points to what could be a bigger obstacle in Indiana for renewable energy than losing the Clean Power Plan, according to Perras of the Sierra Club. The state has the same market forces that make coal unfavorable in the rest of the country, but it lacks good policy to guide a transition to cleaner energy.

The legislature opted for a voluntary renewable energy standard in 2011 that no utilities have chosen to participate in. A bipartisan 2016 bill for another model of support for renewables, competitive procurement, was never voted on.

The best news for renewable energy out of the state legislature is the defeat of a utility-backed bill in 2015 that Kharbanda said could have damaged the rooftop solar industry by charging panel owners additional fees and cutting user payments earned through net metering.

“It had affected more opposition than any energy related bill I’ve encountered in the 10-plus years I’ve been working on Indiana energy issues,” he said. “It’s unfortunate, but sometimes it’s better that nothing moves than something moves.”

Perras said the Sierra Club’s successes come from working directly with utilities and not the legislature. She also expects Indiana businesses will push renewable energy development. General Motors and Salesforce, two companies with significant investments in Indiana, have both pledged to power their operations with 100 percent renewable energy by 2050.

“When you have large employers like that who recognize climate change is a big problem and they want to have 100 percent renewable energy, well, utilities are going to have to respond to that,” Perras said.