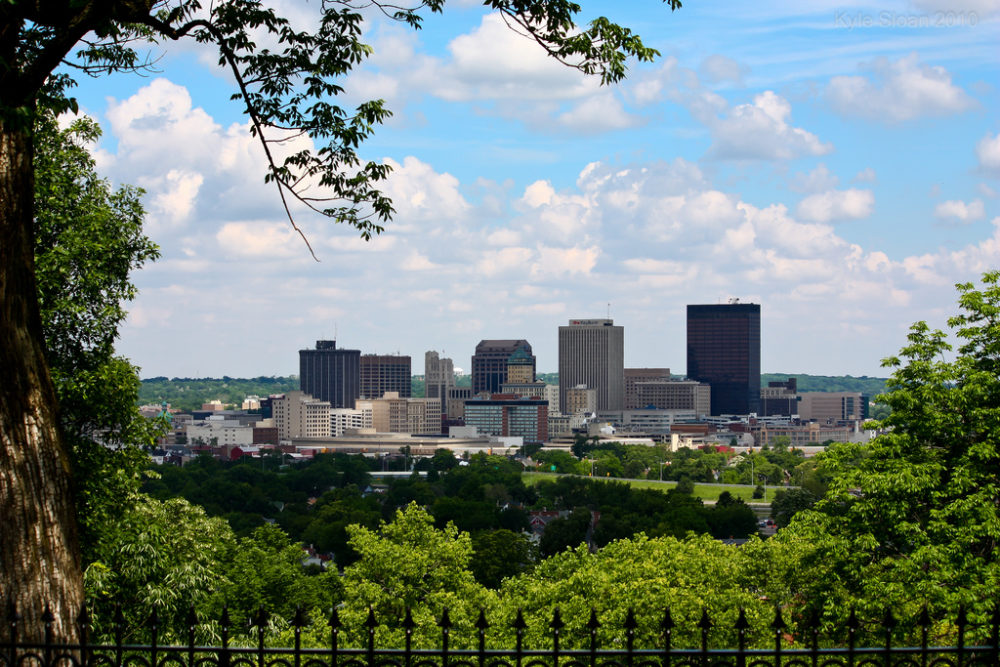 FirstEnergy is not the only Ohio utility pushing for additional revenue from state regulators.

Dayton Power and Light is requesting a $145 million annual rider that would allow the Ohio electric utility to maintain its financial integrity, a claim derided by opponents as detrimental to customers who should not have to pay for the company’s past bad energy bets.

“We don’t dispute that DP&L is on the brink of serious financial issues, but we question customers having to bear the brunt of $145 million per year,” said Dougherty. “You’re opening a Pandora’s box for utilities going to consumers to get funding.”

Ohio law states that a competitive wholesale generation firm is “fully on its own” in the wholesale market following the transition period to a deregulated electricity market, a point which the Dayton company has already passed, said Noah Dormady, an Ohio State University professor who studies energy markets. Any money that flows from ratepayers to a wholesale generation firm would be a “transition cost,” a situation that no longer applies for DP&L.

“You’ve got people trying to pay their heating bills, with energy executives asking them for subsidies,” said Dormady. “It’s not fair to either households or businesses struggling to make payroll.”

In an October 11 amendment application to the Public Utilities Commission of Ohio, DP&L requested a seven-year distribution modernization rider (DMR) amounting to $1 billion. The rider would be charged over the period of the utility’s previously proposed electric security plan (ESP), with a term from Jan. 1, 2017 to Dec. 31, 2023. The 22-page amendment request stated both the company and its holding entity, DPL Inc., face “significant threats” to their financial integrity, including a falling credit rating, “anemic growth load” and “historically low market prices.”

Should the amendment become law, the PUCO could change electric rates if the company’s financial health is at stake. In testimony included with the application, utility analysts said a typical residential customer using 1,000 kilowatt-hours per month can expect their bills to drop 87 cents monthly during 2017.

“If the DMR is approved as proposed, it will assist DP&L to maintain investment grade credit ratings which will facilitate investments in transmission and distribution infrastructure modernization,” the utility said in an email.

DP&L’s tack to provide what it deems “reliable, safe and stable customer service” is similar to one taken by Akron energy provider FirstEnergy, Ohio-based observers say. In October, the PUCO agreed to a three-year, $132.5 million annual DMR for FirstEnergy, a charge set to provide the utility with a funding infusion “so that it will be financially healthy enough to make future investments in grid modernization,” as reported in a PUCO press release on the decision.

DP&L’s new rider follows Federal Energy Regulatory Commission rulings from earlier this year blocking power purchase agreements to support aging coal and nuclear plants owned by FirstEnergy and AEP Ohio. While those agreements were initially approved by the PUCO, the agency said that providers with “captive customers” could not buy wholesale electricity from affiliated generators without a review under the Federal Power Act.

New bill riders from FirstEnergy, AEP and most recently DP&L attempt to circumvent the FERC decision and siphon ratepayer funds back to shareholders while ignoring calls to invest in cleaner energy options, Dougherty of OEC said.

“DP&L’s rider is the same as the other utilities, perhaps with even more emphasis on paying off uneconomic coal plants,” he said. “In no other business would a company say they’re having credit issues, then have their customers bail them out of it.”

As part of DP&L’s security plan filing with the PUCO, the company is considering closure of two coal-fired power plants near the Ohio River in the southern end of the state. The J.M. Stuart and Killen facilities, both located in Adams County, are older stations operating at a time when coal has become increasingly uncompetitive with natural gas and renewable energy.

No decision has been reached on the two stations, both of which are co-owned by DP&L along with five other coal-fired plants in the state. In a reliable electricity rider (RER) filed prior to its more recent distribution rider, the company sought generation from five electricity-producing facilities, which it would sell back to grid operator PJM. Over the summer, the Ohio Supreme Court reversed a PUCO decision that let DP&L charge customers extra through its electric security plan.

The updated charges via the distribution rider would bypass FERC scrutiny, as they would only impact retail rates while avoiding the wholesale market, said Joe Nichols of the Buckeye Institute, a Columbus think tank.

“DP&L has been careful in not tying themselves down to how they’re going to use the money,” said Nichols. “It seems like they’re asking the PUCO to transfer money from customers to their own pockets without making any commitment to benefit those customers.”

The utility in its distribution rider application said the move would retain the option for customers to shop for a competitive electric supplier, along with facilitating future DP&L investment in renewable technologies.

However, consumers who switch to another supplier would still pay “nonbypassable” charges through DP&L’s new bill format modified per PUCO approval in 2014, said Nichols.

“That’s only going to undermine a competitive market and retail choice,” he said.

The Ohio legislature would be wise to look to Texas to solve its own utility regulation issues, Nichols said. A retail electric provider based in the Lone Star State cannot own or operate generation assets.

Electric companies including DP&L, meanwhile, can alternatively apply to the state utilities commission for emergency relief assistance, which provides limited funding for providers to get back on their feet, said Dougherty.

As it stands, the over $1 billion DP&L may accrue through the new rider would likely be used to pay down the provider’s debt.

“Hopefully that backs them off the ledge a bit,” said Dougherty. “If there’s a residual during the seven-year term, then they would have money to borrow under good terms and invest in grid modernization technologies and initiatives.”