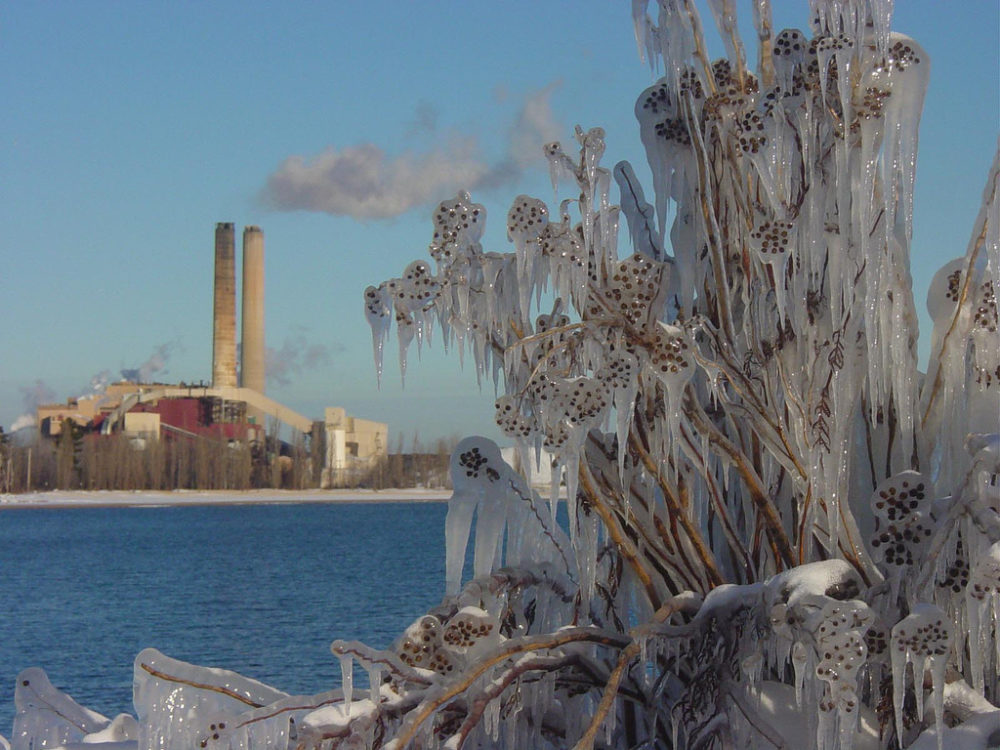 Over the past four months, high-level officials have made announcements touting solutions for improving electric reliability in Michigan’s Upper Peninsula and solving a years-long debate over the region’s energy future.

These include two natural gas plants to replace an aging coal plant in Marquette; the creation of a Michigan-specific utility to separate the interests of Wisconsin and U.P. ratepayers; and a study looking into the potential benefits of new transmission connections between Michigan and Ontario.

Additionally, the creation of a task force to identify reliability solutions between the two peninsulas is included as part of a major energy bill pending in the Legislature.

However, advocates and other officials working in the region say while these various efforts may address capacity concerns spurred by the closing of the Presque Isle plant in Marquette, they don’t address long-term, grid-related needs of the area. That would include more distributed, renewable energy projects throughout the U.P. — a topic that hasn’t been a part of such high-level discussions, advocates say.

“The concern is we have reliability, but at what cost?” said Jennifer Hill, program manager with the Marquette-based Superior Watershed Partnership.

“I think there are alternatives that the current system just can’t see that would be cost-effective, reliable and locally controlled,” Hill said.

She added that if state officials and major utilities have been “really diving” into these options, “I’d love to see them.”

”We’re going to end up being 100 percent dependent on natural gas. Yes, it’s cheap now, but how long is that going to last, versus purchasing solar, wind and biomass where we have more control over costs over the lifespan of the projects,” Hill said.

Those negotiations also included the formation of a new “Michigan-only” utility, the Upper Michigan Energy Resources Corp., which will be a subsidiary of WEC. Michigan regulators approved the creation of UMERC last week, noting it will provide U.P. ratepayers with “affordable, reliable and safe energy,” Michigan Public Service Commission chair Sally Talberg said in a statement.

WEC spokesperson Amy Jahns said the new utility is meant to separate the company’s assets in Michigan and Wisconsin “which will allow us to build some new generation.”

The facilities — which will be in Baraga and Marquette counties — would cost $255 million and be paid for by UMERC customers as well as Cliffs under the agreement reached in August. The facilities are still subject to regulatory approval but would also negate future System Support Resource payments to keep Presque Isle open, Jahns said.

But while the new gas plants may solve the region’s capacity problem by replacing Presque Isle, it doesn’t solve the underlying problem of the U.P.’s limiting grid, said Douglas Jester, a principal at Lansing-based 5 Lakes Energy.

“These new proposed projects can replace the (capacity) function of Presque Isle, but the transmission system is likely to still not be resilient to loss of generation support for voltage,” Jester said. “I think the missing piece in the analysis and work that needs to be done is to look at ways of using distributed generation to provide voltage support throughout the transmission grid in the Upper Peninsula.”

In other words, for sparsely populated areas like the U.P., you either need an “expensive and robust transmission grid” to go along with centralized generation, or distributed generation in several areas to support the grid when there are problems, Jester said.

Statewide, the Michigan Conservative Energy Forum agrees transmission reliability is a bigger problem than the reliability of adequate resources. The group’s executive director, Larry Ward, wrote last week of a new report: “MCEF contends it is wrong to view reliability through the lens of resource adequacy given that in 2014 loss of electricity because of problems related to resource adequacy accounted for only about 1 percent of outage minutes in Michigan.

“Thus an overwhelming majority of regular power outages are not caused by insufficient electricity generation, but rather by breakdowns in the electricity delivery system.”

Another effort at improving grid reliability in the U.P. includes a study led by the Midcontinent Independent System Operator (MISO) to see whether new transmission connections between Ontario, Canada, and the U.P. in Sault Ste. Marie — as well as between Michigan’s two peninsulas — would be cost-effective.

Right now, the Upper and Lower peninsulas are in separate “local resource zones” within MISO. There has been interest for several years in potentially connecting the two peninsulas, which could help promote economic development and rein in high electric costs in the U.P., Gov. Rick Snyder said in 2012.

The MISO study, which was sought by Snyder, is the second phase of a project looking at the capacity implications of two downstate nuclear plants potentially failing. The results of that first phase will “feed into” the transmission analysis, said MISO spokesperson Jay Hermacinski

“Ontario is going through a dramatic transition of its energy, which includes building a lot of new generation,” Michigan Agency for Energy director Valerie Brader said during a forum in Grand Rapids in October. “It made us think: We have a strong likelihood of there being a generation solution in the U.P. If we could now connect to Ontario, could we in the long term really lower everyone’s costs by lowering locational marginal prices — or basically the cost of congestion — and allow Canada to sell into the MISO market?

“For anyone who wants to site generation in the U.P., basically having a grid that’s a branch is a problem,” Brader added. “Turning that into a flow, or a loop — we’re very excited to see what that will do for the economics in Michigan. And it could have impacts on reliability and protection of the environment, should it pan out.”

The MISO study is expected to be completed in 2018. Ontario’s Independent Electricity System Operator “is not able to determine any potential reliability benefits that are typically provided by an interconnection project until MISO has completed its study,” said IESO spokesperson John Cinello.

Dan Dasho, president and CEO of Sault Ste. Marie-based Cloverland Electric Cooperative, said there is currently no connection between the two countries in the area, but that a 110-MW natural gas plant sits nearby in Ontario “that could do wonders for the eastern U.P. and the U.P. as a whole. No one has done an analysis on how that could be connected.”

That cogeneration plant was shut down in 2014 after its owner reportedly failed to reach a power-purchase agreement with Ontario. Still, Dasho said there are multiple logistical challenges to Michigan’s tapping into that plant even without the results of MISO’s study.

Overall, Dasho is unsettled by the discussions over electric reliability in the U.P., which he says have been steered by the state, Cliffs and WEC without much input from others. He is supportive of the transmission studies, but fears officials are committing to new gas plants prematurely.

“Is this the least-cost solution? Should we be building transmission? We don’t have that answer,” he said. “The infrastructure up here is weak at best, it’s still antiquated. We really need to get to the bottom line of what we need to do based on what infrastructure the U.P. needs.”