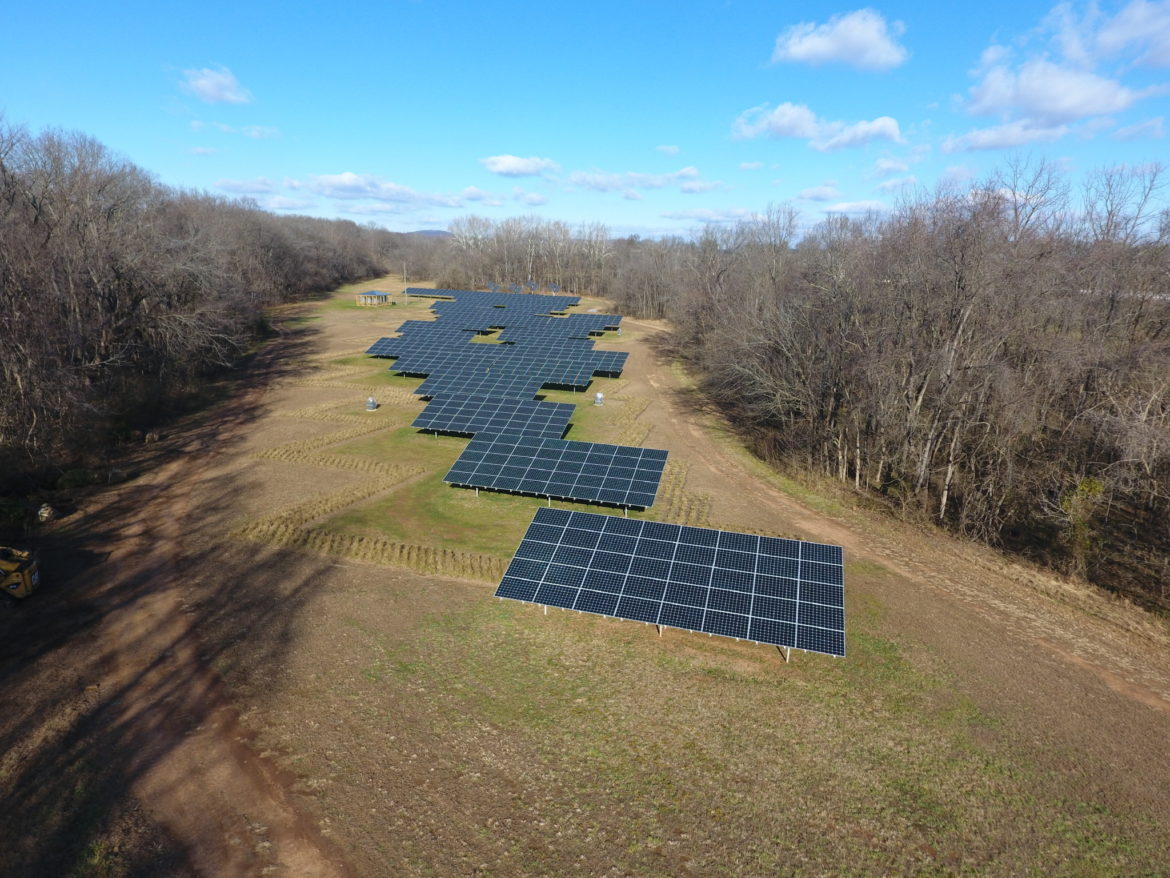 Participants included Dominion Virginia Power and Appalachian Power; an association of rural electric cooperatives; the regional solar trade association; two non-profits; and an attorney for Karen Schaufeld, a wealthy philanthropist in Leesburg who wants to build a solar system on her family’s farm and pave the way for similar systems at wineries in the state.

The group worked throughout the summer and early fall guided by Mark Rubin, a mediator from the Virginia Center for Consensus Building at Virginia Commonwealth University.

The move for a consensus among at least these stakeholders is considered rare in the runup to a General Assembly. Typically, lawmakers field several proposals and fail to find enough common ground that can pass both the state Senate and House of Delegates, and then be signed into law by the governor.

While most of the benefits of the proposals seem destined for utilities and their suppliers and less for small businesses and households, the participants hope their collective efforts will expand the state’s solar market, which lags even other Southeast states.

According to a summary provided by Rubin, the first of the four initiatives would streamline the regulatory oversight utilities are subject to on large solar projects. It would boost the current size limit from 100 megawatts to 150 megawatts for systems seeking a one-time permit earmarked for a specific project, referred to as “Permit by Rule.”

Both Dominion Virginia Power and Appalachian Power, along with the companies that build solar farms for them, are said to be in favor of this proposal. But a handful of advocates for smaller, distributed, solar systems designed expressly to reduce a customer’s utility bill are withholding judgement. Spokespersons for Dominion and Appalachian Power declined comment.

The second of the four initiatives is designed to increase the profit that investor-owned utilities can make on projects originated by developers that utilities don’t have to risk any of their own capital on. This would also apply to power that utilities buy under power purchase agreements.

The third proposal spells out a first-ever pilot program for community solar systems administered by utilities. It would run for three years and charge participants a modest fee for enrolling. Ratepayers at-large might incur a small rate increase.

Ivy Main, who is the renewable energy chair for the Virginia Chapter of the Sierra Club but speaking only for herself, said this proposal “is not …. what most solar advocates think of as community solar, a model where consumers more typically have an ownership interest.”

She said members of a Distributed Solar Collaborative, a separate stakeholder group of advocates, environmentalists, solar industry members, and others, have developed legislation that would offer “a true community solar alternative.”

The fourth initiative is for wineries and farmers to build sizable solar systems capable of earning credits for any power they push back out on to the local distribution grid at a market price and a capacity credit. This would expand Virginia’s limited “net metering” law. The proposal limits such systems to 1.5 megawatts and 150% of the farm’s usage.

Schaufeld is the principal backer of the net metering proposal. She began advocating for her and allied solar interests earlier this year.

At least one project developer – Secure Futures in Staunton, Virginia – doesn’t see much of a break from the past where small commercial systems are still boxed out of the market.

“It’s very much a utility-centric proposal,” said Tony Smith, CEO of Secure Futures in an email.

Smith has led many attempts to expand the market for solar beyond utilities and succeeded in earning a pilot program whereby his firm and other third-parties could develop and sell electricity to educational and other non-profit institutions using purchase power agreements.

Bills that have any chance of being seriously considered need to be “pre-filed” to they can be turned into formal bills for lawmakers when the session begins January 11 in Richmond.

The way some stakeholders see it, anything that can help boost solar is good for Virginia.

At a gathering of solar advocates Tuesday night at Karen Schaufeld’s home, Republican Sen. Frank Wagner, an influential gatekeeper in the state’s General Assembly, expressed a keen interest in the four proposals. Wagner chairs the Senate committee through which all energy legislation must pass.

Wagner, who is seeking his party’s nomination for governor in 2017, said the proposal lifting the profit utilities can earn with purchase power agreements could encounter some opposition if it’s shown to increase rates.

“We believe solar power is the best way for reducing carbon pollution and can, in fact, save consumers money on their electric bills,” said Travis Blankenship, government affairs director for the Virginia League of Conservation Voters. He said the League will work to make sure any solar proposal doesn’t offer power as a premium product but will deliver economic benefits to participants.

Also noticeably absent from the proposals is any new provision that would incentivize homeowners to consider systems on their roofs.

“This isn’t the end-all and be-all of what’s being proposed to lawmakers,” Blankenship said. “What we have here is the most palatable starting point.”