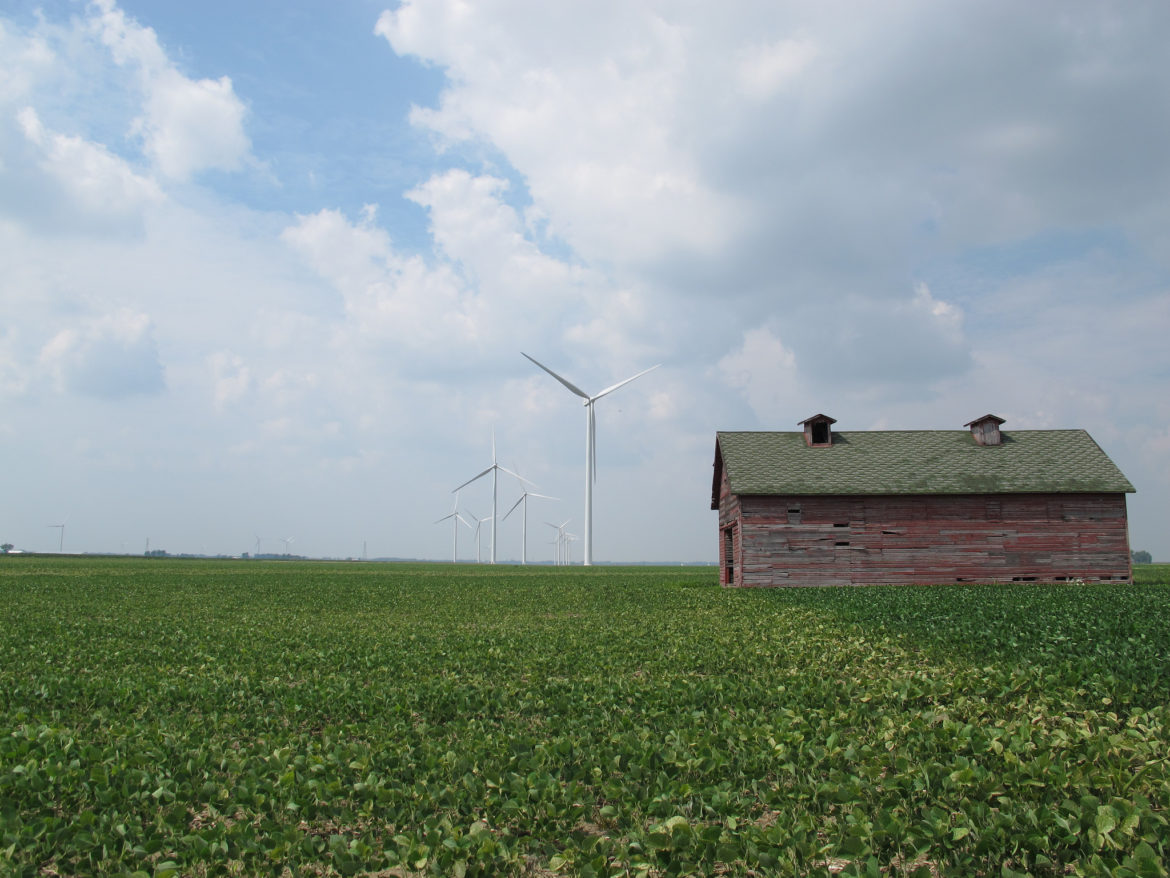 A wind farm near Paulding, Ohio.

Energy suppliers and utilities will have to provide more renewable energy and energy efficiency to Ohio customers this year, following Gov. John Kasich’s veto of a bill that would have made additional performance voluntary for two more years after a freeze on those standards’ targets ended last month.

Nonetheless, the standards that resume this year include some changes from those that were in place before a 2014 law imposed the two-year freeze. Thus, 2017 provides the first big test of how those changes will affect Ohio customers and businesses.

“With the state’s renewable and efficiency standards back in place, Ohio can reclaim its spot as a clean energy leader, clearing the way for well-paying jobs, millions in investment, and healthier air for all,” said Dick Munson of the Environmental Defense Fund. “Ohioans should cheer—it may be winter, but the clean energy freeze has finally thawed.”

Although the standards will resume, Senate Bill 310, passed in 2014, made some notable changes in the law that remain in effect.

For starters, that law got rid of terms that said at least half of Ohio’s required renewable energy must come from in-state resources. Beyond that, another 2014 law that tripled property line setbacks for wind turbines could continue to have a limiting effect on renewable energy development in Ohio.

SB 310 also makes it easier for utilities to meet the energy efficiency standard. For example, they can count upgrades in transmission and distribution, even if those actions don’t cut customers’ energy usage and save them money. Utilities can also count energy savings achieved independently by customers towards their overall compliance with the target, even if the utilities played no part in creating those savings.

As a separate matter, SB 310 lets large industrial customers opt out of the energy efficiency standard. And although those customers are supposed to submit plans for achieving energy savings, the law says their load and usage are not counted in the baseline for calculating energy efficiency targets. Customers that benefit from discounted rates known as “reasonable arrangements” likewise don’t factor into that baseline.

That means the base of customers paying for utilities’ energy efficiency programs is smaller, and the overall energy savings required under the law would likewise be lower.

“The Governor’s veto will help protect Ohioans’ electric bills,” said Ohio Consumers’ Counsel Bruce Weston, who had criticized terms in HB 554 as a “giveaway” for utilities. “I look forward to working with legislators in the future toward maximizing consumer benefits from energy efficiency, while limiting the costs and profits that utilities charge consumers for energy efficiency programs. Our goal is to reduce what Ohioans pay for electricity.”

“The standards that Ohio is reinstating with the governor’s veto represent a positive, but modest, step towards a clean energy future for its citizens,” said Rob Kelter of the Environmental Law & Policy Center. “Ohio is still heavily dependent on coal and nuclear energy, but now we’re back on track to a more balanced energy future.”

Led by Rep. Ron Amstutz (R-Wooster) in the House and Bill Seitz (R-Cincinnati) in the Senate, Republican majorities passed HB 554 just at the end of the lame duck session in December. The bill would have delayed any enforcement of increased standards until 2019, thus making the standards into voluntary goals for that period.

Opponents said that would have effectively extended the two-year freeze and continued to deter investments in Ohio.

“The two-year freeze has cost Ohio jobs and investments,” said Ted Ford of Ohio Advanced Energy Economy. “In the last three years, while Ohio has been idling, Michigan has attracted over $1.1 billion in renewable energy investments.”

Kasich said that was “unacceptable” and promised to veto any bill that would continue a freeze on enforceable standards. Last week, he followed through on that promise.

“Ohio workers cannot afford to take a step backward from the economic gains that we have made in recent years,” Kasich said in his veto message. He added that “arbitrarily limiting Ohio’s energy generation options amounts to self-inflicted damage to both our state’s near- and long-term economic competitiveness.”

“With this veto, Ohio can begin to move forward with sensible energy policy next year—one that can bring back advanced energy jobs and investment to Ohio,” Ford said.

“Business owners in the state’s renewable energy sector and energy efficiency sectors need certainty about Ohio’s direction so they can continue to invest in the state and create jobs,” noted Kelter. “This balanced approach also benefits Ohio utility customers because it will help lower their bills.”

“Businesses like ours rely on renewable energy and energy efficiency standards in order to cut costs, avoid energy price volatility, and stay competitive,” representatives of Whirlpool, Nestle, Gap Inc. and five other businesses said in a letter to Kasich. “These standards will provide access to renewable energy and energy efficiency programs that are good for business and ratepayers throughout the state.”

‘Focused on what’s ahead’

Not everyone welcomed Kasich’s veto. A statement by Greg Lawson of the free-market Buckeye Institute said the organization “ultimately want[s] an outright elimination of these burdensome energy mandates that are of dubious environmental value.”

And Seitz in the Ohio Senate argued that Kasich’s veto “disrespects the legislative process,” despite the governor’s executive authority under the Ohio Constitution.

“We will do our part by launching a full-scale effort next session to totally repeal these Strickland-era mandates,” Seitz added in his prepared statement.

“We’re focused on what’s ahead,” responded Samantha Williams of the Natural Resources Defense Council, which applauded Kasich’s veto. “Rather than relitigating the mistakes of the last few years, we’re hopeful that energy policy discussions in 2017 will get Ohio back on track.”

“Seeing the clean energy standards thaw is the first step in the right direction,” she added.