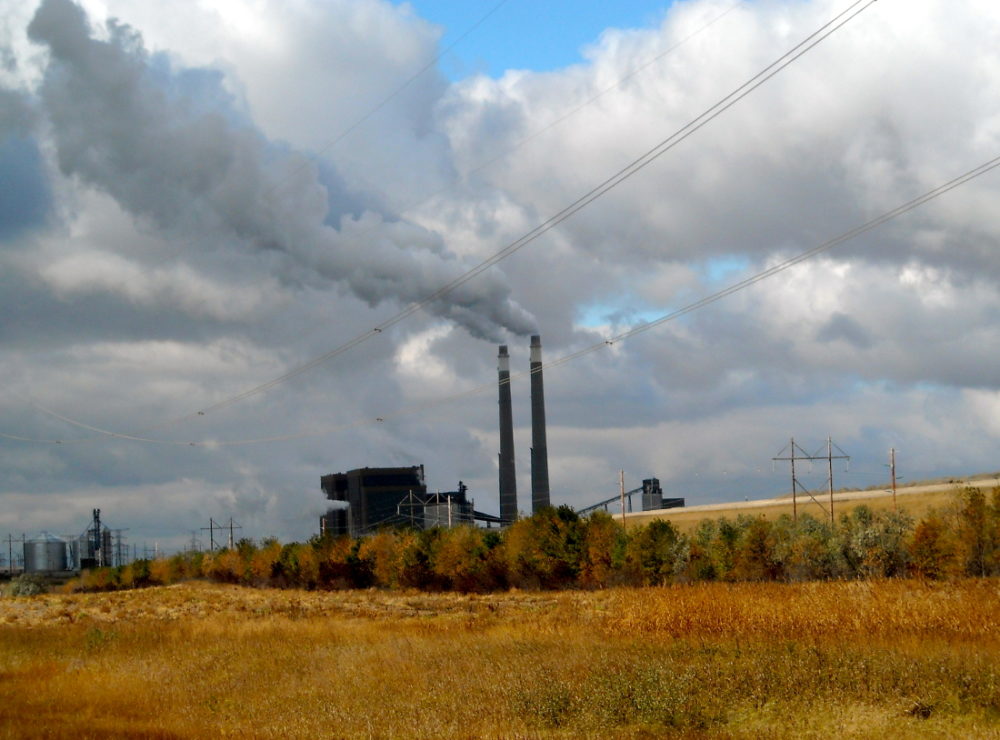 Minnesota’s second biggest utility, Great River Energy, has begun to significantly ramp down the output of its largest coal plant as the market has shifted to wind power and natural gas production.

The generation and transmission utility’s Coal Creek Station, located 50 miles north of Bismarck, North Dakota, can produce 1,100 megawatts (MWs) of electricity. That makes it the largest power plant in North Dakota and by far the biggest in Great River Energy’s system.

Currently, though, the plant operates at less than a third of its full output in times of high wind production – spring and fall – as the cost of having it operate at full capacity costs the company money. Some days the plant produces less than 300 MW.

“In the old days we used to want to turn on our coal plants and leave them at full output and fill in with other resources,” according to Great River Energy vice president and chief generation officer Rick Lancaster.

“Things have reversed now. Wind power and natural gas are running at the top and coal is filling in when the wind is not blowing and demand is high – that’s when we have to ramp up our coal plant.”

The company announced this week that it will buy electricity starting in 2019 from NextEra Energy Resources LLC’s new 300 MW wind project slated for construction in south-central North Dakota.

Currently, the utility has 469 MW of production coming from wind farms in North Dakota, Minnesota and Iowa. Solar production is up to 3 MW collectively from many different sites. The company also has a waste-to-energy plant.

Great River Energy produces 17 percent of its energy from renewable energy and is on track to meet the state’s requirement to produce 25 percent of annual electric sales by 2025.

Therese LaCanne, corporate communications manager, said the utility also plans to close the coal-fired Stanton Station in North Dakota by May and end a long term contract with Dairyland Power Cooperative to purchase electricity from the coal-fired Genoa plant.

Perhaps the biggest change in the market has come from wind power. Midcontinent Independent System Operator, Inc. (MISO) has seen wind power increase from 1,000 MW in 2006 to 15,000 MW by the end of 2015, Lancaster said, and 2016’s additions will just add to the total.

Great River Energy has four peaking plants but those operate mainly in high demand times, especially in summer, he said. The fracking industry has definitely changed the equation and made natural gas, once prone to big swings in price, more competitive, Lancaster said.

Great River Energy produces power for the MISO market and then buys electricity from the agency’s power pool. That’s how the market has been structured for more than a decade.

The price of electricity during windier seasons such as fall and spring send a “price signal” to utilities that can make coal power production uneconomical, he said.

“We know what the variable cost of each of our plants is,” Lancaster said. MISO’s “locational marginal pricing” for electricity for the next day may lead to a curtailment in Coal Creek’s output because producing the power would be too costly, Lancaster said.

Great River might run a plant at minimal load to avoid having to turn it off during the night or to serve an area considered to be in a “load pocket,” Lancaster said. That’s utility speak for sections of the grid lacking transmission capacity.

The flexible approach has basically “redefined the mission of our plants” from producing as much energy as possible to nimbly responding to market demands, he added.

Coal could decrease even more once breakthroughs are made for wind and solar storage, he predicted. “The real key in our industry in the future is storage,” he said.

“That’s where there’s a gap. We don’t have good ways of storing electricity – batteries are inefficient, expensive and they tend to wear out. The industry needs a breakthrough in storage technology. Until we get that we’re continue to rely on coal and other fossil fuel plants to provide energy when we need it.”

Although Great River Energy has to comply with Minnesota’s renewable energy standard, and is on track to do so, Lancaster did not highlight greenhouse gas reduction as much of a driver. Yet the convergence of market forces has led to greener power.

Matt Prorok, policy associate at the Great Plains Institute, explained that marginal costs include the price of running a plant in addition to fuel costs. Natural gas has been cheaper than coal for the last couple of years.

“There are projections for continued growth for wind power and natural gas, which will remain a low cost fuel for the foreseeable future,” Lancaster said. “It’s tough times for coal.”