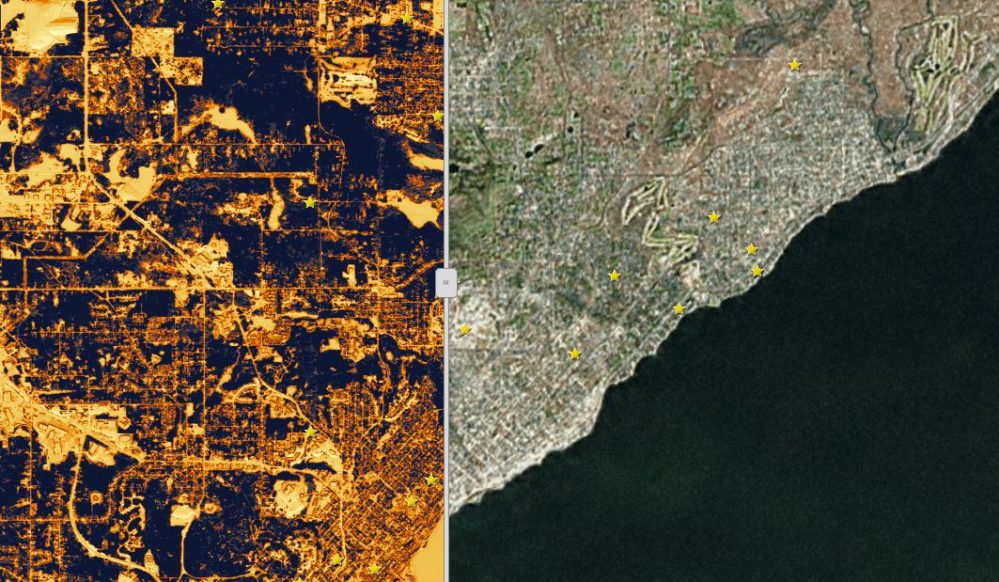 Residents of a Minnesota city wondering if their rooftops of their homes and businesses have any potential for solar panels have a new web-based resource.

Duluth Shines builds off an existing state solar map but adds additional data that offers residents an idea of how much solar could be installed on a roof and how much it might cost.

“This effort is to let people know solar is viable in Duluth, that it works well and is already being used in their community,” according to Bret Pence, director of community program at Ecolibrium3, a local nonprofit that works on energy issues and which led the effort. “This is to help them understand solar.”

The reputation of Duluth as a cold and gray city is wrong, said Pence, who pointed out it comes close to Houston and Jacksonville in terms of solar potential. “We actually have a very, very good solar resource,” he said.

Every building in the city of more than 200 square feet was digitized and mapped for the project. The site offers sidebars on finding installers, rebates, incentives and other available financial tools, he said.

The goal is to take out the mystery of solar, he said, by offering a tool that can give a quick prognosis of whether panels make sense at a location and then calculate the cost of a project.

Installers told Pence that as a rule, 100 conversations with people leads to one sale. Reducing the cost of finding that customer through the mapping resource will bring the overall cost of customer acquisition, he said.

When a customer calls they can look at the map to see if the rooftop would work for solar, he said, and that could save them valuable time, and customers will have a better idea of sizing and cost.

Although the Duluth project is fairly unique, it’s not the only solar mapping website with such granular level of detail. Minneapolis has a solar suitability map of similar caliber, Pence said.

The project is a collaboration between Ecolibrum3, a recipient of a Department of Energy Solar Market Pathways award to create more market penetration for solar; the Great Plains Institute; the Midwest Renewable Energy Association, the city of Duluth and the University of Minnesota-Duluth’s Geospatial Analysis Center (GAC).

Stacey Stark, the GAC’s director, supervised eight students who spent 1,600 hours digitizing the building data. She thinks Duluth residents interested in solar will find the site attractive because they can, for free, receive an evaluation of their rooftops.

Students had to do a lot of momentous work to complete the project but clearly several were committed.  “Some of the students wanted to work in our GIS center because of this project, Stark said. “They wanted to be part of work that contributed to the community in this way.”