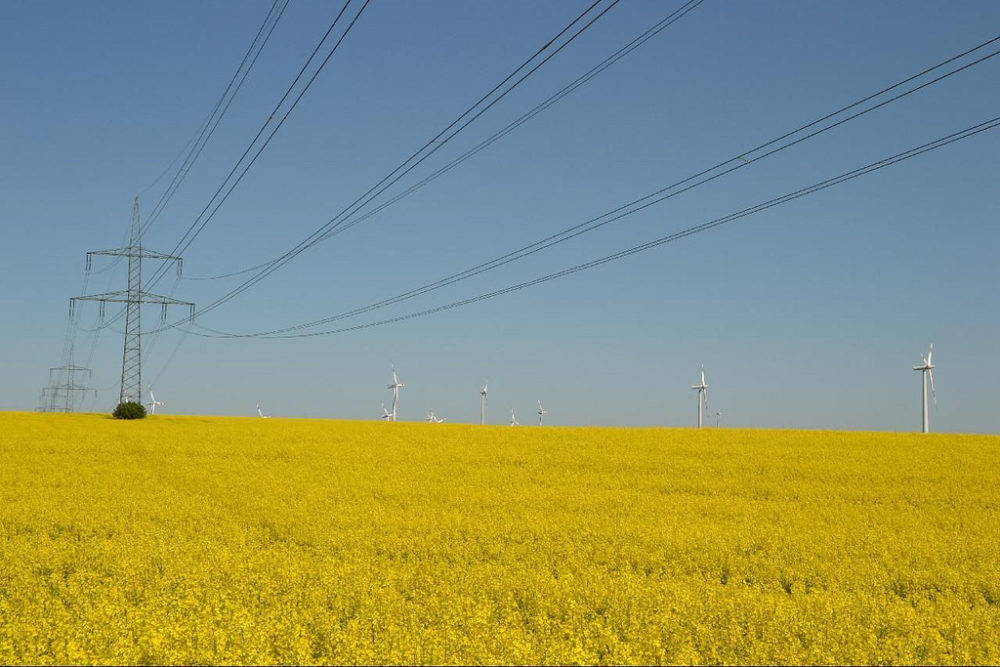 Wind farms are cropping up close to a network of transmission lines coming to fruition in several Midwestern states, bearing out the wisdom that where there is transmission capacity to spare, wind farms will follow.

MidAmerican Energy recently announced the siting of the first two wind farms that are part of its massive $3.6 billion, 2,000-megawatt wind project known as Wind XI. Both locations are near regional transmission Multi-Value Projects (MVPs) now underway. A 500-megawatt wind farm being developed by Alliant Energy, Iowa’s other major investor-owned utility, sits very close to one of the lines now under development.

In an attempt to articulate the relationship between transmission expansion and the siting of wind farms, Nathaniel Baer, energy program director for the Iowa Environmental Council, created a map highlighting the locations of recent and planned wind farms, along with the locations of MVP lines now under development.

“Wind farm development has followed as these lines have been approved and built,” he said. “And at the end of the day, that’s the point.”

Lu Nelson, a policy program associate with the Center for Rural Affairs in Nebraska, concurred that the map makes clear that “new wind is being built around new transmission and where new transmission is planned.”

In fact, the response from wind-farm developers to the new transmission coming online has been overwhelming, according to Felix Friedman, the head of development for RPM Access. RPM began developing a wind site near an MVP line under development in south-central Iowa. The line runs south into Missouri, then east through Illinois to the Indiana border. RPM recently sold that project to MidAmerican. It is one of the two initial projects in the Wind XI portfolio.

“As we get closer to these being built, I see a lot of wind projects getting into the queue — too many,” Friedman said. “There’s thousands of megawatts coming in. I’d say more than half will not get built, because there isn’t enough transmission, even after the new lines are built.”

Transmission often is cited as a major factor limiting the growth of renewable energy, particularly wind energy. That’s one reason why, in 2011, the Midcontinent Independent System Operator (MISO) approved the construction of 17 transmission projects across its footprint, which encompasses all or part of about 10 states from Indiana and Missouri on the east to the eastern edge of Montana.

The Multi-Value Projects were laid out with the aim of enhancing reliability, providing significant economic benefits, as well as better access to renewable energy in the region served by MISO.

Mike Fehr, MidAmerican’s vice-president for resource development, said that while several factors such as landowner and community support and wildlife considerations enter into decisions about where to locate wind turbines, transmission “is probably the first thing we look at. It’s the most limiting.”

Both of the recently announced wind farms are located within about 30 miles of an MVP line now under development.

Wind farms don’t have to be located directly on new transmission lines to benefit from their additional capacity, Fehr explained. As long as the new line is close enough to relieve transmission congestion in the general vicinity of a new generating facility, he said, it provides avenues for additional electricity to move freely out of the region.

Transmission capacity can even trump the quality of the wind resource. That’s the case with the project that RPM Access began developing in south-central Iowa before selling it to MidAmerican recently.

“When developers select a location, often they go for the windiest locations,” RPM’s Friedman explained. “But the windiest locations usually have the worst access to the grid. It’s a funny thing. The most congested part of Iowa, the northwest quarter, is the windiest, which is why I have projects away from that. The wind is not as good, but at least I can connect to the grid and deliver the power.”

And the sacrifice of wind quality is not all that important in a state like Iowa, where the wind resource ranges “from good to great,” according to Fehr.

The expanded transmission in Iowa and across the MISO region clearly has tapped into a market, said Beth Soholt, executive director of Wind on the Wires, a nonprofit with the mission of creating a “road to market” for wind energy.

“The transmission that was planned — the ‘build it and they’ll come’ idea — really was a good investment,” she said. “It’s being utilized, and states are seeing this tax base flow in because the region invested in infrastructure. It was hard to get consensus among stakeholders, and it’s paid off really well.”

MISO is now planning a second round of transmission projects similar to the Multi-Value Projects now being developed “because there really is a demand for the wind energy,” Soholt said. “And that is not appearing to slow down.”