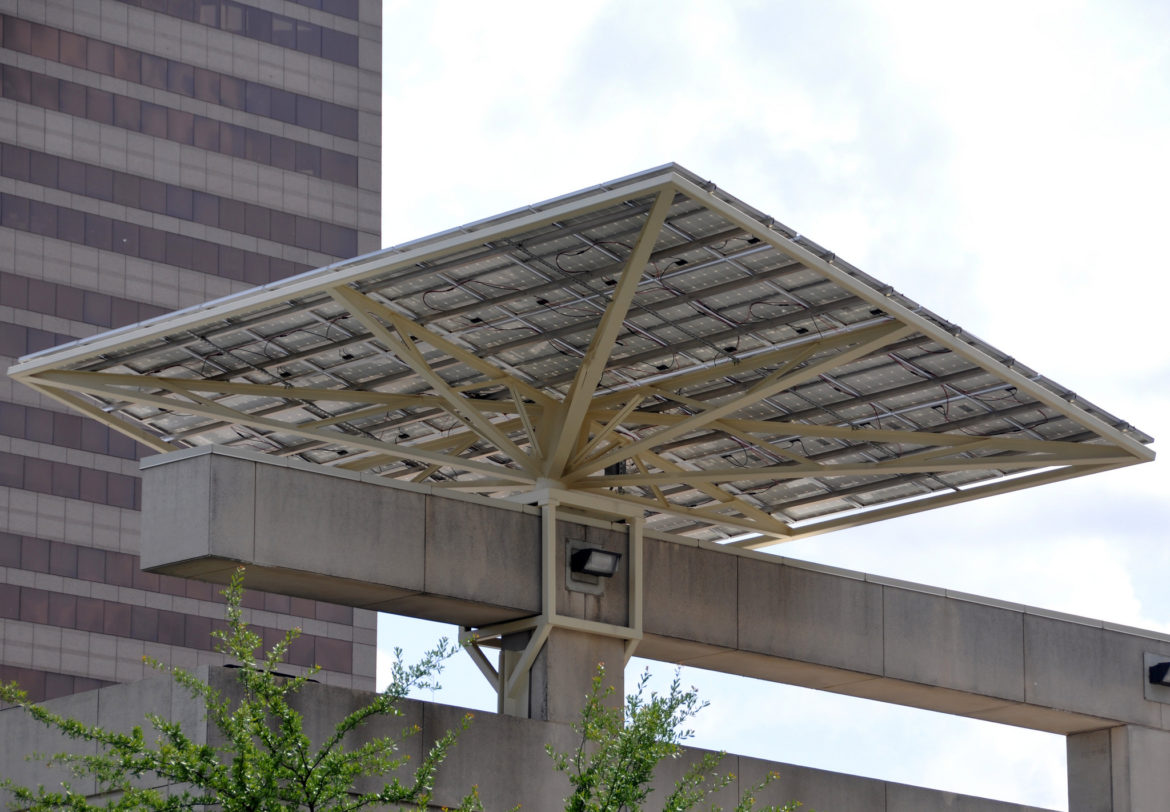 Mark Fleming is the CEO of Conservatives for Clean Energy, based in Raleigh, N.C.

Conservatives for Clean Energy, a Raleigh based non-profit, recently expanded into Virginia where it will continue its efforts to “educate the public on the benefits of clean and renewable energy sources.”

Mark Fleming, the group’s president and CEO, recently discussed with Southeast Energy News the importance of renewable energy in North Carolina and Virginia, and what the future might look like for the clean energy industry under the Trump administration. Fleming also explains why there is no “free market” for the energy sector.

Before launching Conservatives for Clean Energy in 2014, Fleming served as District Director for U.S. Rep. Patrick McHenry. He has also served as vice-president of the N.C. Free Enterprise Foundation and as the executive director of the Wake Forest Area Chamber of Commerce.

This transcript has been lightly edited for clarity.

Southeast Energy News: How did Conservatives for Clean Energy get its start? And what are you hoping to accomplish?

Fleming: We formed in June of 2014. We wanted to create a place where center-right opinion leaders, activists and others can come together and talk about clean energy issues. It gives conservatives a chance to be for something in the energy conversation, a way for conservatives to be involved in a constructive way in the conversation, specifically as it relates to clean energy.

Your organization recently expanded into Virginia. Do you have any plans for expanding into other states?

Last week we shared the results of a statewide poll in Virginia that showed strong support for clean energy policies across the board, across all groups. We are going to be ramping up our work in Virginia over the next few months working with, again, decision makers and opinion leaders on ways to grow the clean energy sector in Virginia.

We’re looking at expanding into other states, but don’t have any firm plans right now.

Are you planning to conduct a similar poll in North Carolina?

We’re finding broad support for clean energy and that a fossil-fuel only energy plan is not preferred by a large majority of Virginians and North Carolinians; they prefer an all-of-the-above plan.

What about nuclear energy?

Nuclear is interesting. We see about a third, a third, a third split on nuclear – meaning people tell us they either like it, don’t like it or they’re unsure in equal numbers. Nuclear has more “unsure” votes than anything else.

There has been some discussion about adding nuclear energy to North Carolina’s Renewable Energy Portfolio Standard (REPS). What do you think about that?

I’ve heard some discussion about that, too. If that were part of a larger process that increased solar and wind and energy efficiency programs, there might be some openness to that. I’m not yet convinced nuclear makes as much sense as wind and solar.

We don’t oppose nuclear energy, but it’s expensive. Why would you pursue that when you have so much potential with wind and solar? Besides, we want to talk about the cleanest of the clean energy.

And public opinion is split on nuclear – conservatives are divided on the topic, too, though some would say that nuclear is better than coal.

Does your organization support the reestablishment of North Carolina’s renewable energy credit?

I think there is growing concern about what the loss of North Carolina’s renewable energy tax credit has done to the rooftop solar industry. The loss of the tax credit has really had a negative impact on that industry, and we see other states – specifically South Carolina – that have adopted policies that are friendlier. I think there is some conversation about bringing that tax credit back in a targeted way that benefits small- and medium-size companies.

If you’re a North Carolina policymaker, you don’t want to see jobs leaving to go to South Carolina. I think, from a jobs perspective, you’ll see some conversation around that issue.

We do engage and help to educate some of our federal decision makers in D.C., but most of our work is state-based.

In the past year, we’ve connected federal decision makers with clean energy companies in their districts. For instance, for Rep. Richard Hudson, we coordinated a tour of a solar farm in Montgomery County. For Rep. Patrick McHenry, last fall, did a tour of PPG in Shelby – it is a major manufacturer in Cleveland County – that makes fiber used in wind turbines.

We arranged those tours so the Congressmen can learn about the jobs created by the clean energy sector. You don’t often think about western North Carolina when you think of clean energy, but there are companies involved in the wind energy supply chain throughout the state.

On your website’s “about” page the phrase “free markets” is used. At a time when energy and resulting environmental concerns are regulated via multiple layers of government, is a “free market” possible to achieve, and what would that look like?

The only thing bringing competition is solar and wind and other clean energy technology, so we are helping to create competition in the energy market. And the government is extremely involved – look at the tax structure, the long-enjoyed benefits available to the fossil fuel industry – there certainly is no pure free market in energy.

How important are environmental concerns to the organization?

Our focus is on economic development of clean energy, but certainly as conservatives we care about the environment. I think it’s incorrect to say that conservatives don’t want clean air or water; they oppose pollution as much as anyone.

In terms of EPA regulations and things that are top down, I think conservatives naturally are suspicious of a federal government top-down regulatory program of any kind, and really on any issue. But if you talk in terms of a problem and solving a problem at the local level, and solving something with market-based solutions, I think that’s where you get conservatives engaged in any conversation on the environment.

We’ve long heard about an alleged “war on coal,” and President Trump has made it clear that he wants to bolster the fossil fuel industry. What would you say to him regarding also supporting renewable energy in the United States?

I think President Trump offers an opportunity for conservatives as it relates to clean energy. I don’t think he comes in with a firm ideological opposition. I think he has that whole “show me” mentality and that clean energy will win with him on the strength of our arguments because of the reality of the growing clean energy job market. I’m optimistic that he will look at these issues through a “what’s best for America” lens.