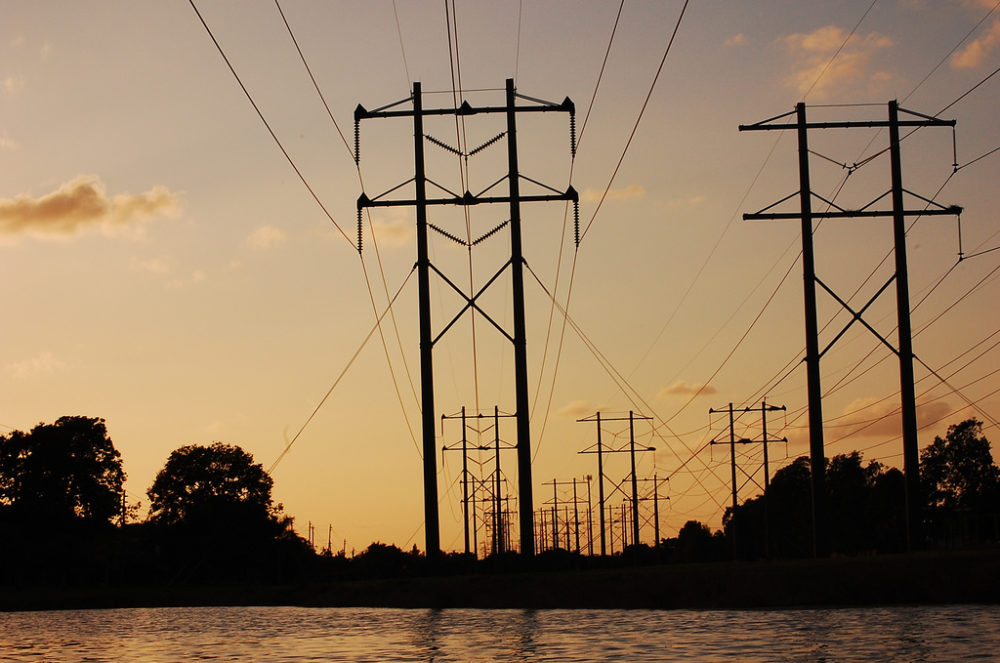 Renewable energy accounted for nearly two-thirds of new power sources on the U.S. electric grid in 2016, according to data released this month by the U.S. Energy Information Administration (EIA). It marks the third consecutive year that wind, solar and other renewables made up more than half of new generating capacity on the shifting U.S. power system.

Energy companies added 24 gigawatts of capacity — roughly the equivalent of a dozen new Hoover Dams — to the power grid last year, according to EIA’s preliminary data. Sixty-three percent of the new capacity was based on renewable technologies.

Western U.S. states continue to dominate in hydroelectric and solar power, while the Midwest leads the nation in wind production, according to EIA. Last year, the Midwest (as defined by the U.S. Census) accounted for more than a third of the country’s wind power output.

The findings reaffirm the broad trend toward a U.S. power supply that is more reliant on distributed, virtually carbon-free energy sources.

“The utility business is going to be leaning more and more on renewables,” says George Gross, a professor of electrical and computer engineering at the University of Illinois at Urbana-Champaign. “It’s still going to be the dominant source of new capacity. Nobody in their sane mind … is going to invest in coal.”

That said, Gross and others note that renewables continue to play a relatively small role in the Midwest and across the country. The technical complexities of integrating variable energy sources onto the grid remain a major hurdle for the industry to overcome. Weak overall electricity demand and competition from cheap natural gas make it difficult for companies to secure power purchase agreements for renewable energy. Political uncertainties at the local, state and federal levels threaten to further curtail support for deploying renewables and the smart-grid technologies that facilitate their use.

In EIA’s latest projections, total renewable power (including hydroelectric) consumption in the U.S. is expected to decline by 0.3 percent in 2017, before bouncing back by 7.3 percent in 2018. Despite notable additions of wind and solar capacity last year, the two sources combined are expected to have generated just 6 percent of all power in 2016.

The Midwest Census Region has seen significant, continuous growth in non-hydro renewable generation since 2005. Between 2013 and 2015, power generation from wind, solar, biomass and geothermal jumped by 17 percent, according to EIA. That upward trend is expected to continue, albeit more slowly, in the short-term. Between 2016 and 2018, the agency expects a 9 percent jump in the Midwest’s renewable output.

The rise of the Midwest’s renewable industry is difficult to deny. In 2018, it is expected to produce 270,000 megawatt hours per day — a more than 300 percent increase over just a decade prior. And yet, even then, renewables will account for just a tenth of all the electrons the region’s plants produce.

One major obstacle to increasing the proportion of renewables to non-renewables lies in the engineering challenge of adding variable power sources like wind and solar to an electric grid largely designed for the stable, predictable output of sources like coal, natural gas and nuclear.

That helps explain why utilities, power producers and grid operators are scrambling to embed advanced information technology into a system that has relied on analog, human-based data collection for over a century. By equipping the grid with wireless sensors, real-time data collection and complex algorithms, experts hope to build a 21st-century grid that better supports cleaner, more-distributed and less predictable forms of renewable energy. In common parlance, this is called the smart grid.

“The smart grid certainly makes easier the integration of renewables,” says Gross. “We get more information. We know how to adjust the system. We know how to find out if there are outages immediately. Pre-smart-grid days, the only way a utility knew if they had an outage was if one of the neighbors called.”

Utilities across the Midwest are building out their own smart-grid capacities — deploying advanced metering infrastructure, rolling out time-of-use pricing schemes and encouraging ratepayers to buy and use smart-energy devices in their homes and businesses. ComEd and Ameren, the two primary utilities in Illinois, are planning to deploy smart meters across their entire territories in the coming years.

Despite the benefits, a more connected grid raises significant concerns about potential security and privacy breaches. Earlier this month, the U.S. Department of Energy released its second installment of the Quadrennial Energy Review, a sort of “State of the Union” for the nation’s energy system. The report dedicates a chapter to reliability and security, noting that the expanded use of information technology in the power sector “expand[s] the grid’s vulnerability to cyber attacks by offering new vectors for intrusions and attacks.”

What happens to renewables in the Midwest also largely depends on what happens both with the market and in state capitals.

U.S. investment in clean energy dropped 7 percent to $58.6 billion in 2016, according to a report released this month by Bloomberg New Energy Finance. BENF attributes that decline to developers being slow to respond to Congress’s decision in December 2015 to extend tax credits for wind and solar. Worldwide, clean-energy investment was down 18 percent, partially due to a continued decline in equipment prices.

Many in the industry are waiting with bated breath to see how the Trump administration reshapes policies and regulations that largely benefitted renewables throughout the Obama years.

Last week, The Hill reported that the Trump administration was planning to make deep cuts to DOE, including the elimination of the Office of Energy and Renewable Energy, which funds many wind and solar programs across the Midwest. Later during the confirmation hearing for Rick Perry, Trump’s pick for Energy Secretary, Perry appeared to discount The Hill’s report.

“I am committed to the continuation of using brilliant scientists, the private sector and universities in collaborating on finding solutions to challenges … whether on renewables or use of resources in a more efficient, safe, effective manner,” Perry said.