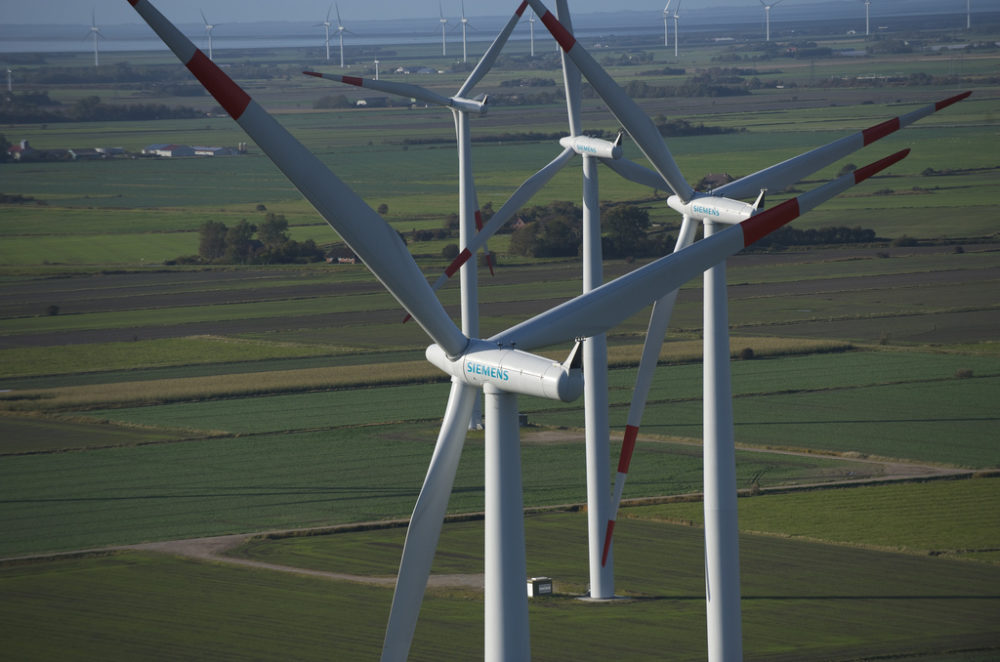 Editor’s note: This is Part Five of a series on climate and energy issues in Germany and Poland that could help inform policy discussions in Ohio and other parts of the United States. Kathiann M. Kowalski’s recent research trip to Germany and Poland was made possible by a Transatlantic Media Fellowship from the Heinrich Böll Foundation.

As policymakers in Ohio and elsewhere look to modernize their aging electric grid, concepts in Germany’s changing energy system suggest how today’s decisions can set the stage for a greater share of renewables and more energy security.

That’s just over the 30 percent that grid operator PJM has said the regional grid —which includes Ohio and all or parts of a dozen other states — could already handle over the next decade. Yet it’s still far below the 80 percent of renewables that current technologies could handle by 2050 in every region of the United States, according to a 2012 study by the National Renewable Energy Laboratory.

Nonetheless, as Germany pushes to move beyond its current level of renewables, the country faces challenges.

“We need to have a stable system where you can transport energy from the places where it’s produced to the places where it’s needed most,” said Katharina Klein, an expert on energy, climate and digitalization who has previously served as an advisor for the German Association for Energy and Water Industries (BDEW).

“Expanding the grid is a very important thing,” she continued. In her view, battery storage will also play a growing role.

“What’s maybe equally important but almost forgotten is that we have to make our grid smarter,” Klein added, “which means, on the local and regional level that our business companies need to invest in the infrastructure to make it smart enough to actually take into account renewable energy.”

‘Baseload is no longer needed’

Germany has committed to reducing its reliance on fossil fuels with a shift known as the Energiewende. The country sees the shift not only as “an important energy project, but also an important economic project,” said spokesperson Beate Baron at the Federal Ministry of Economics and Energy in Berlin. “This of course can serve as a model for other countries as well.”

Germany and other countries, including the United States, have traditionally operated their electric grids with the view that some amount of power would always be needed as “baseload” to meet constant demands placed upon the electric system, and additional power plants would ramp up or down as necessary to meet peak power needs.

Twenty-five years ago, coal and nuclear power provided the lion’s share of the energy generated in both Germany and Ohio, and those energy sources likewise provided the bulk of baseload power.

That situation might not continue if Germany’s shift towards renewables continues. Already, Baron noted, “there are hours of nearly 100 percent renewable electricity in the system.”

Consequently, she said, “baseload is no longer needed.” Otherwise, it could “block the grid.”

In fact, when peak levels of wind and solar energy reached their highest levels, power plants cut prices dramatically. On rare occasions, prices actually fell into negative numbers — so that customers were being paid to use electricity.

Instead of the current system, Germany envisions using an “Electricity Market 2.0.”

The system would move away from a capacity market focused primarily on supply-side resources to meet peak power. Rather, entities would make commitments to supply or use energy to balance the grid. And instead of running all the time, conventional fossil-fuel power plants would serve more to meet short-term needs and back-up capacity reserves.

Baron’s statements mesh with analyses done in 2015 and 2016 by the Berlin-based think-tank Agora Energiewende. Under that group’s models, wind and solar energy would provide the bulk of energy over a regional grid, with flexibility and smart retirement of conventional power plants helping to balance out the system.

Others questioned whether baseload might really be eliminated as a practical matter.

“I think there will still be some need” for baseload, said Christopher Engelmann at EnBW, one of Germany’s four large utility companies. “But to what extent? I think you could debate that.” In his view, coal-powered plants “may provide capacity markets and may also provide reactive power [for reserves], but it’s not as reliable.”

After all, observed Jörg Jasper, also at EnBw, “One day renewable energies will be the conventional energies of the future.”

‘A focus on flexibility’

In order for the grid to function properly, the electricity being used at any moment must match the amount that’s being supplied. Managing that is a delicate balancing act with conventional power, and the job gets more complex with variable sources of generation, such as wind and solar.

“The new power system needs to be very flexible to integrate [the] growing share of renewables,” Baron said. “That includes smart technologies, demand-side management and also a very flexible power plant fleet [with an] ability to quickly ramp up and down.”

“You can design a system with a lot of flexibility,” agreed Stephanie Ropenus at Agora. “One of the options is the grid. You can use it basically for regional balancing.” In her view, that includes selectively adding renewable energy.

For example, renewable energy might be fed into the grid at times when it’s needed or stored in battery systems for later. Smart inverter technology to make that practical is already spreading in the United States and could lead to greater penetration of solar energy in markets there.

“Flexibility at a more local level” is another important feature for the grid, Ropenus said. When there is a lot of wind energy in the system, for example, customers in cold areas can run heat pumps or run processes that would take advantage of the ready supply in the system.

EnBW sees the need for flexibility as a potential profit center. Its management envisions offering smart solutions for maximizing energy usage, automated data collection and flexible responses to different conditions on the grid, and other services. “I think in the long run that’s even the greater opportunity for us,” said Jasper.

“And for that we need smart, flexible and adjustable IT platforms,” Jasper added. “And it’s what we will also be heavily invested in in the future.”

Ohio’s actual share of electricity from renewable sources is far less than Germany’s — only about two percent as of 2015. Yet the overall share of renewables in the United States’ energy mix is increasing.

Although the United States is not likely to achieve the levels in Germany in the near future, renewables will catch up to and surpass coal by about 2040, according to the Energy Information Administration’s Annual Energy Outlook 2017, which was released on January 5.

Advocates such as Dick Munson at the Environmental Defense Fund are already calling for a modern grid to be designed for efficiency and a market-based system of generation that would be able to handle a larger share of renewables.

Meanwhile, the Public Utilities Commission of Ohio has already indicated an interest in updating the state’s electric grid. Grid modernization was one reason advanced by the PUCO in October when it allowed extra charges to prop up FirstEnergy’s credit rating without requiring the company to use those funds specifically for any grid projects.

Regardless of what regulators ultimately decide in Ohio and other states, an updated grid will require large capital investments.

That raises the question of how to fairly design rates for an updated distribution grid — a situation that could rekindle attempts to undermine net metering in Ohio and elsewhere.

Meanwhile, the situation in Germany is also not fully settled, but some trends are emerging, including the need for an expanded and modernized grid.

“What you could say…is that investing in renewable energies and in grid infrastructure brings you a steady return,” Klein said.