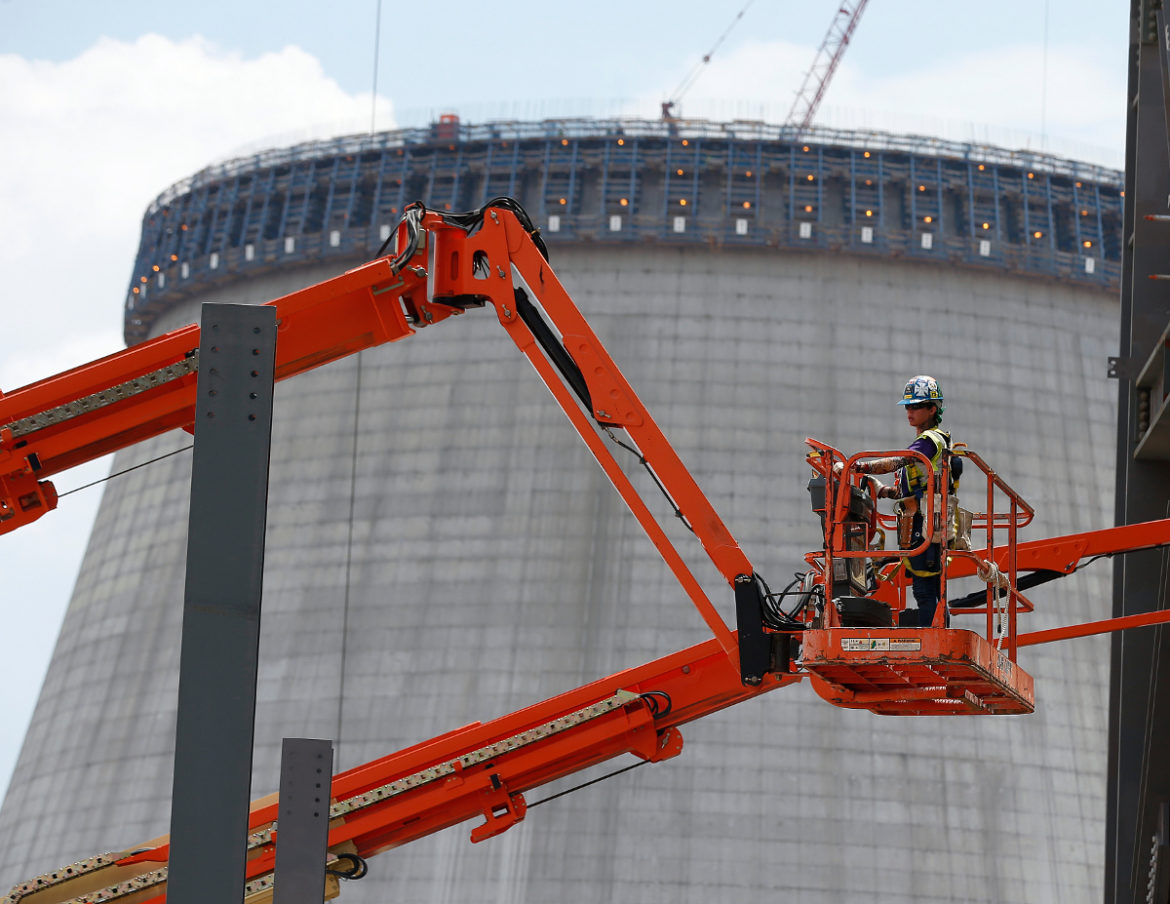 While nuclear power operators are struggling with political challenges or to remain competitive in deregulated markets in other parts of the county, many of the monopoly utilities in the Southeast are adding capacity, often with willing support from lawmakers and regulators.

The single biggest differentiator of nuclear’s future in the U.S. is whether utilities are protected from competition, as most are in the Southeast.

INTERACTIVE MAP: Click the image above for a map showing the Southeast’s nuclear plants and their current status.

Taken together, there are 39 reactors operating across 10 Southeast states. Along with extensions granted to their original operating licenses, most of these reactors are poised to operate well into the second half of this century. Add to that the reactors that are under construction, two each in Georgia and South Carolina and projected to begin generating electricity by 2020.

Coming on the heels of the long-awaited startup of the Tennessee Valley Authority (TVA)’s Watts Bar 2 reactor in Tennessee in October and federal regulators’ commencing this month a siting assessment for what would be one of the nation’s first new small modular reactors, also in Tennessee, professionals say the industry’s future hasn’t looked this bright for decades – at least in the Southeast.

There is even a development company that paid the TVA $111 million to try to resurrect its never-completed dual-reactor Bellefonte nuclear plant in Alabama.

“In regulated markets, you’ve got a much more holistic, long-term, picture of how the (electric power) system is supposed to fit together,” said Matthew Crozat, senior director for business policy at the Nuclear Energy Institute, the lead industry trade group.

While critics of nuclear power acknowledge the brightening outlook, especially with Donald Trump as President, they are quick to point out how ratepayers will be paying an increasingly steep price – and the guaranteed double-digit profits that flow to shareholders — for reactors under construction and planned.

By most estimates in today’s dollars, a 1,000-megawatt reactor costs about $10 billion before it starts generating electricity. An application at the Nuclear Regulatory Commission by Dominion Virginia Power to build a third reactor at its North Anna plant rated at 1,520 megawatts is currently estimated to run as high as $19 billion by the time it could start up 8-10 years after receiving its license.

“Dominion wants to spend massive ratepayer money on a project that has negative value for ratepayers and huge value for stockholders,” said Mark Cooper, senior fellow for economic analysis at the Institute for Energy and the Environment at the Vermont Law School, in a conference call with reporters last July. Dominion’s own Integrated Resource Plan projects a 26% increase in rates to pay for such a reactor.

“Nuclear plants in restructured, competitive markets tend to face greater economic risks than plants in regulated markets,” said Steve Clemmer, Director of Energy Research at the Union of Concerned Scientists. “In regulated markets, the utilities that own these projects can get approval and cost recovery from the commissions to keep them running. That is not the case in some competitive markets.”

Nowhere is the future for nuclear power more stark than at New Orleans-based Entergy and Dominion. Each company operates reactors in both regulated states and competitive wholesale markets where consumers can choose their suppliers.

Late last year, Entergy cited economics amid a competitive market for wholesale power in opting to shut down its Palisades plant in southwest Michigan. Earlier this month, political pressures moved Entergy’s competitive nuclear arm to agree to shut down both of its reactors at its Indian Point plant about 25 miles north of New York City by 2021.

Only eight years after acquiring the Kewaunee plant in Wisconsin, Dominion opted to shut it down in 2013 because it couldn’t make enough money running it.

In contrast, Entergy’s utilities in Arkansas, Louisiana and Mississippi often benefit from regulators accommodating its plans to continue operating a combined five reactors in those states. Dominion benefits from similar treatment in its home state of Virginia.

Elsewhere in the nuclear-friendly Southeast, Duke Energy, Florida Power & Light, South Carolina Electric and Gas and Southern Co. are running the reactors they built at full steam ahead to help meet demand for lower-carbon sources of power especially where aging coal-fired power plants are being retired.

In addition to generally favorable regulatory and legislative climates these utilities enjoy, there is one factor capable of ensuring nuclear’s bright future: the ability to ask, and get, charges added to ratepayers’ bills as the cost of building a new reactor goes up.

Sara Barczak, the High Risk Energy Choices Program Director at the Southern Alliance for Clean Energy, pointed to a construction-work-in-progress (CWIP) law in most states, or something very similar to it, that backstops utilities on rising costs.

“Unfortunately we haven’t seen any of the states with reactors under construction such as Georgia and South Carolina defer these costs over to shareholders,” Barczak said. “Until utility ratepayers feel the pain, these utilities are not going to change their behavior.”