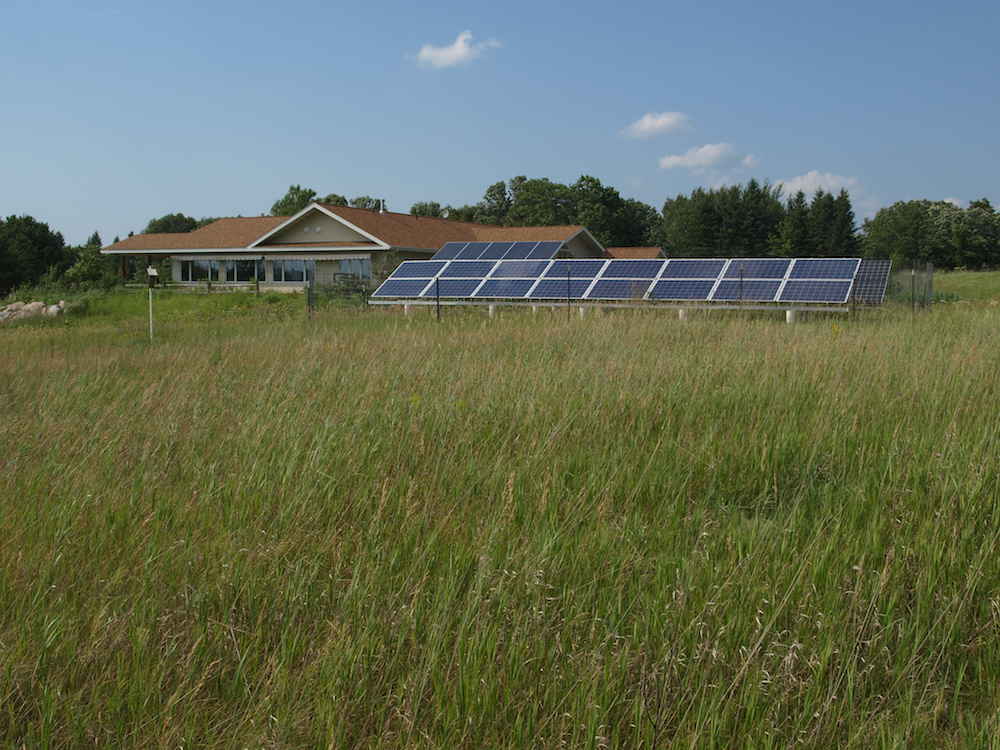 House Bill 234 would stop the Public Utilities Commission from hearing cases brought by disgruntled solar and small-wind customers of member-owned utilities. It would also immediately stop an investigation PUC has underway dealing with fixed charges applied to solar and small-wind producers.

The House measure and companion Senate bill in the Senate are both quickly moving through the committee process.

Bill critics say Republican lawmakers want the bill to pass quickly so that any decision the PUC makes on fixed charges will be moot. If the legislation passes, any disputes between co-ops and members over distributed generation fixed charges would be decided by co-op boards in the future, said Duane Ninneman, executive director of Montevideo-based Clean Up The River Environment.

“It’s war on solar in Minnesota,” he declared. “Insiders who are co-op board members tell us the No. 1 thing identified as a threat to local rural cooperatives is distributed generation and the right of members to make their own energy.”

Jim Horan, legal counsel for the Minnesota Rural Electric Association, said the legislature allowed co-ops to charge fixed fees for distributed generation clients in 2015. That change essentially allowed the commission to regulate “what’s already regulated locally … there’s no need to do it twice,” he argued.

Co-ops will continue to offer customers net metering options to reimburse them for their energy output, he said, and if a dispute arises the co-op board will then adjudicate it. Each co-op can apply reasonable fixed charges for distributed generation based on their circumstances, he said.

Co-ops with fewer members per mile generally charge more, Horan said. During the debate, opponents of the new law pointed to an $83 monthly charge that Nobles Cooperative Electric charged a customer with a larger solar system.

Horan explained the fixed charge for Nobles to serve the solar customer is justified because the solar array in question puts more strain on the utility’s system, he said.

The reason MREA and the bill’s allies want a quick resolution, he said, is that commission dockets are expensive. Horan estimates a docket — a case before the commission — can cost a utility as much as $40,000 in addition to taking time to process.

Because co-op boards are democratically elected, members can run for election if they oppose policies or speak to representatives about issues such as fixed charges, he added.

Republican state Rep. Dave Baker of Willmar, who authored the bill, said his reasoning is that “local control should stay local” and co-ops should have the “ultimate control” over fixed charges.

Many commission cases brought by rural distributed generation customers have been “frivolous” and costly for cooperatives, he said. The PUC’s role should not be determining whether fixed charges are fair in cases involving co-ops with locally elected boards, Baker added.

The commission is a better place to deal with complaints because it offers third-party oversight of the dispute — as opposed to a co-op, which has a vested interest in the outcome, Shaffer said.

The argument that co-ops have democratically elected boards isn’t a strong one, he said. Few members vote in elections, and running for boards — at least at some co-ops — can be challenging, Shaffer said.

Ninneman cited other issues, such as co-ops’ failing to acknowledge any of the benefits of distributed generation in their justification for fixed charges.

Whether other customer groups — such as businesses — pay their fair share of the fixed costs as compared to distributed generation clients is an open question, Ninneman added.

Baker, the bill’s author, agreed. As the bill moves forward, changes will be made to ensure solar and small-wind customers have greater certainty over fixed charges.

“I’m listening to them … and I get their concern about the unknown,” he said. “If you invest in panels, there should be known circumstances and costs.”

The law in part stems from a decision last June by the commission to halt the ability of cooperatives to charge fixed fees on distributed generation customers while it investigated the issue.

It also is part of a wider legislative effort by the Conservative Legislative Exchange Council (ALEC) on solar legislation, according to Democratic House Minority Leader Melissa Hortman.  A similar bill which passed in Nevada last year resulted in many solar companies leaving the state, she said.

Homeowners should have the freedom to own their own energy system and pay a fair rate to use the electric grid, Hortman said. But the fees coops can access now may put this out of reach of many of their members, she suggested.

A Democratic co-lead on the Job Growth and Energy Affordability Policy and Finance Committee, Rep. Jean Wagenius of Minneapolis, agrees with Hortman. Wagenius opposes the legislation because she believes it will mean less solar and small-wind in rural Minnesota.

She finds it ironic that Republicans ran in last year’s election on a platform of offering rural Minnesotans more economic opportunities. But at least in the case of rooftop solar, such activity will continue to grow in her district of Minneapolis and Richfield — which are part of Xcel Energy’s territory — but decline in the rural parts of the state due to growing fixed charges, Wagenius said.

The legislation “makes it too risky to invest in solar,” she said. “Why would you take this risk?”