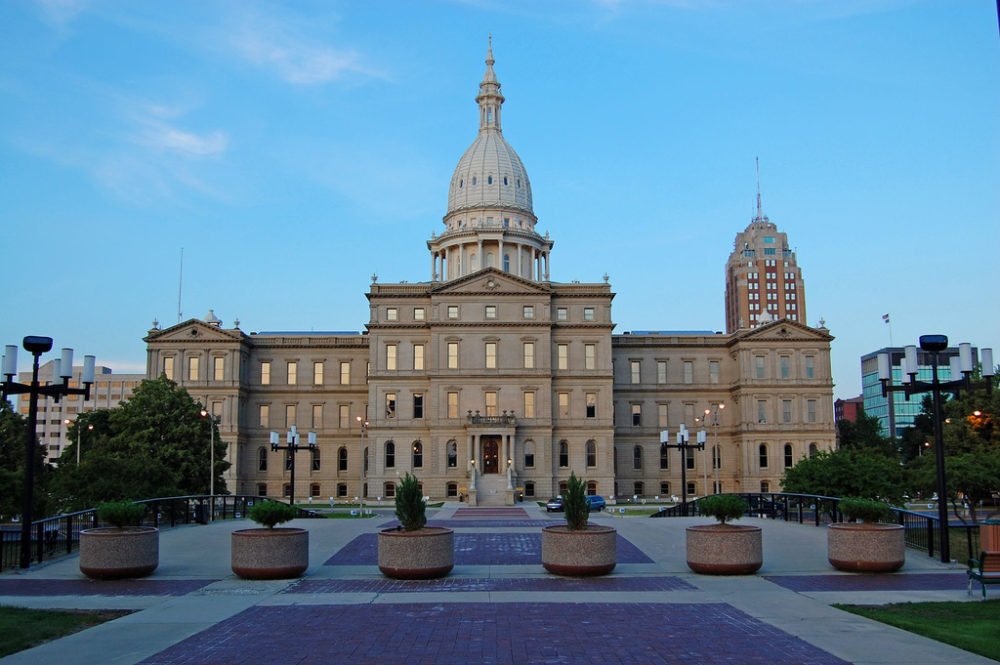 State Rep. Gary Glenn — the new chairman of the House Energy Policy Committee and a staunch free-market, pro-competition advocate — says he has “no qualms whatsoever” about introducing legislation to roll back 2016’s energy reforms, including the expansion of Michigan’s renewable energy and efficiency standards.

“I can certainly say it is not my attitude as chairman of this committee that we are going to say: ‘Well, OK, the legislature a month ago rewrote this legislation, we only do that once every decade, therefore this committee will spend the next two years twiddling its thumbs and staring at the ceiling,’” Glenn said Feb. 7 during his first committee meeting as chairman. He plans to meet every Tuesday morning over this legislative term, which he estimated to be about 80 times.

Glenn said in an interview the following day: “I intend to be very aggressive. I seriously wonder whether 80 Tuesdays over the next two years is enough. Every imaginable element of energy policy I consider proper will be before this committee. … It’s all on the table.”

Part of that time will be an educational crash course for new committee members, but Glenn said he also anticipates a bill to be introduced soon that would eliminate a potential grid fee for net metering customers. He “suspects” another bill may repeal renewable and efficiency standards that were just expanded to 15 percent. Any plan to further increase those standards“will not get a hearing,” he said.

“My approach is going to break this (comprehensive package) up into as small of chunks as possible that are more easily understood and acted on independently of any broader package where you have a lot of horse trading going on,” he said of the 2016 bills, which he also criticized as hastily negotiated in the final hours of the session. “I don’t feel bound in the least amount by the judgment rendered by the last legislature on bills that no one read. I thought the process (in 2016) was irresponsible.”

Glenn, in his second two-year term, replaces former state Rep. Aric Nesbitt as the head of the House energy committee. The two disagreed particularly around electric choice issues, and Glenn was critical of the way Nesbitt passed his own bills through committee last year. Glenn also believes the November election brought an even greater shift toward his “free-market principals” among new members of the conservative-led House.

However, Glenn confronts a state Senate that is less enthusiastic about dissecting two years’ worth of work on energy. The prevailing thought in the Senate — and the Snyder administration — is that last year’s legislation was a major bipartisan accomplishment that needs time to play out. Glenn would also likely face strong opposition from major utilities that backed the reforms.

“We had 70 percent of all representatives in the House vote for the bills, and over 85 percent in the Senate. I don’t think we need to revisit something that’s not even implemented yet. We’ve gotta give it a chance,” said Republican state Sen. Mike Nofs, who chairs the Senate Energy and Technology Committee. “We’ve got to give them at least two years to work.”

Nofs said the House can “revisit (the bills) all they want,” but in the Senate, “We’ve been here a while and looked at it thoroughly. We worked hard for two years, let’s give it a chance. Just because you have different opinions doesn’t mean we don’t have the right answer.”

Even if he confronts a roadblock in the Senate, Glenn said his approach will at least serve to continue the discussion on energy topics leading up to the 2018 election, which will feature contested races for governor, the House and the Senate.

“If the next two years serve as a time when we can message and make the case to return to the (former Republican Gov. John) Engler model of a free energy market, I’m happy with that,” Glenn said. “If we’re merely making the case for policies that are maybe implemented under a different Senate and governor in 2019, I take the long view.”

Whether Glenn’s plan is simply posturing, clean energy advocates are taking note. They recognize the new dynamic Glenn brings and are prepared to support him or play defense when his free-market principals confront their goals.

“Where we want to play, and I think Glenn will be there, is: Why aren’t homegrown Michigan renewables getting first consideration on dispatch?” said Larry Ward, executive director of the Michigan Conservative Energy Forum, a network of Republican advocates for clean energy. “Glenn has ideas we can work within and help the clean and renewable markets.”

While Ward says Glenn’s efforts may realistically be “kind of a marketing thing,” the potential for repealing the clean energy standards “moved up the list” as an issue his group “may have to play defense” on.

“But I don’t really believe that will be the case, especially with the way it unfolded last year. There’s no justification for it,” Ward said. “If they really don’t like the standards, they have them sunset in 2021. Why cause the angst to go through that?”

James Clift, policy director with the Michigan Environmental Council, said he doesn’t expect to see many changes in the “traditional” clean energy sectors of renewables and energy efficiency. Repealing the clean energy standards is “always an issue we’ll keep a close eye on, but that’s also an area the Senate will be most skeptical of taking up.”

However, he thinks Glenn could receive broad support for plans that lower overall system costs, such as reducing peak demand, and that save ratepayers money.

“To the extent (Glenn) is raising new issues, especially in ones he gets bipartisan support for in the House, the Senate may be forced to pay attention a little more,” Clift said.

At the February 7 committee meeting, Glenn announced that he already had bipartisan support for a bill that would allow ratepayers to opt out of requirements to install smart meters.

An issue that will continue to play out as a result of the 2016 legislation is the future of Michigan’s net metering program. The bills tasked the Michigan Public Service Commission with setting a tariff and determining whether there should be grid-usage fees for net metering customers.

For solar advocates, this was an improvement on earlier plans to eliminate net metering and possibly move to a “buy-all, sell-all” model, though there is still concern that the commission won’t fully account for the benefits of rooftop solar, said Amy Heart, spokesperson for The Alliance for Solar Choice.

“In the interim, it creates uncertainty for the market, but we continue to have concerns to make sure the process at the commission includes all of the benefits for Michigan ratepayers, not just necessarily what the utility may say is the cost-benefit,” she said. “That process and the outcome will be a huge factor in where the distributed generation and rooftop solar market can go in Michigan.”

Ward believes that the next couple of years before any potential charges are established should be a boon for Michigan’s solar industry. “Now is the time to get in,” he said.

Glenn says he wants the Energy Policy Committee to play a strong oversight role of the work state regulators do on enacting changes in the new laws, which includes net metering. During the energy debate, Glenn advocated for the cap on net metering to be expanded and believes ratepayers should be incentivized for generating their own electricity through net metering.

“With net metering, Glenn is going to be bringing people in and giving an education,” Ward said of the committee. “He’s not just going to let (the MPSC) work on a tariff on their own.”