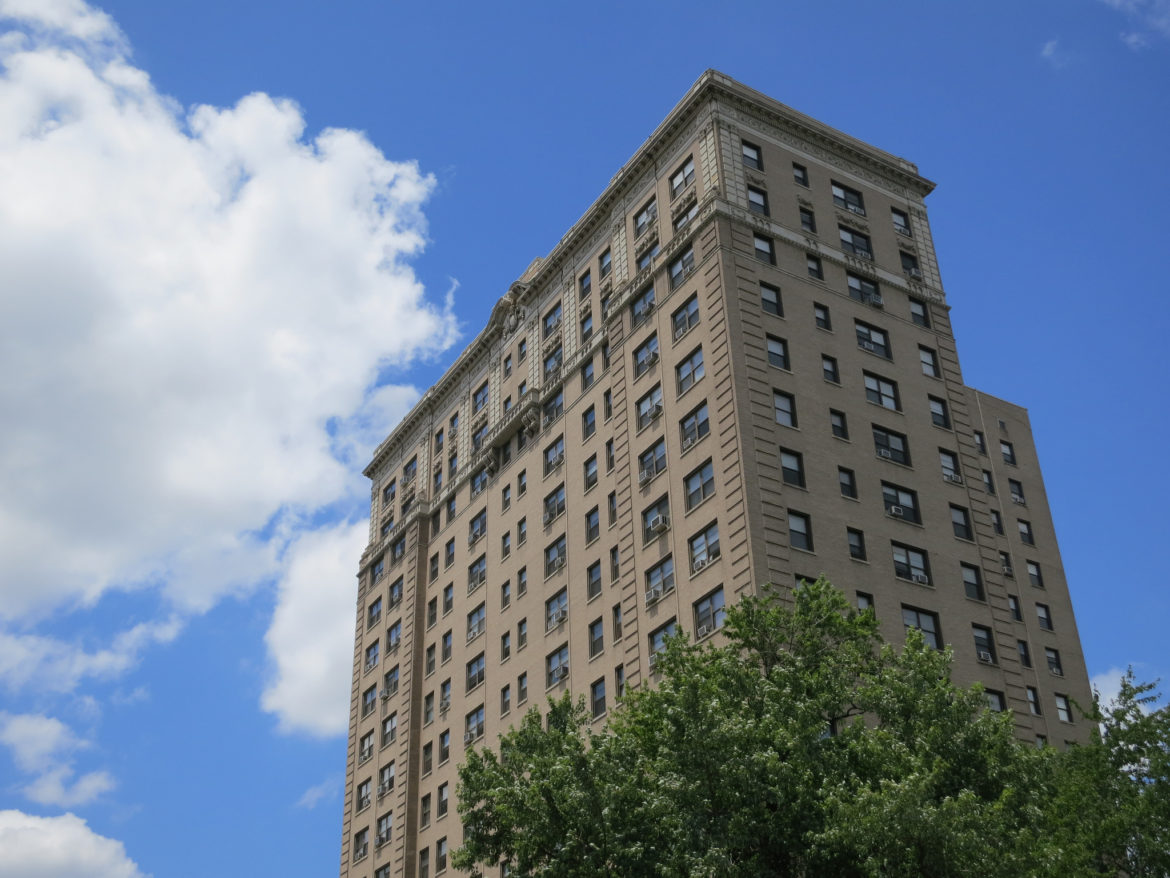 An apartment building in St. Louis.

However, the excitement may have been premature. According to the state Housing Development Commission, the owners of about 57,000 low-income housing units located in about 1,100 structures are prohibited from utilizing efficiency subsidies that are provided for in the Missouri Energy Efficiency Investment Act.

“Under the law, they can’t participate in these programs that were designed for them,” said Andrew Linhares, an attorney for the clean energy advocacy group Renew Missouri. The group and Missouri’s major investor-owned utilities are pressing for legislation to do away with the prohibition.

The prohibition “certainly is an obstacle” to the utilities’ attempts to enroll apartment buildings in their efficiency programs, said Linhares. “I know their programs are underperforming.”

Two bills that would address the issue are before the Missouri General Assembly. One deals only with the tax credit issue; the other is a large and highly contentious omnibus energy bill that is unlikely to pass.

Energy-efficiency benefits are a tough sell in the low-income and broader multi-family residential market — which accounts for about 18 percent of households nationwide — because the owners and the residents tend to have divergent financial interests.

While tenants would benefit from lower energy bills, they are unlikely to make those efficiency investments on a building they don’t own. And while owners would benefit in the long term from improvements to their buildings, they would have no motivation to reduce renters’ utility bills in the short term. Moreover, when building owners pay the utility bills, studies have shown tenants consume more energy. It’s what’s known as the “split incentive” problem.

Because owners of apartment buildings haven’t traditionally taken advantage of utility efficiency benefits available to them and other commercial electricity customers, utilities in the past few years increasingly have been devising efficiency benefits tailored to this particular market, according to Lauren Ross, who has studied the multi-family market for the American Council for an Energy-Efficient Economy.

In a recent survey, she found that 15 of the nation’s 51 largest cities have energy-efficiency benefits targeted at owners of multi-family housing. They include Minneapolis and Detroit, as well as Kansas City and St. Louis.

According to a study done by ACEEE and CNT Energy, the leading multi-family efficiency programs typically can cut gas bills by 30 percent and electric bills by 15 percent.

Even though whole-building benefits are available, there don’t appear to be many takers as of yet. In the Kansas City area, some property owners have responded to the city utility’s offer last summer of free — or nearly free — efficient lightbulbs, according to Kevin File, Kansas City Power & Light’s senior manager of products and services.

“But what we really want to do is find opportunities to invest in the building shell or other large investments to make it overall more efficient,” he said. KCP&L offers discounts on larger building-wide improvements, as well as a system to guide customers through the process.

The story’s been similar in the St. Louis area. Cara Dolly, Ameren’s managing supervisor of residential energy-efficiency programs, said that in the first nine months of its new program, the utility has done lighting upgrades in the common areas of five large apartment complexes. Owners of six others are also considering making upgrades.

But no property owner yet has pursued more than light bulb trade-outs in the common areas, which typically are free or inexpensive.

“We’re only nine months into it,” Dolly said. “It’s not a fast process. It’s really hard to get them to spend that additional money on their tenants when they don’t see the benefit for their bottom line.”

Although the response so far has been modest, ACEEE’s Ross praised Ameren and KCP&L for their “one-stop shop” approach.

“They’re not just posting online that the program is available,” she said. “Instead, there are dedicated account managers who assist in the application process to help determine eligibility. There’s this point of contact all the way through, from the audit to the application for rebates to the verification after the measures are installed. That system is really aimed at making these programs more attractive to property owners.”

Owners of multi-family and low-income apartment buildings can benefit in a couple ways from investing in greater energy efficiency, Ross said. Tenants who are more comfortable and paying less for utilities are less likely to move, reducing the time that units are empty, she said.

“And if the systems are running well, there should be reduced maintenance and operating costs as well,” she added. And efficiency improvements to the entire building reduce utility bills for the building owner as well as for tenants.

Still, “there are a lot of competing priorities, especially in affordable multi-family housing stock. A lot of these buildings are old housing stock,” Ross said. Also, other building repairs are often prioritized before efficiency upgrades, she added.

“Especially in the affordable-housing market, there are these points where owners have access to low-cost financing,” Ross said. “When they are committing to how many units will be kept affordable, they can get low-cost financing (from the federal government.) At these critical points where building owners are looking for financing, it makes the most sense to align energy-efficiency upgrades.”

It’s a nuanced business, she pointed out, and utilities “have to do more to (show) these programs to building owners. Ameren and KCP&L are on the right path. They’ve developed good programs. They are serving low-income buildings, which often are the buildings in the most critical need. But it’s likely that more will need to be done to get building-owners to participate.”