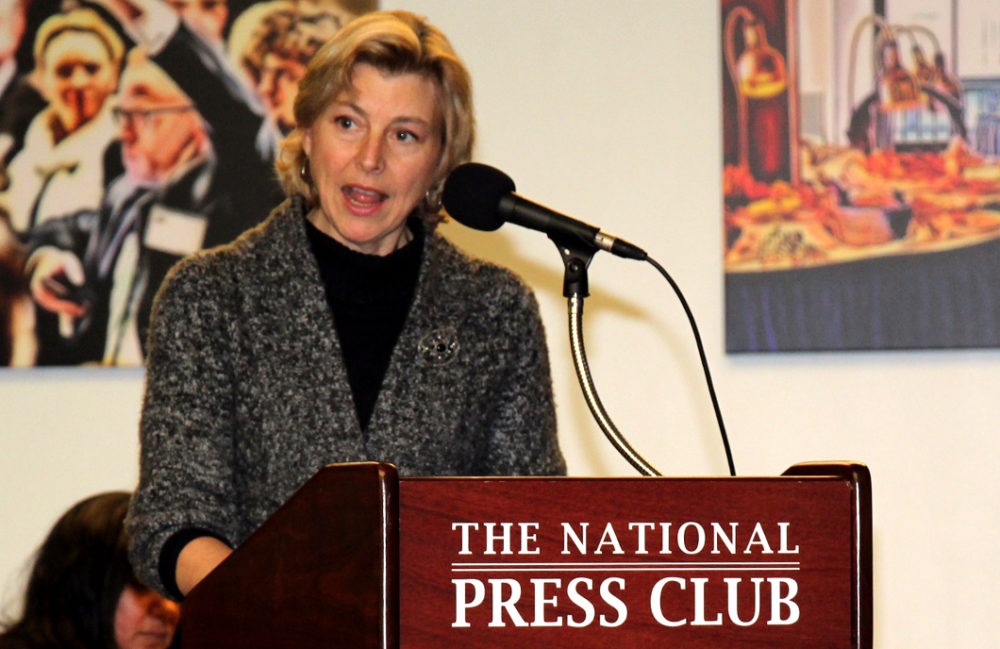 Ivy Main has long helped Virginians make sense of the how energy policy is made during its annual legislative sessions, including the current General Assembly – which concludes this weekend – and the resulting regulations that flow from them.

Among the best-read posts on her Power for the People VA blog are those explaining the influence the states’ utilities exert on the dozens of environmental and energy-related bills that are proposed every year. She also is quick to spotlight and debunk energy claims by candidates running for statewide offices, an especially useful service given that Virginia must elect a governor, lieutenant governor and attorney general every four years.

Main chairs the renewable energy advocacy efforts of the Sierra Club’s Virginia Chapter. She recently spoke with Southeast Energy News about the current state of energy politics in Virginia and elsewhere.

Southeast Energy News: How did you first come to comment on energy and politics in Virginia?

Main: When I first started volunteering with the Sierra Club ten years ago, there was very little coverage of Virginia energy policy in the media, in spite of its importance in our lives. I could see why: the subject was complicated, depressing, and boring. I have a background in both environmental law and humor writing, so I figured I could probably tackle two of the three. It’s still depressing.

How has energy policy changed since you began blogging?

A few years ago someone described Virginia’s government as a wholly-owned subsidiary of Dominion Resources, Inc. It’s still true, but we’re finally starting to get a look at the books.

What realistic hopes did you have for renewable energy and energy efficiency when current Gov. Terry McAuliffe took office in January 2014?

Terry McAuliffe ran for governor on his support for offshore wind power, a mandatory renewable portfolio standard, requiring utilities to put efficiency first, and opposition to offshore drilling. I figured he was the one with unrealistic hopes, but I was pulling for him.

What’s at stake in this year’s campaign for governor? How might cleaner energy become a defining issue?

The country remains in the grip of a populist urge to smash things up and reject authority. That’s had the terrible result of putting a demagogue in the White House who is now helping corporations, including the worst polluters, further their control of the country at the expense of ordinary people.

Yet protecting the environment remains a high priority with Americans, and clean energy has enormous, bipartisan support. So there is a huge opportunity for honest politicians to tap into the populist zeitgeist and use it for good rather than evil.

Explain why Dominion Virginia Power and its parent company have so much influence in the General Assembly? Do you see that changing anytime soon?

Part of the problem is that Dominion is the single biggest donor to election campaigns after the Republican and Democratic parties themselves, and Virginia laws let politicians use campaign cash any way they want, including for personal expenses. The most important committee members have taken a lot of Dominion’s money.

But rank-and-file legislators don’t typically get more than a few thousand dollars a year from Dominion, and if that’s enough to guarantee their votes, then the real outrage is how cheaply our legislators can be bought.

So money is certainly part of it, but so is the fact that for most legislators, energy policy is hard. You’ve got Dominion lobbyists in your office every day telling you they can provide affordable and reliable electricity only if you vote for their bills, and on the other side you’ve maybe got someone from the AG’s office and a bunch of citizens, none of whom have ever run a utility. Who are you going to listen to?

Even so, we are starting to see daylight on this. Dominion has seriously overreached in the past few years with a series of bills blatantly serving its own interests rather than consumers, and in doing so it has undermined its credibility with lawmakers.

What do you think of the evolution of Virginia’s solar market?

The great news is that the price of solar power has dropped to such a point that large purchasers like Amazon can make the economics work in Virginia with or without Dominion. We’re going to start seeing a lot of utility-scale projects driven by corporations. But small customers don’t have that kind of leverage, so the market for distributed solar remains tough.

If you were advising other cleaner energy advocates, how would you recommend approaching lawmakers to boost solar and efficiency measures in future legislative sessions?

Clean energy wins on a whole range of issues that matter to Republicans as well as Democrats: job creation, saving money, air quality, emergency preparedness, consumer choice, national security and energy independence. Find out what a legislator cares about most, take some constituents with you to a meeting, and tell the legislator how your bill fits their priorities. Just remember that Republicans have taken a vow of ignorance on climate change, so you need to respect that.

What impact do you think President Trump is going to have on energy policy and regulatory decisions affecting Virginia?

A lot of people were counting on the federal government to drive change, through the Clean Power Plan and the Paris Accords. That’s not going to happen now. The cavalry is not coming. But protecting the environment has always been the job of us foot soldiers.

Virginians who want clean air and water and a climate that supports civilization as we know it have to demand it. If anything good comes out of the debacle of the 2016 election, it will be that it forces people to learn, to show up, to make themselves heard, and to keep at it.