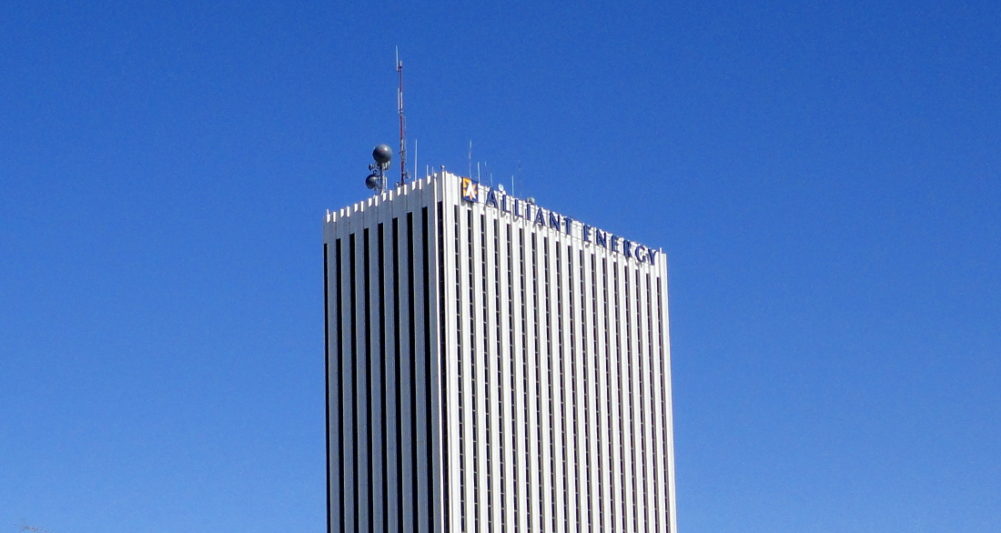 Iowa regulators have been asked to reconsider a recent ruling that many renewable-energy supporters fear could seriously impede solar and other forms of clean energy in a large part of the state.

On Thursday, seven environmental and solar-industry organizations asked the Iowa Utilities Board to re-evaluate a proposed experimental tariff for customers of Alliant Energy who produce some of their own energy. Iowa’s Office of Consumer Advocate filed a separate petition seeking the same reassessment from the IUB, and citing many of the same concerns.

On Feb. 3, the utilities board made a ruling that appeared likely to allow Alliant Energy to implement a new tariff, for three years, that could discourage investments in solar arrays.

“There will be some reduction under this tariff if it stays in place,” said Josh Mandelbaum, the attorney for the Environmental Law & Policy Center who wrote the request filed Thursday. “The question is, is it an extreme amount, or just a decent amount of reduction?”

In a comment filed on behalf of the Office of Consumer Advocate, Mark Schuling wrote that Alliant’s proposed tariff “creates barriers to prospective DG customers and thereby undermines Iowa policy which seeks to encourage (distributed generation).”

Mandelbaum said his primary concern is with how Alliant proposed to calculate a cap on net metering.

Currently, Alliant allows customers to net meter up to 500 kilowatts. As part of a three-year evaluation of its distributed generation policy, the utilities board instructed the state’s two major utilities – Alliant and MidAmerican Energy – to propose experiments that would “expand renewable energy opportunities in Iowa.”

The board required that the experiments raise the cap to 1 megawatt (up to 100 percent of a customer’s load), and to allow all classes of customers to net meter for purposes of offsetting their energy cost, and, once a year, to allow customers to be reimbursed at the utility’s avoided-cost rate for any excess generation.

The board’s intent was, at the end of three years of a modified set of rules, to determine whether to make permanent changes in its policy towards self-generating customers.

Clean-energy advocates in the state were largely satisfied with MidAmerican’s proposed experiment. Not so with Alliant. The two utilities proposed vastly different formulas for determining the net-metering cap on any individual customer. Both utilities said they would agree to net meter as much as 1 megawatt or 100 percent of a customer’s load, whichever is lower. MidAmerican said it would consider load to be a customer’s total energy use over 12 months.

Alliant said it would base the cap on a customer’s highest demand at any point in the year. Mandelbaum said that poses a couple of issues. First, he said, Alliant doesn’t actually know the ebb and flow of demand on the system for residential customers because it doesn’t track that data. Alliant said it would base it on the average demand of a large class of customers.

Furthermore, Mandelbaum said, it looks like Alliant may have understated the extent to which its demand-based calculation would reduce the allowable extent of net metering. Alliant provided an illustration of how the demand-based calculation might reduce the net metering cap. A customer using 12,000 kilowatt hours annually would be able to net meter 9 kilowatts of capacity. Alliant said the formula it is proposing would reduce that cap to about 5.5 kilowatts.

Mandelbaum questioned the numbers Alliant used in that calculation, and suggested that the cap might actually be as low as 3.4 kilowatts, which could “bring the residential renewable energy market to a stop,” he wrote in his Thursday filing.

Mandelbaum and the Office of Consumer Advocate are asking the utilities commission to re-assess Alliant’s proposed use of energy demand as the basis for calculating a net metering cap. And should the board decide to accept that formula, Mandelbaum urged the regulator to require Alliant to provide “the underlying data and formulas” behind its calculations.

In addition, he asked the board to clarify that the demand-based standard would apply only to systems larger than 500 kilowatts, that it be stated in terms of AC rather than DC, and that the utility allow systems to exceed the limit by as much as 50 percent.

The board is required to respond within 30 days.