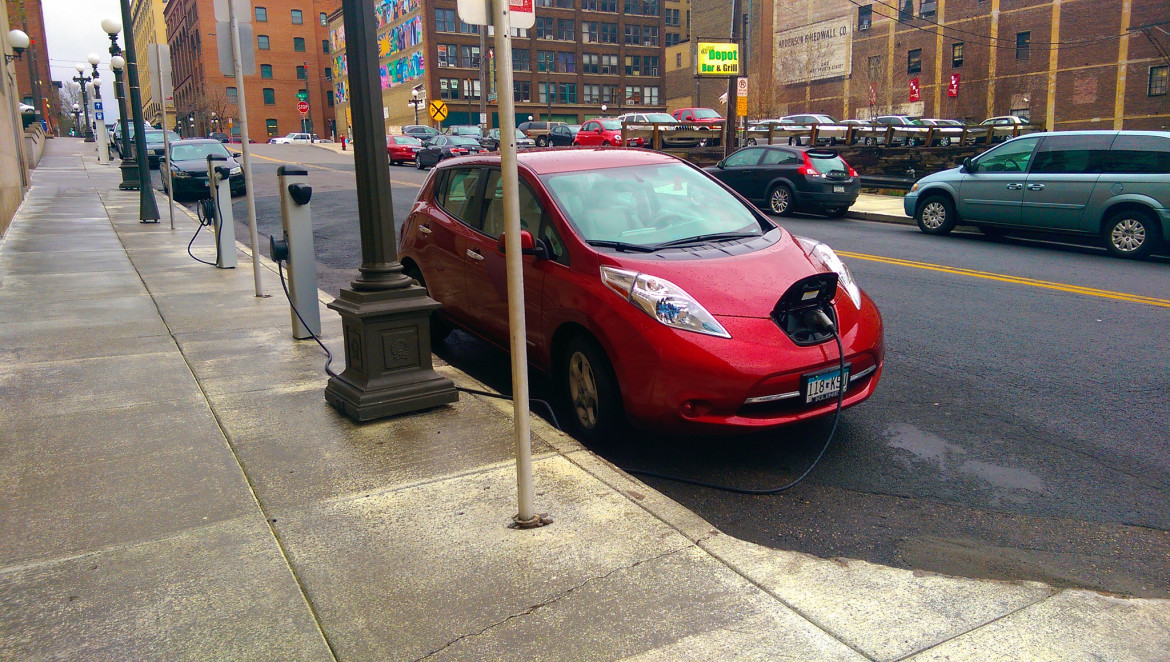 A coalition of six Midwest clean energy groups are seeking a share of $1.2 billion allocated for zero-emissions vehicles as part of last year’s settlement in Volkswagen’s emissions-cheating scandal.

Additionally, the groups hope to see millions more in “beneficiary mitigation” funds spent on clean transportation initiatives that are also part of the settlement and directed to each state.

A January 18 letter to Volkswagen from the coalition Charge Up Midwest highlights clean transportation efforts underway in Chicago, Columbus, Detroit and Minneapolis-St. Paul, suggesting these could be areas for additional investment.

“We emphasize these specific market segments in metro areas because charging station deployment at these sites will likely have the greatest potential to accelerate EV adoption,” the letter says. “These areas — particularly multi-unit dwellings and disadvantaged communities — also present unique deployment challenges to would-be market participants.”

Charge Up Midwest — made up of the Natural Resources Defense Council, Ecology Center, Great Plains Institute, Environmental Law and Policy Center, Clean Fuels Ohio and Fresh Energy — was formed to coordinate EV adoption efforts in the region, which has lagged behind coastal cities in deployment, the group notes.

“With many large population centers separated by longer distances than urban areas on the East Coast, the value of a robust DC Fast Charging Network in the Midwest becomes even more critical to supporting EV adoption and driving additional EV sales by prospective vehicle buyers,” the letter adds.

While major utilities in states like Michigan, Missouri and Ohio have proposed electric vehicle infrastructure programs, they have seen limited success and, in particular, challenges from the private sector over the role utilities should play in building a charging network.

Electrify America submitted its first round of investment plans to the U.S. Environmental Protection Agency on Feb. 22. An Electrify America spokesperson said last week that the proposals will be made public “at a later date.” The Zero Emissions Vehicle fund will go toward building charging stations as well as education and outreach.

Charles Griffith, director of the climate and energy program for the Ann Arbor, Michigan-based Ecology Center, said the Volkswagen letter was one of the first actions taken up by Charge Up Midwest.

“We wanted to make sure the region didn’t get left behind, and we want to make our case about that,” Griffith said.

Also as part of the Volkswagen settlement, the Ecology Center has also been working with the state of Michigan over how to potentially spend money in the state’s environmental mitigation fund from the settlement. The goal of those dollars is to reduce emissions from the transportation sector. Michigan was allotted more than $60 million under the settlement. Other Midwest states range from $97.7 million for Illinois to $14.7 million for Kansas.

“Since each state will have its own process to qualify for the funds that have been pre-allocated by a formula for each of the states, members of our Midwest campaign each are trying to influence the processes within their respective states,” Griffith said.

The Michigan Agency for Energy also submitted a zero-emissions vehicle investment proposal to Electrify America for the state. The seven-point plan includes a focus on electric autonomous vehicles, a “high speed, cross-Michigan” network of charging stations, and clean transportation initiatives in the Detroit area.

Griffith said Charge Up Midwest was not formed as a result of the Volkswagen settlement, but that there is a need for a coordinated approach in the region to EV infrastructure development, particularly as a growing number of utilities pitch plans for their service areas.

“Our focus is on getting the charging infrastructure right in terms of where the stations go and how they’re funded,” said Robert Kelter, a senior attorney with the Environmental Law and Policy Center in Chicago. “Once we get to the stations themselves, there remains a question about whether there should be a competitive market for charging or if it should be utility-owned and operated stations. I think that issue has not yet been determined.”

In Michigan, for example, Consumers Energy recently withdrew plans for a statewide charging station network after criticism that the utility could pay for the capital costs through its entire rate base. Critics of the plan, including staffers with the Michigan Public Service Commission, suggested that Consumers’ funding structure would have actually stifled EV growth in the state by discouraging private competition.

Kelter said his group has raised concerns about a similar plan by AEP in Ohio that’s part of an ongoing rate case there.

“Are (the programs) really designed to address concerns of people who are potential electric vehicle purchasers in terms of range anxiety and are they going to be placed in a way that optimizes a network of charging stations?” Kelter asked. “So far, the two proposals we’ve looked at closely by Consumers and AEP don’t really reflect that kind of planning and thought that needs to go into this.”

The funding and station-placement strategy will be the challenges going forward for the Midwest as a region, Kelter said, which lacks a sort of comprehensive master plan for EV development.

“As much as I think that it’s important for utilities to start proposing these plans, it’s important that we analyze them to make sure they’re really designed to promote electric vehicle ownership and not just provide a boost to utilities financially,” he said. “Fundamentally you still need to address customers’ concerns that there will be enough charging stations out there so that they’re comfortable buying an electric vehicle. The focus is on getting this right.”