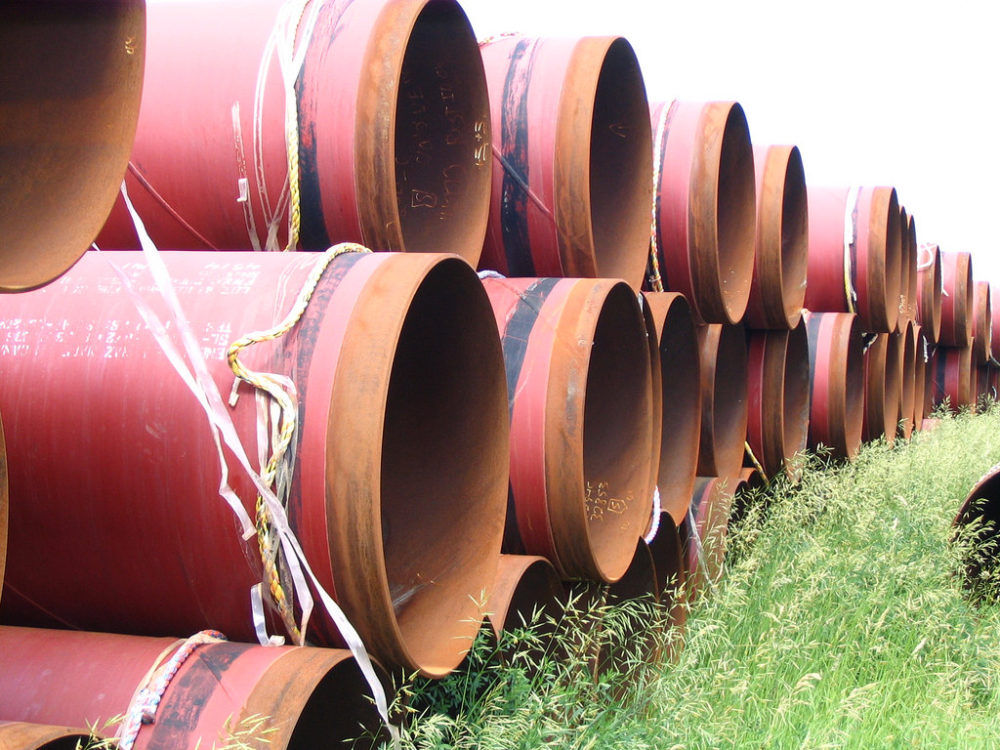 Oil pipelines near a project in Manitoba, Canada.

After setting temporary moratoriums on new oil pipelines in 2016, both Georgia and South Carolina are moving forward with hearings and bills to tighten regulations.

The ultimate result, says Sen. Tom Young, a Republican from Aiken County, South Carolina, is likely to be “regulations that allow pipelines under a very limited set of circumstances with high regulatory hurdles.”

On March 3 the Georgia Senate passed a new law with far tighter regulations on the use of eminent domain by private pipeline companies. The bill, SB191, sponsored by Republican Sen. Rick Jeffares, updates the 1995 Pipeline Act and has strong bipartisan support. It now heads for the house, to be voted on before a moratorium on pipelines expires on June 30 of this year.

In tandem, South Carolina held a meeting March 9 on the issue, and is reviewing the Georgia legislation as it contemplates drafting its own tighter regulations before its 3-year moratorium expires in June of 2019.

In 2016, Kinder Morgan suspended its plans for the $1 billion Palmetto pipeline, meant to carry gasoline from Belton, South Carolina through Georgia to Jacksonville, Florida. The Georgia Department of Transportation denied the pipeline the authority to condemn private property along the route, and when Kinder Morgan appealed, Georgia’s Superior Court of Fulton County upheld the decision.

Both Georgia and South Carolina imposed temporary moratoriums on new pipelines, and in Georgia, a 13-member state commission formed to study the issue and pass tighter regulations.

“The new bill fixes a huge loophole,” says Savannah Riverkeeper Tonya Bonitatibus. “Previously, the state only had jurisdiction over a piece of property where a pipeline could use eminent domain. Now a company has to get permits for the entire length of the pipeline, which strengthens the legislation significantly.”

There are also new regulatory hurdles, such as expanded requirements for obtaining a permit from the Environmental Protection Division, including a 2-step procedure; and a requirement for proof of public need. However, the bill still does not require a period for public comment, and only covers pipelines that carry petroleum, whereas natural gas pipelines are regulated by the federal government.

“We’re going to take a hard look at what Georgia does,” says Sen. Young. “We are also going to look at the siting laws in 14 other states. Last week we had our third hearing on this issue, the first since November 30 of 2016. We asked our staff for a legislative summary of the Georgia bill to disseminate to members of our committee.”

They were also given an update on the ongoing cleanup effort for the notorious Kinder Morgan Plantation Pipeline spill in Belton, South Carolina, where 370,000 gallons of gasoline and diesel leaked in 2014.

According to Young, a 19-page opinion by the Attorney General suggested that current state law on eminent domain is in a grey area, since several private companies do have the ability to exercise eminent domain in providing water, sewer, telephone and natural gas services.

In South Carolina, new regulations will likely include public necessity, bonding requirements, and restrictions that forbid pipelines to traverse environmentally sensitive areas. Young says the legislature will hold another hearing in a few months, and likely will prepare a report with recommendations as well as a model bill for the general assembly to consider.

“The game has changed in favor of the landowner, but new laws will not prevent pipelines in either one of these states, Bonitatibus said. “Instead, it will make these pipeline companies responsible to our citizens and place restrictions on the way they act.”