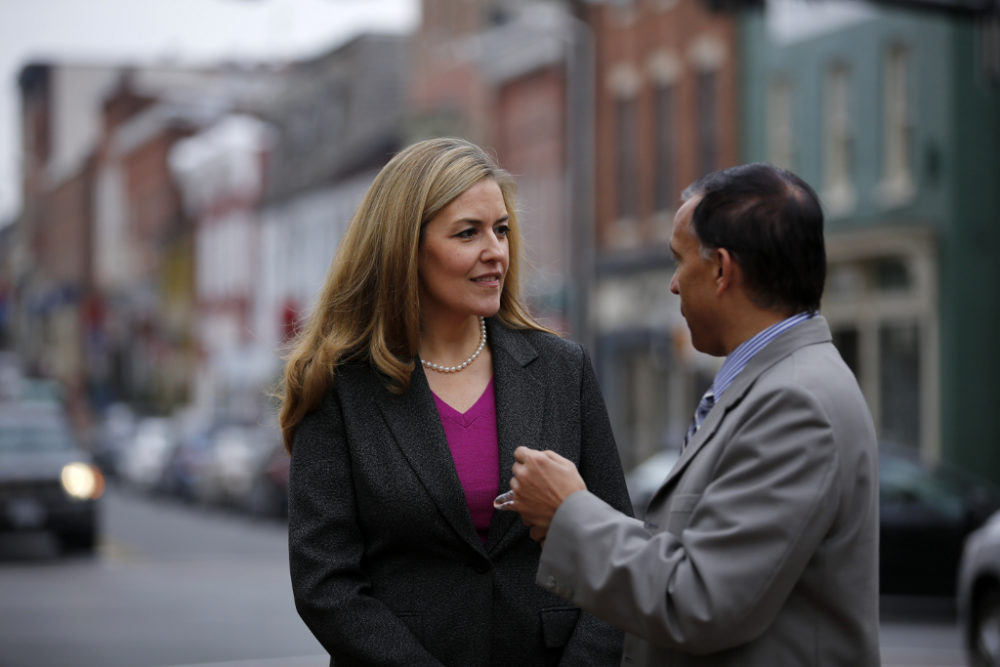 A recently passed “community solar” bill in Virginia should not be confused with programs in states like Colorado and Minnesota, advocates say.

The bill, SB 1393, requires pilot programs to be administered by the state’s two investor-owned utilities, Dominion Virginia Power and Appalachian Power. The utilities are to contract for the output from solar installers and then sell the power to ratepayers interested in participating. The price for that power and other details are to be approved by the state Corporation Commission.

An earlier bill seeking what advocates describe as a true community solar system — SB 1208 Electric utilities; community renewable projects — was introduced by Sen. Jennifer Wexton, D-Leesburg. Her proposal allowed “for a for-profit, or nonprofit, entity which may be an entity entirely owned by or consisting of subscribers, that contracts to sell the electricity generated by the facility to the retail utility.” The utility would purchase the electricity and transfer a credit to participating ratepayer commensurate with the amount purchased.

SB 1208 went so far as “to formulate and implement policies that simultaneously encourage the ownership by customers” of community solar “and of other forms of distributed generation to the extent the Commission finds there to be demand for such ownership.”

Clean energy advocates who tracked the evolution of SB 1208 and its companion HB 2112 in the House of Delegates said their defeats were the result of lobbying by Dominion Virginia Power to block authentic community solar farms.

Dominion is “starting to come around as long as they can be in control (and) they are the ones owning the facility and generating the electricity,” said Sen. Wexton.

Although Wexton’s SB 1208 was, in her words, “rolled into” another bill — SB 1393 — she urged stakeholders not to confuse the two. “They are not similar in any way.” She said elements of her bill were modeled after Colorado’s community solar program.

“Real community solar is when the community, not a monopoly utility, owns and develops a shared solar project,” Sutch wrote in this month’s chapter newsletter. “Real community solar enables utility customers to own or lease a share of a solar project and see a positive financial return. Instead, the bill passed by the General Assembly does not allow direct community ownership or administration of the project.”

Added Sutch: “Under SB 1393, the utility decides where the project will be built and acts as a middleman buying the power from the solar array owner and then selling it to the consumer. SB 1393 also lets the utility buy the solar array project itself, which makes such projects just another form of utility-provided energy.”

There were hopes among most — but not all — solar stakeholders that something close to SB 1208 might garner enough support from the powerful chairman of the Senate Commerce and Labor Committee, Frank Wagner, R-Virginia Beach. Wagner participated in a solar forum in Leesburg Dec. 13 at the home of Karen Schaufeld, a wealthy farmer and rancher with a 466 kilowatt solar farm.

Wagner — who receives campaign contributions from, and supports many priorities of, Dominion Virginia Power — went out of his way to assert his support for cleaner energy as part of an all-of-the-above energy future for Virginia led by nuclear and natural gas. But if advocates thought that such a position and Wagner’s just-announced candidacy for governor in November’s election would translate into support SB 1208, they were disappointed.

“This is still a work in progress,” Wagner said, adding that he wants more stakeholder input before enabling community-owned solar in Virginia.

What helped drive solar advocates to push for true community solar was a program Dominion Virginia Power received Commission approval for in 2015 that many advocates since have described as deceptive.

Ivy Main, a frequent critic of Dominion, has undressed the language describing the “Dominion Community Solar” program. She focused on the how the utility wanted to charge an extra 4 cents per kilowatt hour on top of its regular retail rate of about 11 cents.

“It seems to be an article of faith among utility executives that peoples’ intelligence is inversely related to their desire to do good in the world,” Main said. “If we’re dumb enough to pay extra for solar electricity, they figure, maybe we’re dumb enough to pay extra for what we’re persuaded to think is solar electricity, even if the premium really buys us nothing at all.”

Turns out Dominion was not going to sell solar energy to participants. Instead, Dominion would have used their “contributions” to “offset” the cost of its own Solar Partnership Program which has nothing to do with community solar.

Dominion’s solar program was designed to build an extra 2 megawatts of solar capacity and put that electricity onto the PJM wholesale power grid. Here’s the part, according to Main, that seemed to upset solar advocates the most: “Dominion would sell the Renewable Energy Certificates (RECs) associated with that electricity to someone else — not the people … funding the facility.”

Main reflected last summer, “one can only conclude it would attract customers only to the extent they were deceived about it. Perhaps someone within Dominion pointed out to the brass how close this looks to consumer fraud; at any rate, a year has passed and the company still hasn’t launched it.”