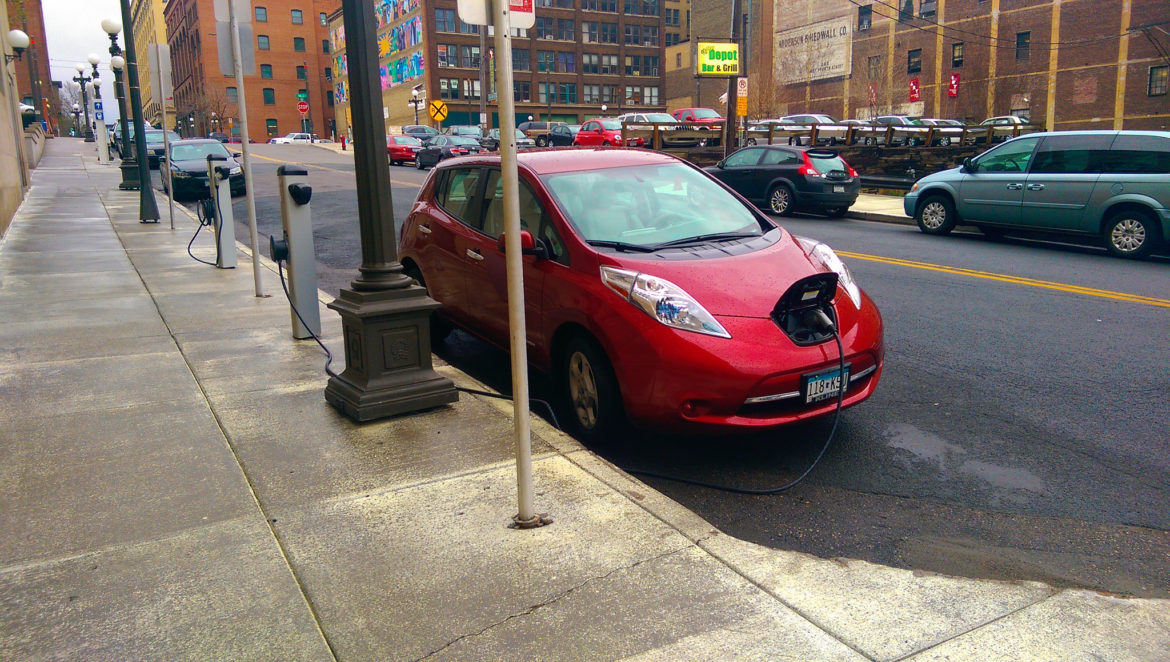 The Minnesota Legislature is considering two bills that could add an $85 to $125 annual fee for electric vehicle drivers.

The legislation stems from concern over the loss of tax revenue from gas receipts, even though Minnesota has fewer than 4,000 electric vehicles on the road. State Rep. Pat Garofalo, a Tesla owner and EV supporter, authored HF 1133, which would assess an $85 annual fee.

The fee would only be paid by vehicles powered by electric motors and give those drivers the right to use MnPASS express lanes free of charge. A companion bill is in the Senate.

Garofalo told a publication that covers the Legislature that the bill is “necessary because of a problem… . But it’s a problem I’m glad to see happen.”

Asking EV owners to pay a special assessment has been an ongoing issue in the U.S. in recent years. In 2015 Car and Driver reported 10 states had EV fees, including Michigan and Missouri. Those fees ranged from $50 to $200 on top of registration fees or as a separate charge. Oklahoma’s Legislature is also considering a measure to charge $100 extra for EV license renewals.

Advocates are concerned about what they see as state-by-state attacks on EV drivers and the impacts it may have on growing the sector in the U.S., the New York Times reported this month.

The Minnesota bills are being discussed in committee and have not reached the floor of either chamber for a vote.

The Great Plains Institute argued in committee that a fairer annual fee would be in the $24 to $30 range, an idea that came in part from an analysis it did for Drive Electric Minnesota.

The study shows that electric vehicle owners pay more in state taxes than conventional gasoline vehicles over the typical lifespan of a vehicle.

The Institute’s Dane McFarlane, who authored the study, pointed out that because electric cars are highly priced, the state receives more in taxes from their drivers than gasoline-vehicle owners, a difference large enough that it takes years to make up.

Minnesota charges a 6.5 percent tax on the sales price of a motor vehicle, along with an additional 1.25 percent registration fee, he said.

The registration fee is charged annually but applies a 10 percent discount for the vehicle’s first 10 years in use. (In the 11th year it reverts to an annual $35 flat tax.)

The third tax is the motor fuel excise tax, which is 28.5 cents per gallon, which is not applicable to EV owners. McFarlane pointed out that a typical driver getting 30 miles to a gallon and traveling 10,000 miles annually would pay $95 in gas taxes.

Also, Minnesota charges its motor vehicle sales tax on the value of the car before, not after, the $7,500 federal tax credit available to drivers.

Over 10 years the Bolt and two other EVs McFarlane studied paid more in taxes than comparable gas-powered vehicles. Only in the 11th year did gasoline-vehicle owners pay more than EV owners in taxes, ranging from $48 to $82 annually, he said.

Even that differential does not hugely impact EV owners, as they still generally pay more in taxes over the life of a comparable gas-powered vehicle, McFarlane said. Legislators also pointed out in committee that bigger cars also pay more in taxes.

“It comes down to vehicles paying a gas tax proportional to its fuel economy,” McFarlane said. “You’re paying based on how much fuel you’re consuming.”

If more EVs replace gas vehicles, the state might lose on tax revenues from gas, but it would gain money from the higher fees EVs pay in motor vehicle sales taxes and registration tax revenues, McFarlane said.

Should EVs be were required to pay based on fuel economy, the government would not be collecting much cash, as the U.S. Environmental Protection Agency rates EVs at an equivalent of more than 100 miles per gallon, McFarlane said.

“If you want to go down the route of saying EVs should pay consistently with what other vehicles pay, then you need to look at fuel economy, and if that’s the case then let’s use federally reported data for these vehicles,” he says.

EV owners still pay taxes, McFarlane notes, but they show up on utility bills and the money is not “constituently mandated” to pay for highways, bridges and road projects.

McFarlane’s own Xcel Energy bill contains a roughly 12 percent tax from the county, city and a transit improvement tax. He sees that as an investment in transportation by reducing traffic and taking cars off the road, he says.

“There’s no current system to account for greenhouse gases, but scientists and economists have put a price on a ton of carbon from $30 to $100 to $200 a ton for carbon,” he says. “There’s a definite benefit to society and to the economy, (from) EVs.”

EVs emitted substantially less greenhouse gases in Minnesota compared to cars, even if part of their energy came from a more coal-based power mix, he found.