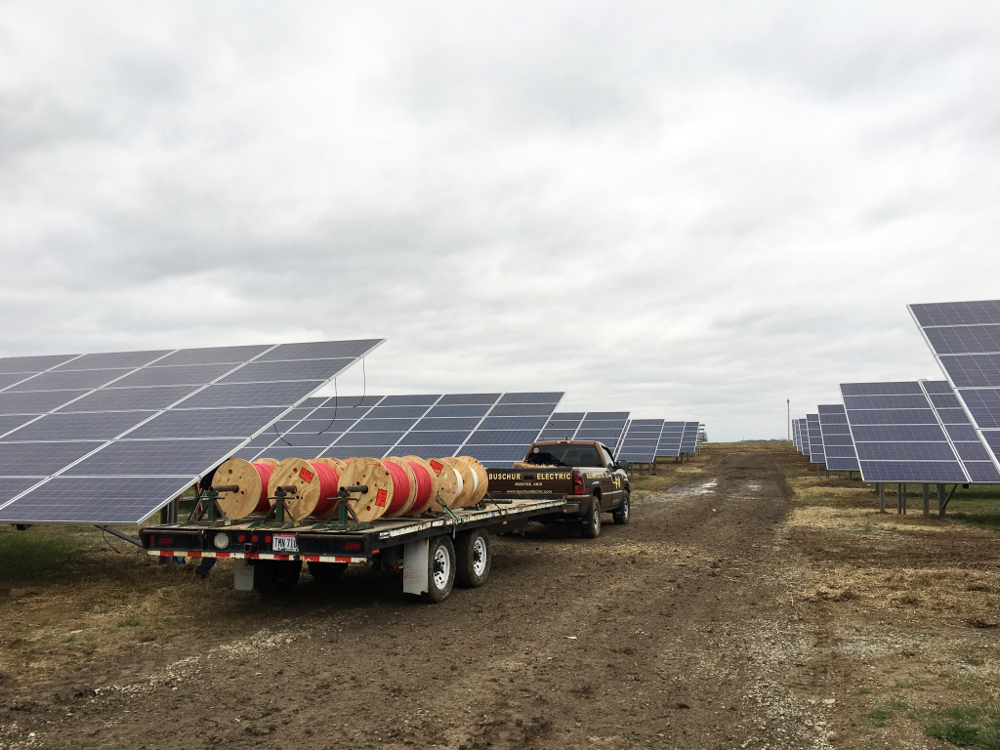 Solar industry jobs doubled in the Cleveland, Ohio area last year, driving about half of the state’s total job growth in the sector, according to new data released today by The Solar Foundation.

However, the industry’s future growth in Cuyahoga County and elsewhere in the state could be jeopardized by ongoing uncertainty over Ohio’s renewable portfolio standards, said Andrea Luecke, president and executive director of the organization, based in Washington, D.C.

The detailed data are a follow-up to a nationwide report released by the group last month. In addition to each state’s solar job totals, data posted by the organization at SolarStates.org include information about minority participation, breakdown of jobs within the industry, patents, per capita ranking and more.

“Definitely Ohio is the heavyweight among its neighboring states,” Luecke said.

Solar job numbers for Cuyahoga County climbed to 1,043 last year, compared to 516 the year before.

Cuyahoga County’s leadership role in adding solar industry jobs is “excellent news,” said Mike Foley, who heads the county’s Department of Sustainability. “I would like to see that tripled and quadrupled and whatever comes after quadrupled, as soon as possible.”

Within the county, plans are moving ahead for a 15,000-panel solar farm proposed for the site of a former landfill in Brooklyn, Ohio. And about 60 households will be installing rooftop solar panels as part of a solar co-op for the county, Foley noted.

“In 10 years a rooftop that doesn’t have solar will look funny and will look out of place,” Foley predicted. “It makes sense that there are more jobs in the solar industry and in the clean energy industry, and I’m happy about that.”

Growth in Ohio’s solar industry also has a multiplier effect, The Solar Foundation reported.  In other words, wages earned by its workers spur growth in other sectors of the economy.

“One solar-related job supports 1.31 jobs elsewhere in the Ohio economy, while every $1 spent on solar generates an additional $0.87 in spending throughout the state,” Luecke noted. The figures come from an analysis by George Mason University in Fairfax, Va., using an economic model known as IMPLAN.

Ohio’s solar industry employment is also relatively diverse, the data show. Women hold almost 43 percent of the state’s solar jobs, which places Ohio fourth behind Vermont, Tennessee and New Mexico in that category. “Ethnic minorities make up 19 percent, which is above the national average as well,” Luecke observed.

“Solar jobs pay well,” Luecke added. “They pay better than the national average.” Moreover, many jobs don’t require a bachelor’s degree or even an associate’s degree, she said. “Most of the companies are providing on-the-job training anyway.”

The national average wage of $26 per hour is comparable to that for coal mining in 2015. Yet even before the jump in jobs last year, Ohio’s solar industry provided more than twice as many jobs in the state as coal mining did. Data from the Energy Information Administration show that the state employed 2,309 people in surface and subsurface coal mining in 2015.

And in contrast to Ohio’s 21-percent jump in solar jobs last year, the 2015 jobs number for coal mining was a 21-percent drop from the state’s 2014 employment in that sector, the EIA data show. Overall, the nation lost 12 percent of its coal mining jobs from 2014 to 2015.

All may not be as rosy for the state’s solar industry in the future, however.

Last fall First Solar announced plans to lay off 450 workers at its Perrysburg township plant. A large part of that facility will be retooled, and hopes are that it will open again in 2018.

Additionally the Hamilton County area around Cincinnati had 540 jobs last year, down from 757 in 2015.

On a national level, the White House held a background briefing last night on President Donald Trump’s executive order to roll back the Clean Power Plan and other environmental protections. That could dampen overall growth for the solar industry nationwide.

And Ohio could grow even less than other states due to continuing uncertainty over the state’s renewable portfolio standards, Luecke said.

Ohio’s renewable energy standards resumed this year after Gov. John Kasich vetoed a bill that would have basically extended a two-year freeze for at least two more years. Now House Bill 114 proposes to make the renewable standards into voluntary goals, with provisions that could weaken the state’s solar industry.

“The standards obviously do matter, because states that have high standards are crushing it in terms of solar jobs,” Luecke said.

Large companies are less likely to stay or locate if an atmosphere of uncertainty continues, especially when other states offer more promising markets, she added. “Solar companies are very dynamic, and they go where the market leads them,” Luecke said.

The debate over Ohio’s renewable portfolio standards isn’t just about jobs, Foley stressed. Greenhouse gas emissions from fossil fuels contribute to climate change. In turn, climate change raises the risks for extreme weather events and is projected to have severe impacts on the  economy, the environment, national security and human health.

“Climate change is a huge issue, and it’s an existential problem that we have to deal with,” Foley said. “Government needs to incentivize clean energy production as fast and furious as possible, because we can’t continue to burn fossil fuels to create electricity any more.”

“We’ve got to change the dynamics of how electricity is generated,” Foley said.