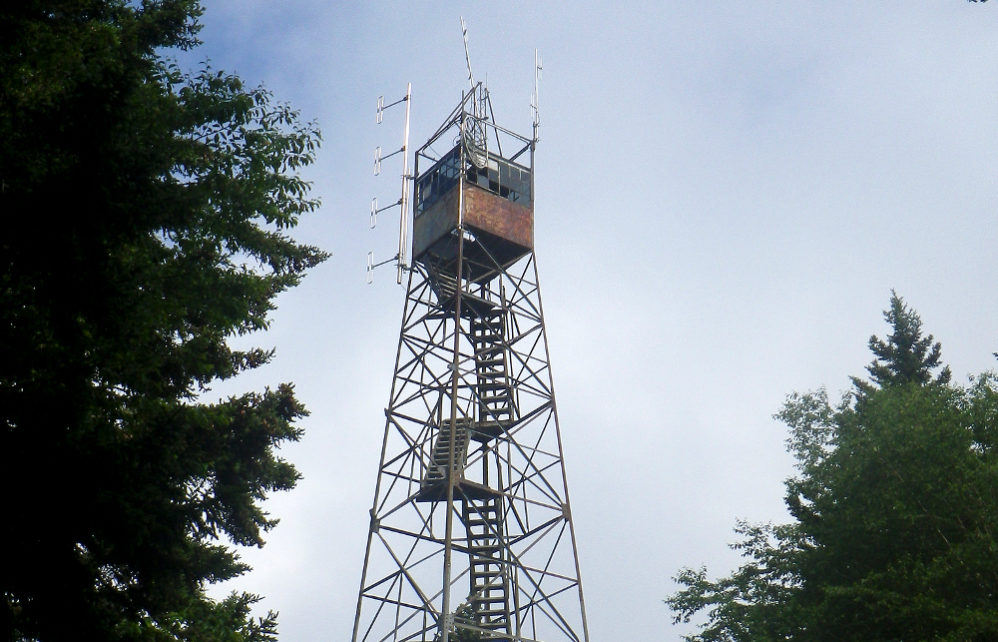 A solar/battery microgrid will eliminate the need for a power line to this remote tower in the Great Smoky Mountains.

Duke Energy got the official go-ahead Thursday for a renewable energy project that’s drawing praise from some of its most frequent critics.

The “microgrid” system, atop Mount Sterling in the Great Smoky Mountains National Park, represents Duke’s latest, small foray into linking solar energy to battery storage – a combination that experts say is key for the expansion of renewable energy.

“I think this project is evidence that storage is not only a solution to the energy challenges of the future, but it can be used to help deliver more clean energy to North Carolinians today,” said Dave Rogers of Sierra Club’s Beyond Coal campaign. “We’re excited about it.”

At Mount Sterling, about 40 solar panels could generate up to 10 kilowatts of power, twice what a typical home would need. Energy produced during the day will be enough to power the park’s emergency radio tower.

Excess electricity will be stored in a 95-kilowatt-hour, non-toxic zinc-air battery – the same technology often used in hearing aids and heart-monitoring devices. When it’s too dark or cloudy for solar panels to work, the battery will supply the tower.

The “microgrid” system is entirely self-sufficient, allowing the removal of power lines that currently connect the radio tower to Duke’s electric grid.

“They did the numbers and found it was less costly to build, versus replacing four miles of transmission line up a rugged terrain,” said Jack Floyd, an engineer with the North Carolina Public Staff, the state-sanctioned ratepayer advocate.

Removing the transmission lines also restores 13 acres of parkland on Mount Sterling, named when early settlers mistook lead for silver in the nearby Pigeon River. It’s considered one of the Smokies’ most historic spots.

“Mount Sterling is a very popular place to go,” said Julie Mayfield, co-director of Asheville-based Mountain True, which advocates on a range of environmental issues in the region. “When you’re deep in the Smokies and you’re hiking, not having transmission lines is going to be a real benefit.”

Though Mount Sterling is Duke’s first practical application of microgrid technology, the company has been testing the concept for two years. Its first experiment is in south Charlotte’s McAlpine neighborhood, where a solar-battery project five times larger than the one in Mount Sterling provides backup power to a fire station.

“They had a few examples last summer where the power did go out in that neighborhood, and the microgrid worked like a charm. It automatically kicked in and served the fire station,” Duke spokesman Randy Wheeless said. “They never saw any interruption.”

All three of the microgrid undertakings help illustrate what energy wonks call the “stacked benefits” of storage.

An emergency radio tower or fire station can operate even if storms down power lines, providing reliability and security. Expensive, hard-to-maintain transmission lines, as along the steep slopes of the Smokies, can be avoided altogether. Dishwashers and other appliances running only when electricity use is lower help reduces spikes in demand. The power supplied by solar energy can be evened out and integrated easily into the grid.

More battery storage in the future?

Duke is currently committed to develop five megawatts of battery storage in the Asheville area in the coming years – a requirement regulators ordered last year while rejecting one of three gas-fired units for the city proposed by the utility.

Though that figure is reflected in the utility’s 15-year generation forecast, advocates say the benefits of battery storage justify more emphasis on it.

Some experts say the problem is inherent in the 15-year planning process itself, which doesn’t account for all of storage’s benefits.

“Traditonal [plans] don’t value storage since they are based on overall generation demand and supply,” said Diane Cherry, also with the North Carolina Sustainable Energy Association, at a recent conference in Chapel Hill. “This is where we’re stuck in North Carolina.”

Cherry and Brookshire’s association has convened a working group of representatives from Public Staff, Duke, Concord-based battery producer Alevo, and a range of others to try to get unstuck.

But before offering any concrete recommendations, the working group is awaiting early results of Duke’s microgrid projects, as well as one on Ocracoke Island run by the electric co-ops.

“We’re pushing them to really study and put numbers on all those other values that storage provides,” said Brookshire. “We hope that they start to put dollar signs [on storage], and incorporate those into their future plans.”