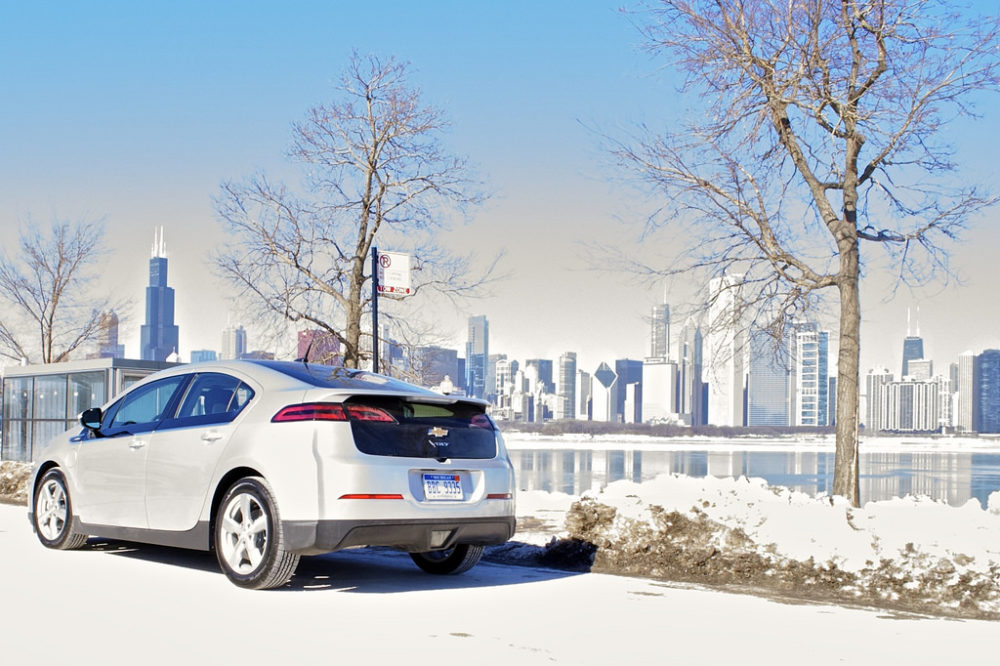 Advocates pushing to expand electric vehicle adoption across the Midwest are “a little disappointed” in the selection of U.S. cities to receive funding for EV infrastructure under last year’s Volkswagen settlement.

Chicago was among 11 major U.S. metropolitan areas — and the only one in the Midwest — selected to receive money under a federal consent decree as a result of Volkswagen’s cheating on emissions tests and deceiving consumers about its diesel engines. The plan will be overseen by Electrify America, a Volkswagen subsidiary established to oversee the $1.2 billion that will be spent over the next 10 years on zero-emission vehicle infrastructure and education.

While they applauded Chicago’s selection, clean energy groups are underscoring the importance of the Midwest in a national transition to electric vehicles, and the importance of collaboration between utilities and other investors in this transition.

The $1.2 billion will be spent in $300 million increments over four 30-month cycles, and it’s possible more Midwest cities will receive attention in the coming years.

Major highway corridors in the region — including interstates 80, 75, 94 and 90 — were also selected to receive EV charging stations under the first funding cycle, though details about where those will be located are not yet available.

“We made the case that a number of cities in the Midwest — the Detroit area, Columbus (Ohio), Minneapolis/St. Paul and arguably some others — have been doing significant work around promoting electric vehicles and would have been other good places for Volkswagen to invest,” said Charles Griffith of the Ann Arbor, Michigan-based Ecology Center.

The Ecology Center and other nonprofits recently formed Charge Up Midwest to promote and seek funding for EV adoption in the region. One of Charge Up Midwest’s first projects was obtaining funding from the Volkswagen settlement.

“We would have liked to see more than just Chicago selected as one of the communities,” Griffith said.

Other critics have said the settlement agreement gives Volkswagen a leg-up in the electric vehicle market and that the company will be able to control where infrastructure is located to improve its bottom line.

Michigan and the Detroit region in particular seemed like a good candidate based on the number of EV registrations there and of major U.S. automakers’ interest in breaking into the sector, Griffith said. The state of Michigan also made a separate pitch to Volkswagen for EV funding.

Also, Columbus — which was selected last year for a $50 million Smart City grant from the U.S. Department of Transportation — has been making strides in the clean transportation sector, he said.

“There’s no explanation (in the announcement) about why that wasn’t convincing enough,” Griffith said of the two cities.

According to the plan, Chicago was chosen because of its existing leadership on EVs, including a $14 million city EV program and the electrification of city buses, and because of its relatively dense population, commuting patterns and consumer interest in EVs. The city was chosen despite past troubles with its EV program, including the indictment for fraud of the owners of the provider the city hired, 350green.

“Electrify America notes that it was not able to select every metropolitan area that submitted a strong proposal, but it intends to expand its Community Charging investments into metro areas with supportive government policies and strong utility integration in future investment cycles,” the announcement says.

Howard Learner, executive director of the Environmental Law & Policy Center in Chicago, described electric vehicles and transportation more generally as the most important new front in the battle against climate change, since so many coal plants including two in Chicago have shut down in recent years.

“Because of the transition of the electricity sector with coal plants shutting down and more wind power, solar power and energy efficiency coming into the market as well as lower-priced natural gas, transportation is now the largest sector in terms of carbon pollution in the U.S.,” Learner said.

“It’s time for those of us who are interested in accelerating carbon pollution reduction to focus more attention and get more serious about the opportunities for progress in the transportation sector,” he added. “The advent of hybrid vehicles and electric cars is potentially as transformative to the transportation sector as wireless technologies have been to telecommunications and as solar and wind plus storage have been to the electricity sector.”

The Midwest’s central location is crucial for the success of a national DC fast-charging network, as mandated by Congress in the 2015 FAST Act. And Midwestern cities tend to be farther apart than Eastern cities, making the network even more important for Midwestern regional drivers, Charge Up Midwest noted.

Columbus plans to purchase 200 EVs for city business and install 1,600 Level 1 and 300 Level 2 charging stations. In the Twin Cities, utilities and electric cooperatives including Xcel have been working with business leaders and non-profit groups (including Fresh Energy, which publishes Midwest Energy News) to promote electric vehicles.

The first $300 million cycle of funding was made public on April 9. Additional funding cycles will be made every two-and-a-half years until 2026.

A bulk of the spending —  about $250 million — will be for installing charging infrastructure. Another $25 million will be spent on “public education initiatives,” and the remaining $25 million will go toward operational costs for Electrify America.

The infrastructure comprised of more than 2,500 chargers at 450 individual stations will focus on “community charging” areas and highway corridors. Electrify America says it received about 50 proposals from cities “and many additional recommendations” from states, local governments and other stakeholders.

“Charging stations will be located first in the areas with the highest anticipated ZEV (zero-emission vehicle) demand; this is based on the forecast penetration rates of ZEVs in each region and the estimated gap between the supply and demand of charging infrastructure in those regions,” the plan says.

Additionally, the community-based stations will be located across five “major use cases” — multi-family homes, workplaces, commercial/retail, community areas and municipal lots or garages.

Roughly $190 million will be directed toward a “high-speed highway network” that will span 39 states and be on average 66 miles apart. These DC 320 kW stations will provide about 19 miles of range for every minute of charging.

Without knowing yet where these will be located, Griffith said installing fast-charging stations along major highways could be “potentially significant.” For example, I-94 will get two to four stations and I-80 will get at least 10, according to the plan.

“It doesn’t sound like a lot but if you space these stations out … then they add up,” Griffith said. “I’m hopeful it will cover our region fairly well.”

Griffith said Charge Up Midwest will continue pushing utilities and Volkswagen for more attention — and funding — to the region.

A widespread national transition to electric vehicles depends on both the availability of charging stations and improved technology that gives electric vehicles greater range and affordability. Advocates note that the market has made great strides recently, including with the offering of the relatively affordable Tesla Model 3 and the Chevy Bolt, each with a battery range exceeding 200 miles.

But government support of electrification is still crucial to pushing the industry. Many are concerned about President Donald Trump’s talk of rolling back existing fuel efficiency standards. The CAFE Phase 2 standards passed during the Obama administration would mean manufacturers would likely achieve a 36 to 54 mile-per-gallon average for their fleet by 2025, depending on different calculations, compared to an average 25 mpg today.

Trump has also threatened to challenge California’s Clean Air Act waiver allowing it to impose stricter pollution controls on cars than the federal government does.

Learner said that if the Trump administration does not seize “that path of targeted policies driving technological innovation for vehicles in the car and truck industry, that’s a missing opportunity. The Trump administration’s review and potential rollback of the Phase 2 clean car standards would undermine further technological innovation in the auto manufacturing industry.”

Meanwhile Trump has promised extensive investments in the nation’s infrastructure, and some hope that will include electric vehicle charging stations and related construction.

“The federal role when it comes to our interstate highway systems was established under President Dwight Eisenhower,” said Learner. “The same way government makes land available for gasoline filling stations, it needs to make it easy for people driving along our highways with EVs to access fast chargers.”