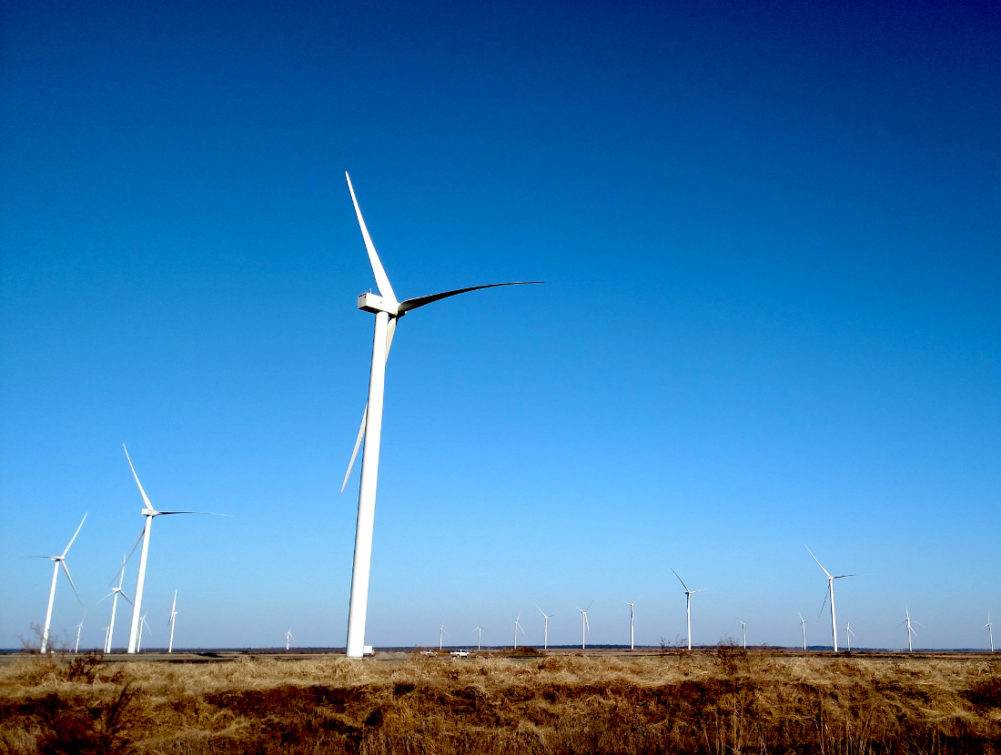 A small band of North Carolina GOP legislators has made its antipathy toward wind power clear in recent months – urging the Trump administration to shut down the state’s first major wind farm and introducing two different bills to severely restrict future projects.

But this week a set of state House Republicans will push legislation designed to help wind power rather than hurt it.

“The only thing my bill has in common with the other two, is that it does deal with wind energy,” said Rep. John Szoka (R-Cumberland), the lead sponsor of House Bill 574 along with Reps. Holly Grange (R-New Hanover) and Sam Watford (R-Davidson). “The similarities probably stop there.”

The legislation streamlines the state’s permitting process, but allows the Department of Military and Veterans Affairs to reject any new wind farm proposal – a response to concerns that wind turbines could threaten eastern North Carolina’s military bases.

“I’m not trying to put more restrictions on wind developers,” said Szoka, a retired U.S. Army officer whose Fayetteville district includes Fort Bragg. “I’m trying to put to rest some of the fears.”

Cosponsored by a bipartisan group of 18 representatives, the proposal will get a hearing Wednesday in the House energy committee, which Szoka chairs.

Backers of the bill are optimistic it will carry more support than the anti-wind proposals, which they say come from a small but vocal minority.

The zeal of some lawmakers to ban wind power has distracted from what many say are burdens of the state’s existing rules, enacted in 2013 after Republicans swept the governor’s office and the legislature.

No wind farm has been authorized yet under the standards, which were adopted after Amazon Wind Farm U.S. East, the 104-turbine project near Elizabeth City, had already won key approvals.

Critics say the permitting criteria are redundant, and vague enough to allow any wind project to be rejected or delayed by the state’s Department of Environmental Quality (DEQ).

The new law “had the effect of muddying the water for wind energy projects,” said Craig Poff of Avangrid Renewables, the Amazon wind farm’s developer, at a recent Chapel Hill conference. Though several wind power companies were eyeing the state prior to 2013, he said, “many of those big developers soon took their business elsewhere.”

House Bill 574 is an attempt to woo that business back. It strikes several conditions already covered in typical county ordinances, including requirements about noise, light, and the notification of project neighbors.

The legislation removes seemingly subjective criteria, such as wind farms not creating a “significant adverse impact” on views from public and some private lands, while retaining standards for the protection of ecologically sensitive areas and wildlife.

Though DEQ Secretary Michael Regan under Gov. Roy Cooper is more sympathetic to wind power than his predecessor, advocates remain concerned about a provision of the law that could allow regulators to stall a permit application indefinitely. House Bill 574 removes that loophole.

“It’s less risky than what we have now,” Katharine Kollins, president of the Southeastern Wind Coalition, said of the proposal. “Right now, it’s all in the hands of DEQ under very uncertain criteria. This firms up the criteria.”

“It keeps a lot of the same protections for natural resources and wildlife,” said Audubon’s Andeck, “and at the same time, provides [wind developers] with even greater clarity on the steps and the timetable they have to follow if they want to secure project approval.”

The ‘right way’ to transition to clean energy

Audubon’s support for the bill is not insignificant. While numerous studies show that buildings and house cats cause more bird deaths than wind power, “bird blenders” remains a common insult for wind turbines among skeptics in the legislature.

But Audubon, which opened a North Carolina office in 1902, views advancing renewable energy to slow climate change as essential to its mission. Decades worth of data collected by his organization, Andeck says, shows North Carolina birds such as the brown pelican, wild turkey, and osprey already being impacted by a warming planet.

“A transition to clean energy is really critical to protect birds from the worst effects of climate pollution,” said Andeck. “That transition can be done in a right way.”

For Audubon, that means situating wind farms to avoid migratory pathways and other important bird areas rather than banning them altogether.

“Audubon has and will continue to oppose wind projects that we believe are poorly planned or sited in the state,” said Andeck. “It’s far more appropriate to look at projects on a case by case basis, rather than make broad claims about the impacts of a technology on wildlife.”

‘Trying to find a happy medium’

Much louder than their complaints about wildlife, however, are protests from some lawmakers about wind power’s impact on the military – a $66 billion economic engine concentrated in eastern North Carolina.

Critics claim the Amazon wind farm will interfere with a Navy radar in Virginia. They say base commanders and others have been bullied into agreeing to nearby wind farms. And they argue the U.S. Department of Defense could easily choose to relocate military bases to other states if wind farms became an imposition.

“If you want to decimate a state, you pull out the military,” said Rep. John Bell (R-Wayne), the House majority leader and cosponsor of a bill to place a moratorium on new wind farms through 2020.

Szoka doesn’t see wind farms and military as incompatible. He visited the Navy radar site said to be threatened by the Amazon wind farm. “I’m thoroughly convinced that it’s just fine,” he said.

But his bill tries to address his colleagues’ concerns by involving the state’s Department of Military and Veterans Affairs from the beginning, and requiring any new wind farm to receive a letter of approval from the department’s secretary.

That additional power is no small concession for wind power developers, who have long maintained that the current system for military approval works well, and involves local base commanders up front.

“There have been precisely zero projects that were built over the objection of military personnel,” said Dave Belote, a former military official who now consults with wind developer Apex Energy.

Belote created the federal process by which the military approves wind power projects. “As a former base commander, I ensured that the base commander has the ultimate say,” he said.

Charlottesville, Virginia-based Apex has approval from Chowan County for its 105-turbine Timbermill Wind project, and is appealing a denial from Perquimans County. It will apply for state approval once the county process runs its course.

The company, whose project would be just eight miles from the Amazon Wind farm and could become the state’s largest, has so far remained mum on House Bill 574.

But backers of the bill, which must clear a second committee and the full House by April 27 to meet a key legislative deadline, say it should satisfy concerns from both wind proponents and critics.

“Politics are the art of compromise. We were trying to find a happy medium here,” said Szoka. “My job isn’t to protect any particular industry, it’s to look out for the betterment of the state overall. I think that this bill does that.”