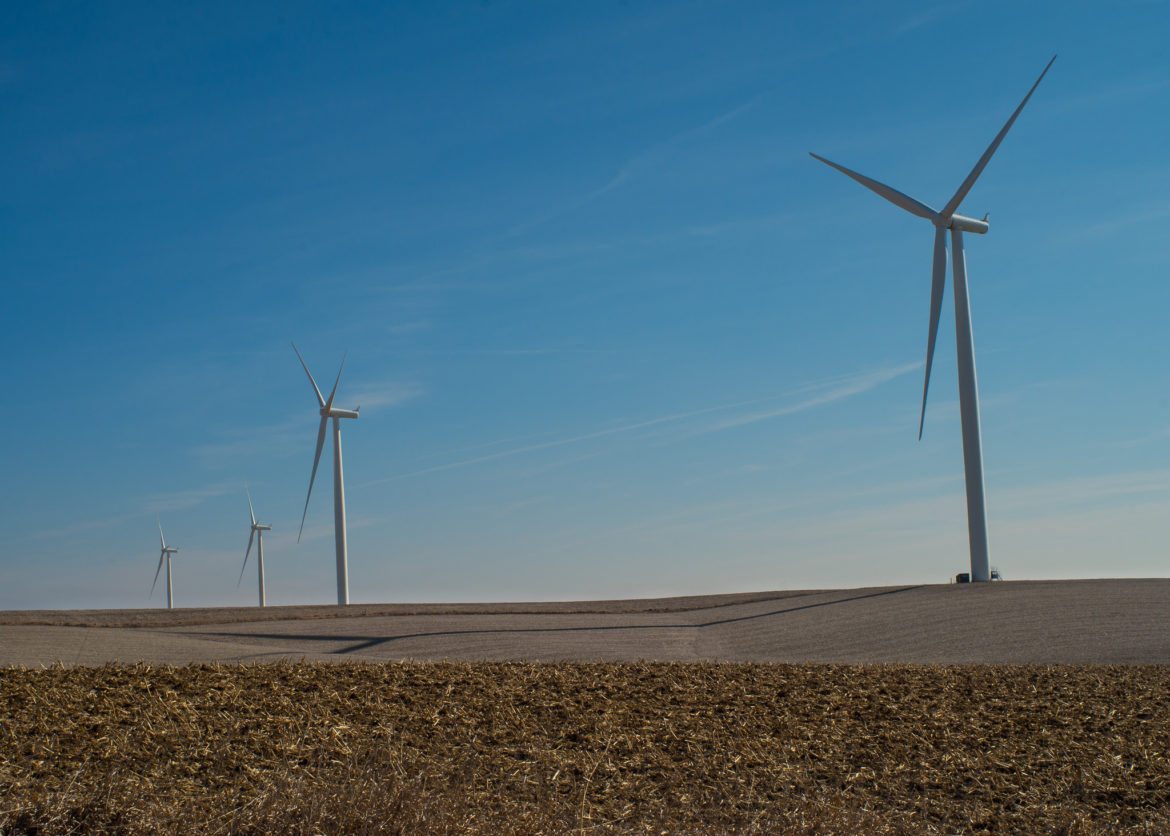 While the Trump administration retreats from climate and clean energy initiatives, a new report highlights states — including Iowa — that can provide a blueprint for moving forward.

The report, published today by the Union of Concerned Scientists, aims to rank states according to “momentum” on clean energy, according to lead author John Rogers. “Not just where we are now, but where we have come from recently and where (we’re) going. We wanted to capture that push to make clean energy a reality.”

Rogers said that under the Trump administration, “there’s a danger that people will focus too much on the negative, on things that aren’t moving. But there is so much good, like wind now powering 20 million homes. We had enough solar last year to power 2 million homes.”

Clean Energy Momentum: Ranking State Progress evaluates the performance of each state between 2011 and 2015 against 12 yardsticks. They include how much of a given state’s power comes from renewable sources and how quickly it’s been increasing in recent years, the reduction in pollution and the growth in clean-energy jobs and electric-vehicle sales. The study also took note of policies that are likely to lead to more clean energy.

Iowa’s good showing largely reflects its abundant – and growing – production of wind energy. About 36 percent of the state’s electricity now is produced with wind, and more than 2,000 additional megawatts are under development.

A related strong suit is its ability to provide renewable power to corporations that, increasingly, are seeking clean energy.

Iowa has attracted several new data centers because it could assure a plentiful supply of wind energy. The study’s authors rated Iowa first in the nation for the ease with which businesses can purchase renewable power from either utilities or third parties, the same conclusion was reached by a different report earlier this year.

Minnesota scored well due to a couple of factors. One is its closure of several inefficient coal plants, and its move towards more renewables. Currently, 21 percent of the state’s energy comes from renewables. Xcel Energy has committed to reaching 40 percent renewables by 2030 and to closing 1,400 megawatts of coal capacity in coming years.

The study’s authors also praised Minnesota’s carbon-reduction goal. It requires cutting carbon emissions before the year 2025 by 30 percent relative to a 2005 baseline, and by a total of 80 percent from the baseline by 2050.

Although other Midwestern states scored much lower overall, the study identified some bright spots. South Dakota topped the 50 states for the amount of renewable power used to generate electricity, much of that from dams on the Missouri River. It pointed out, however, that the vast majority of the wind energy generated in South Dakota goes to neighboring states, while the state largely relies on coal for its own power.

Kansas topped the other 49 states in terms of the increase in the amount of renewable capacity between 2011 and 2015. It tripled installed wind-energy capacity over that period from about 8 megawatts to about 25 megawatts.

Other signs of progress

Other Midwestern states that ranked lower overall have made substantial strides towards more clean energy, according to Rogers. He pointed out the recent passage in the Illinois legislature of the Future Energy Jobs Act, which promises to further reduce emissions and lead to a lot more solar power, according to the study.

“Those things are important,” Rogers said. “They show up in our metrics because we look at not just what a state has been doing, but what policies it has in place in clean energy to make sure there is continuing momentum.”

And although its overall ranking was only 27th, Rogers said that Michigan scored higher than any other Midwestern state in its adoption of electric vehicles.

In most of the Midwest, Rogers said, solar power has hardly moved beyond the starting gate. According to the report, installed solar amounts to about 70 MW in Illinois, 39 MW in Iowa and 31 MW in Michigan, for example. That stands in stark contrast to the thousands of megawatts of solar power installed in the leading states.

And even though the percentage of possible annual sunshine varies quite a bit across the country – from 85 percent in Phoenix to 60 in Kansas City to 46 in Grand Rapids – Rogers stressed that more solar generation across the Midwest is an important and achievable clean-energy goal. By giving the customer the means of energy production, he said, rooftop solar “is transformative. It’s personal in a way that most other technologies are not.”

Broadly speaking, Rogers said, over the past few years, “The Midwest has shown some promise and leadership. It’s great to see Iowa on the leader board, and it’s great to have Minnesota close behind. It would be great to see a lot more of the states taking fuller advantage of the opportunities they have in front of them.

“Probably the most important thing a state can do is to send clear signals to markets, innovators and customers that this is where the state is heading, that the state is serious about clean energy.”

Policies targeted at individual sectors, such as a renewable portfolio standards or energy-efficient requirements or electric-vehicle policies can provide a lot of momentum, he said. But a broader carbon-reduction policy – as adopted in Minnesota – says “We care about this, whether you’re thinking about electricity use, building stock or transportation. It’s a framework for decision-making by corporations and households in terms of energy.”