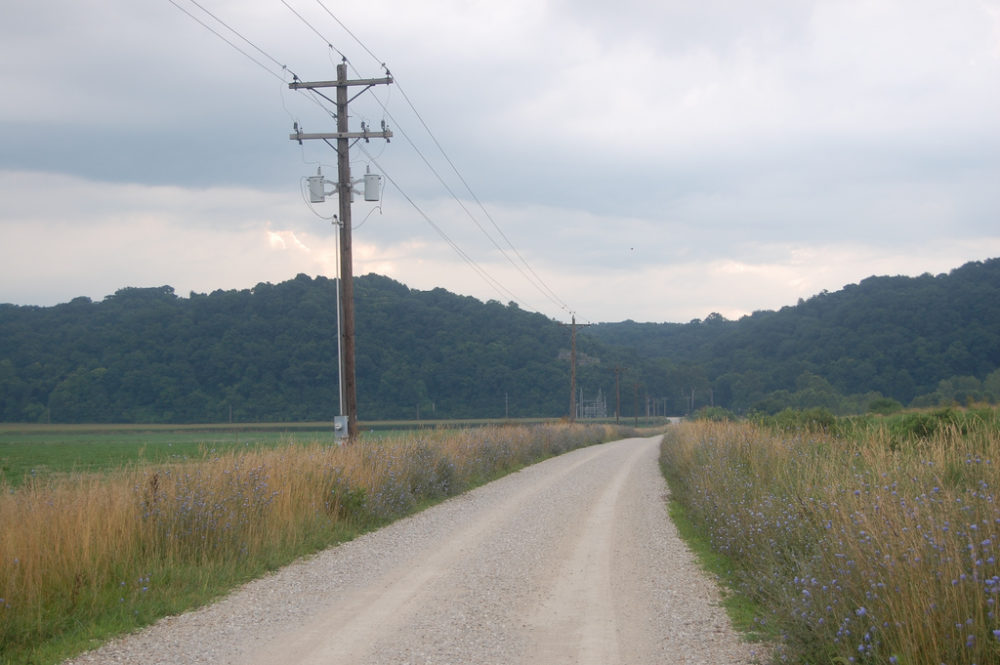 Rural electric cooperatives spread across the U.S. in the 1930s to electrify parts of the country where as many as nine out of ten rural homes lacked electricity. Today, many of those co-ops are building on that legacy by deploying an advanced, 21st-century version of the electricity distribution systems they brought to farms decades ago.

In some cases, rural America is seeing the smart grid arrive at their doorstep well before their urban and suburban counterparts.

Phil Carson, director of the Tri-County Electric Co-op in Illinois, is the new president of the National Rural Electric Cooperative Association.

As the newly elected, two-year-term president of the National Rural Electric Cooperative Association (NRECA), Phil Carson has a bird’s-eye view of grid modernization efforts underway in rural America. Carson also sits on the board of directors at Tri-County Electric Cooperative in Mt. Vernon, Illinois, giving him an up-close-and-personal look at the challenges and opportunities facing rural power providers in the age of the smart grid.

Unlike traditional utilities, co-ops are not-for-profit entities owned by the customers they serve. It is that business structure, Carson says, that makes co-ops uniquely responsive to consumer demands for technological solutions to traditional grid problems.

Midwest Energy News recently spoke with Carson after he had returned from a trip to Bolivia where linemen from Illinois cooperatives were helping to bring electricity to a rural, off-grid part of the country. Excerpts of the conversation are below, edited for length and clarity:

Carson: I think we have a unique opportunity to play a key role in this. Our co-op business model is not-for-profit, member owned, member-controlled [and] service-oriented. It’s a unique business model and it makes us really flexible and responsive to member needs and wishes. Our entire history has been that we’re really flexible and ready to try new technologies, and, as this 21st century smart grid emerges and unfolds, I think we’re well positioned to take a part in that.

NRECA, the national trade association, really has a strong research program. We go out and we seek grants for certain projects, and then we’ll find a member somewhere across the United States, maybe several of them. We’ll do pilot projects that deal with the smart grid and innovations. Then, because of the way our system is set up, we’re able to use cross collaboration to have one co-op experience things but share that in the network. So somebody out west maybe tried some smart-grid technology and the rest of us are able to kind of piggyback on that and understand the pitfalls and the challenges they face and those sorts of things.

What progress have rural cooperatives made on grid modernization efforts? What challenges do they face?

I think that we really have consistently been out there in front on numerous different components of this. One example of where we’re making progress is with Advanced Metering Infrastructure [AMI]. That’s one where we’ve consistently led the utility sector in implementing those types of technologies.

For instance, here in Illinois, we have 25 cooperatives and it’s my understanding that 24 of them have already deployed their AMI systems, and I think the other co-op is the only one outside that is probably ready to take the plunge as well. So I think that’s one example of where we’ve made really good progress in adapting to grid modernization.

The other area that falls under this category would be the way that we have gotten into renewable energy. What we’ve done there is really adapted and adopted new technologies. Co-ops for instance lead the way on community solar: 75 percent of community solar is owned by electric co-ops across the United States.

Whenever the price tag of these technologies comes across the board table, that always has to be a factor. Because, while we are member-oriented and service-oriented, you have to make it work economically as well. There’s price-tag shock from time-to-time. That’s a bit of a challenge, but obviously you see the payoff as well of the technology, so we’ve been out there adapting and bringing [renewables] into the system.

Two other things I’d mention real quickly as challenges. Having sat on the NRECA board we get reports back that there are certain folks – and it could be pockets in communities – where there are worries about, for instance, AMI and health. Is this going to produce some sort of situation where we’re being exposed to something that will hurt our health? So you have some of those things that you have to deal with – citizens and consumers that are worrying on that front.

I think also in this day and age where our privacy is kind of under attack from time-to-time, we fear that folks are watching – whether it’s Big Brother or somebody really sinister out there. I think that whenever you’re getting into the sophisticated meter readings, the AMI brings that to the table. So you get pushback a little bit from consumers on that. You try to work with them on that, explain, and then maybe go back to an analog system that makes them feel more comfortable.

What have you learned in your time in Illinois that you hope to share with cooperatives in other states?

As I go around the country over the next two years, one of my primary themes will be speaking to the directors because I’m a director. I’m a former dairy farmer, I have a seminary background, I’m a pastor, and I’m very similar to a lot of other folks who sit there. We come from many different walks of life but our one job is to be the fiduciary agent elected by our members to watch out for their interests in that board room.

One of the things that I’ve seen in Illinois and I’ve seen in my experiences that I want to speak to is just the need for good governance. I think we’ve got a great system in place, and I think we have some great training through NRECA. We’re hopefully even going to ramp that up even more.

The Trump Administration has pledged to boost investment in American infrastructure, including the nation’s aging power grid. How would rural co-ops benefit from this kind of new infrastructure spending?

Reliable power [is] really kind of the foundation of an economically strong America. There are three things that NRECA has kind of marked out that we would want in this package, if and when it’s put together, and I think we would benefit from it. The No. 1 thing would be to support the maintenance [of] and enhancements to the current existing rural infrastructure. It’s obviously a massive undertaking and extremely costly, and what we would want is for policymakers to support the siting and construction of the three main elements – the generation, the transmission and the distribution.

The second component we’d probably ask to be in this bill, if it were to come forward, would be to ensure timely permitting on lines that are being built. I can give you some horror stories: Associated Missouri, one of our biggest in the co-op community, had a 100-mile line to build [in 2006] and they did not get it accomplished until 2012, so it was a six-year lag from the beginning of it until the end. There were cost overruns, I’m told, to the extent of a million dollars, none of which were construction related, none of which were engineering related. It was all in fighting through the permitting processes. So what we really need is, if there’s a justifiable situation, we need folks to be able to give us timely permitting so we can move forward on these things.

And finally, the third leg of the stool that we would ask for in an infrastructure bill would be broadband – prioritize that out in rural areas. Eighty years ago when FDR stepped to the plate and said we’ve got to get electricity into rural America, he used [the Rural Electrification Act (REA)] and set up the programs that allow us to do that. Co-ops took that and ran with it.

Even so today, we need broadband in much of a similar way. It’s kind of sporadic out in rural America and we need it for economic diversity, and we need it for in terms of education, we need it in terms of healthcare, advanced healthcare. I think we would, if we were given the program that would allow us economically to have the footing to be able to do that, we’d do it. And we’d do it the way we [deployed] electricity [in that] we made sure that folks had it and the money was wisely used. We think that’s really vital going forward for rural America.