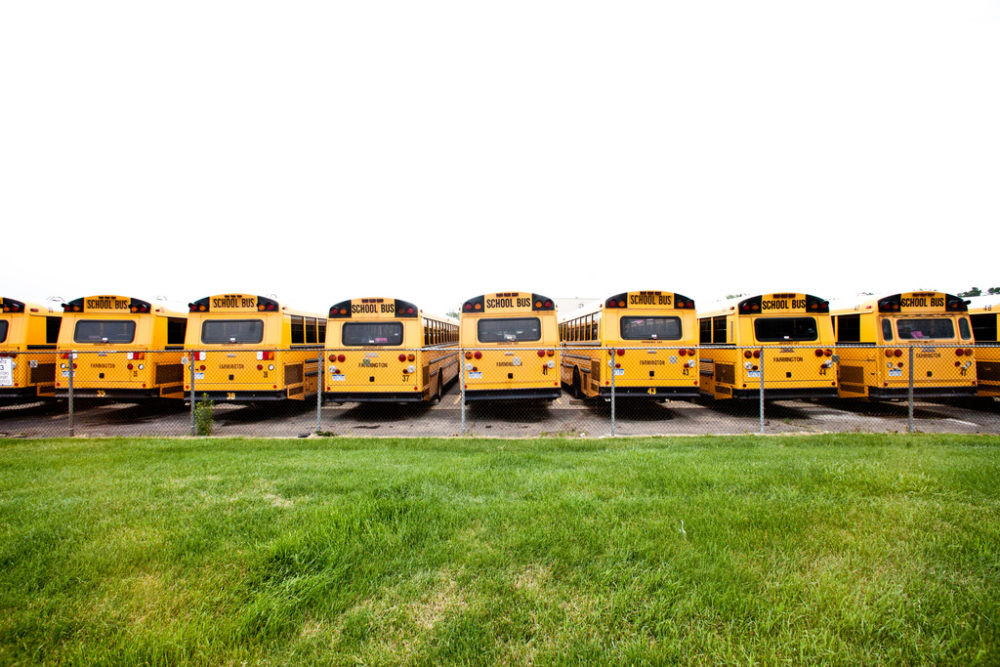 Michigan school districts looking to lower the emissions of their transportation fleets are eyeing millions of dollars from the Volkswagen settlement to be used for electric buses.

As part of a consent decree following the German automaker’s scandal involving its diesel vehicles, Michigan is in line to receive $60.3 million for an “environmental mitigation trust,” which is meant to offset the nitrogen oxide (NOx) emissions from vehicles involved with the case.

Advocacy groups have been working with school districts in the region, including in Michigan, about potentially using some of that funding to purchase electric buses.

The Michigan Department of Environmental Quality has released a draft plan for spending the money over 10 years by replacing a variety of vehicle types, zero-emission vehicle infrastructure and staff. About half of the proposed spending — $32.3 million — would be for replacing 323 government-owned school buses over the 10-year period.

“We think that’s a really positive thing for a number of reasons,” said Susan Mudd, senior policy advocate for the Chicago-based Environmental Law and Policy Center. The ELPC has been informing Midwest school districts about the settlement fund opportunities, and has identified at least 17 Michigan districts interested in electric buses for their schools.

Mudd pointed to the roughly 700,000 Michigan K-12 students who ride in buses every day and who have greater risk to exposure from diesel exhaust.

“Diesel school buses historically have all sorts of emissions,” Mudd said, adding that NOx and other particulate emissions from diesel vehicles are a precursor for ozone and exacerbate asthma, particularly among children. “It would not be accurate to say school buses are the cause, but they are a contributor to the direct exposure kids are having.”

Debbie Swartz, who is overseeing the process at the DEQ, said the money could qualify for a variety of fuel-switching technologies, including compressed natural gas and propane.

Mudd said her group’s focus is specifically on electric vehicles.

“For each of these technologies, electric is the cleanest option,” she said. “Since this is supposed to be about mitigating air pollution damage, the goal needs to be to reduce human exposure to NOx and improve public health. We believe the best way to do that is transform the market in a way that reduces emissions in the short run as well as the long run.”

Also under Michigan’s draft plan, $11 million would replace various other freight vehicles, $8.4 million would go toward zero-emission vehicle infrastructure and $6 million for staff. About $2.3 million will come as a match from the federal Diesel Emissions Reduction Act.

Under the plan, areas of the state with high NOx emissions would receive funding priority. These include areas of southeast Michigan and west Michigan with high air pollution levels, as well as urban residential areas “impacted by poor air quality due to diesel engine emissions from nearby stationary or mobile emission sources.”

Groups like the ELPC have since been able to submit comments on the DEQ’s draft plan.

However, Swartz said the state is still waiting on final approval for a trustee of the Volkswagen settlement money, and therefore the state is in a “holding pattern” until a final proposal can be made.

She said it’s also uncertain how school districts would receive funding under the program and whether the state legislature will play a role in overseeing the distribution of funds. In Minnesota, for example, advocates are already concerned about legislative actions jeopardizing settlement funding.

Swartz said the DEQ has been working closely with the Michigan Agency for Energy on identifying technologies to meet different areas’ needs.

“$60.3 million is a significant amount of money coming our way,” Swartz said. “I would certainly think we’d have a fair share of funding for a whole variety of purposes that have to fall within eligible mitigation actions.”

For public school districts already in precarious budget situations, cost has been and remains the biggest barrier to electric bus adoption.

David Meeuwsen, transportation director for Zeeland Public Schools in west Michigan, said the district has been converting diesel buses to run on propane for the past 5 to 10 years. District officials have encouraged him to seek out grants or other funding sources for electric buses.

“An electric school bus is a pretty expensive vehicle compared to what we normally spend,” Meeuwsen said. “Now with a little supplement from the Volkswagen funds, maybe there are some possibilities. We’ve been looking at it for a period of time, but it’s been too cost-prohibitive.”

The district has 57 buses in its fleet and replaces four or five a year. He added that a conventional bus costs roughly $100,000 compared to the $300,000 price tag on an electric bus.

“The long-term goal is to transport kids to and from school as safely as possible,” Meeuwsen said. “As a fleet, we look at different options for fuels to be as clean and environmentally friendly as we can.”

Mudd says pilot programs at areas in California, Massachusetts and New York City were already underway before the Volkswagen settlement. But a silver lining in the scandal may be giving a jump-start for districts looking to reduce their emissions on the transportation side.

“The mitigation trust fund allows us the chance to move faster on something that might happen eventually,” she said. “This can speed it up. The combination of Volkswagen money and other interested parties like utilities can make this market transform faster.”