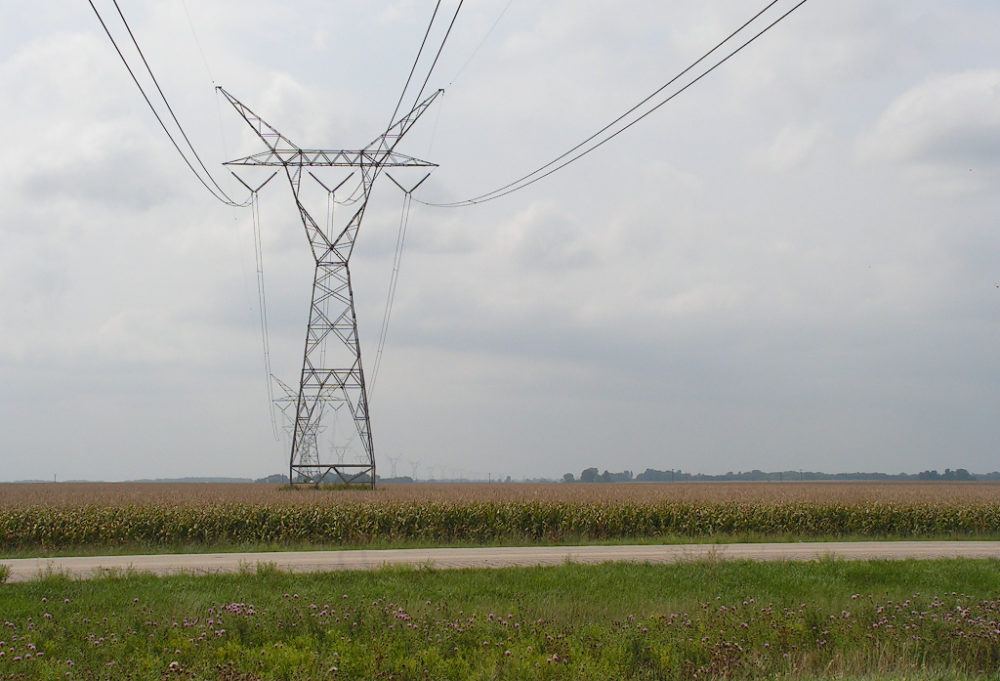 Rights-of-way along power lines are increasingly being eyed for native prairie and pollinator habitat.

A growing alliance of industry groups, environmentalists and government agencies are increasingly convinced that habitat restoration in rights-of-way corridors — including for electric transmission lines — could be key to propping up the region’s decimated pollinator population.

And while the environmental and public benefits are clear, officials and leaders say prairieland restoration could also cut maintenance costs.

“At all levels, there is interest in better understanding the business case for these programs,” said Iris Caldwell, a research engineer with the Energy Resources Center at the University of Illinois at Chicago. “How do we better justify the value that pollinator habitat might have in an operational context?”

New research suggests that some sustainable management techniques can promote long-term savings. A 2014 case study found that management costs could be reduced by 30 percent and generate millions in revenue through carbon sequestration. Florida’s transportation department produced the study after reviewing sustainable management practices on its 186,000 acres of rights-of-way land on state highways.

Still, the cost for utility row maintenance increases significantly when an endangered species is involved. Routine rights-of-way land maintenance is trickier around Karner blue butterfly habitat, for example, which is protected by the Endangered Species Act and requires manual cutting in some places.

The iconic monarch butterfly is on the verge of being listed by the U.S. Fish and Wildlife Service, and utilities considering pollinator habitat on their land have persistent questions about restrictions that would be put in place. Managers say if the butterfly is added, then maintenance costs could spike.

This week, major stakeholders huddled at the University of Illinois at Chicago to hash out what’s working and what isn’t in developing the business case for the emerging field.

Vast swaths of right-of-way land found underneath utility lines, alongside railroads and highways, and on other private property offer a tremendous opportunity for restoring Midwest prairieland and habitat development for threatened pollinators, according to advocates.

Similar restoration projects to support bees and butterflies have long been discussed in the context of clean tech. Last year Minnesota adopted a voluntary standard to encourage developers to plant native grasses and wildflowers around new solar farms.

A collaboration between the utility Ameren Electric, the environmental group Pheasants Forever, and the Illinois Department of Transportation (IDOT) was profiled at the Illinois meeting as an example of how stakeholder coordination can save money while supporting pollinators. Project managers say the pollinator seeding isn’t that much more expensive.

The organizations — along with the Canadian National Railway and the Illinois Natural History Survey — are working together to restore a mile-long stretch of degraded prairie along U.S. highway 45 near the University of Illinois.

The site is bound by rail tracks on one side and a state highway on the other. Ameren powerlines run overhead. Michelle Henderson, a vegetation supervisor with the utility, said the land has been problematic for everyone.

Invasive Bradford pear, willow, sumac and other species created a dense canopy that shaded out all of the native plants, made it difficult to maintain, and was an eyesore for the public. “The project fit right in with the working group goal for restoring and creating new habitat for pollinators,” Henderson said.

Still, Henderson wonders what types of management practices would be required or forbidden if the monarch is listed as an endangered species, and she says the U.S. Fish and Wildlife Service doesn’t have an answer yet. “There is the potential for increased management costs,” she said. “Most certainly there is a need for longer-range planning.”

Tom Melius, a wildlife service regional director, said the agency is still “a couple of years out” from making the final determination on the butterfly listing and hopes that habitat restoration can prevent it.

The Ameren and IDOT collaboration sprung from an earlier working group meeting. Stephanie Dobbs, a roadside maintenance manager, is working on the project for the state transportation agency.

She says the agency had wanted land cleared but didn’t have the equipment, though Ameren could provide that. IDOT only needed to issue permits and redirect traffic. “It took us a couple of trucks and a couple of guys for the day and that was it,” she said. “We were able to participate in a restoration project with very little cost. It’s a win-win-win for us.”

‘People seem to be coming together’

Beyond finances, the land is also restored for local pollinators. The situation for the iconic monarch butterflies is “desperate,” Dobbs said. “It is an all-hands-on-deck, whatever-you-can-do mode of operating. All options for restoration need to be considered. If it benefits people, then even better.”

“One of the beautiful parts about the rights-of-way project is it is focusing habitat restoration in a linear fashion across the state,” Holmes said. “One of the intentions is to build a literal roadmap for the butterflies to get to their summer breeding grounds.”

Sara Barnas, a conservation planning manager with the Wildlife Habitat Council, said using right-of-way land offers a huge opportunity to rebuild the butterfly and bee population. The group is working with utilities and railroads.

“I’ve called a lot of different sites and companies, and not one single person says: ‘No, I don’t want to help the monarch,’” she said. “I’m hopeful, people seem to be coming together.”

Caldwell, of the University of Illinois at Chicago, said collaboration is the goal of the working group.

“I don’t mean to sound surprised, but we were sensitive at the beginning of the working group that each industry would have unique considerations that each group would have to consider,” Caldwell said. “But I’ve been really pleased by the willingness to share experience and knowledge and find ways to advance the role that rights-of-way provide for wildlife and pollinators.”