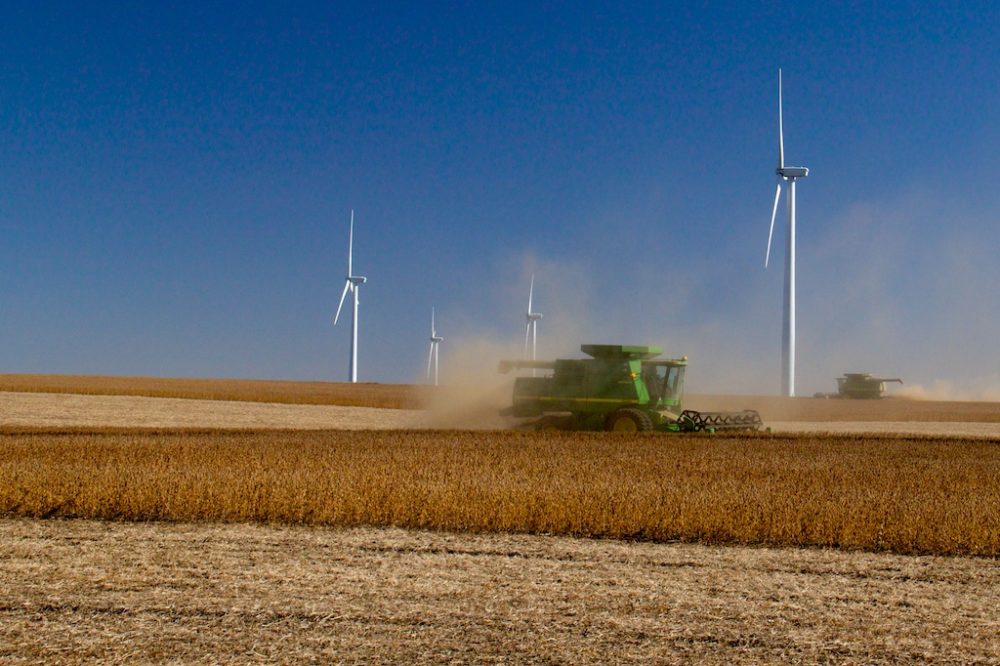 Juhl Energy Inc. has announced a partnership with a Florida entrepreneur to develop community wind in Minnesota that will seek of the financial support of residents in the area where the projects will be located.

Daniel Lemberg, who created WindShare LLC to give small investors a chance to buy shares in community wind projects, has chosen to work with Juhl and the company’s new wind hybrid configuration.

Similar to a community solar garden, WindShare projects will allow subscribers to buy one or more $100 shares in community wind projects, with a likely annual return of around 3 percent, Lemberg said.

“We wanted to make it easy for the public to invest in a way that doesn’t require developers to adjust how they structure a project,” he said.  “We can bring the same innovation that’s in the solar industry into wind as well.”

Juhl has been looking for new options for supporting community wind for some time.

“The value of WindShare is that if it turns into a stable financing source for community projects then the projects that we build will be in the best interests of the communities and create economic development… rather than just pure money deals,” he said.

“We think we can leverage low-cost energy as an economic development tool for rural communities. In order to do that you have to have the financing that has the same mentality.”

Investors buy shares through 20-year contracts and will receive a return receive a return competitive with other investments such as annuities and Treasury bonds. The electricity would ideally be sold to local utilities.

One of WindShare’s advisory board members is Tom Mahowald, director of business development at Navigant Research. While Lemberg, who has a background in health care, may not have fully understood the market when he started, he’s gained an expertise quickly, Mahowald said.

“It’s an incredibly creative way of putting things together and he’s (Lemberg) a bright bulb,” he said. “I’ve seen him put startups together before. If this weren’t Dan I wouldn’t put time into it. But I think this will be successful.”

The WindShare approach has the added of advantage of reducing the “friction” in communities where wind installations are being constructed, Lemberg said.

A study in Canada revealed that if community members had an opportunity to invest they were much more agreeable to new projects, he noted.

“We’ll always give priority to local community members,” Lemberg said, with the first option to buy shares going to community members before a net is cast to attract the wider investment market.

Small investors will be finding out about WindShare nationally through an aggressive digital marketing and public relations campaign.

For community wind projects there’s long been a struggle for financing. Local banks do not have the expertise to finance community wind, Mahowald said, and benefits tend to accrue to larger investors rather than communities.

WindShare is looking for projects of at least $1 million because fees associated with smaller projects tend to minimize potential profits.

Lemberg conceived his plan after several visits to the Caribbean, where he witnessed how residents used renewable energy to avoid expensive electricity bills.

Yet he found there wasn’t financing available for larger utility scale installations that could have served entire communities.

“There’s a lot of opportunity in America to deliver returns to local investors,” Lemberg said. “If it works here I’d love to take it back to the Caribbean.”