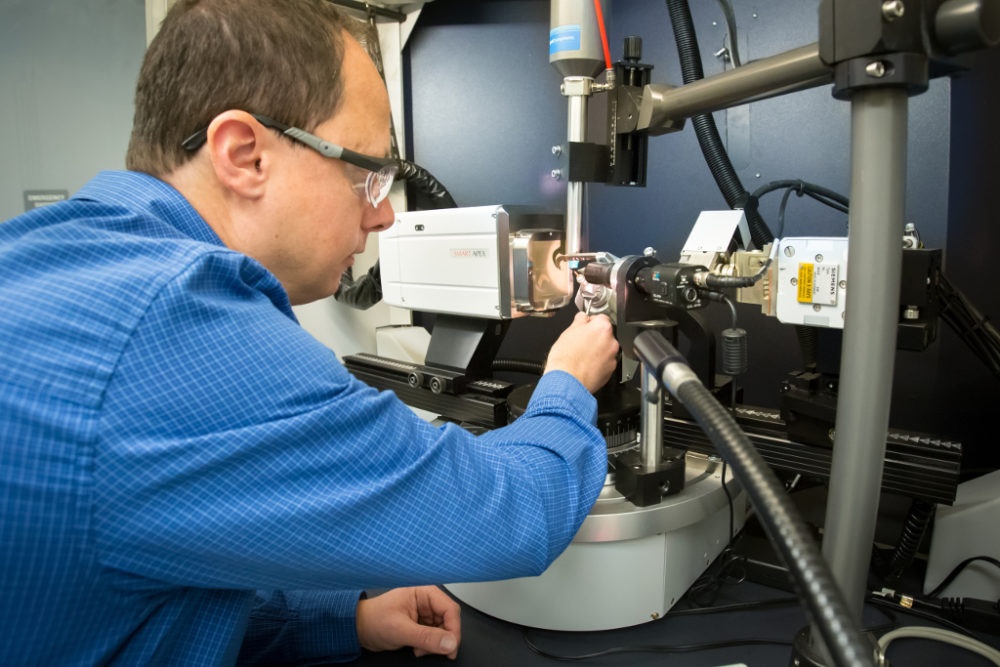 While President Trump has pledged to revive the coal industry by rolling back regulations and ignoring climate change, a group of pro-coal Democrats says they have a better approach.

The CoalBlue Project was launched in 2013 to build bipartisan support for “sustainable coal.” Its agenda includes expanding government support for development and use of carbon capture technology.

Midwest Energy News spoke with CoalBlue’s board chair, Zachary Space. Before becoming a principal with the Columbus-based lobbying group of Vorys Advisors, Space represented 16 eastern and southeastern Ohio counties in Congress. Both areas have had a large amount of coal mining and natural gas production. (Transcript has been edited for length and clarity.)

Former Ohio Rep. Zachary Space chairs the board of a Democratic pro-coal group.

Midwest Energy News: What does CoalBlue do?

Space: CoalBlue advocates for the alliance between fossil fuels and advanced energy. Climate change is real and we have a responsibility to do something about it. We also understand that fossil fuels will necessarily be a part of the energy [mix] into the indefinite future.

You can wish away fossil fuels all you want, but the bottom line is that they’re not going to go away. So it’s much more effective and practical to take a proactive approach to the technologies associated with carbon capture and sequestration and create a future that will use the resources that we have and that we need to generate the electricity and the power that this country and its economy depend upon, but to do so responsibly.

Ohio researchers have done some work on carbon capture. Do Ohio’s coal-fired power plants or industrial facilities use the technology beyond those kinds of small-scale projects?

Not that I’m aware of. There are very little attempts to encourage that kind of activity. Financially, it’s too difficult to get off the ground when you’re talking about a new technology without government incentives.

How much of your involvement in CoalBlue comes from trying to save jobs in the coal sector?  And since there has been a shrinking market for coal, is carbon capture really going to save jobs?

I don’t know that anybody has been honest with the people of coal country about the future of coal. Obviously, the price pressure applied by natural gas has had as much to do with the loss of coal jobs as anything.

I suspect that the so-called rollback of regulations that Trump has pledged will have a nominal effect, if any, on coal jobs.

Donald Trump is in the White House right now because of the rural vote that he received. In Pennsylvania and Ohio [his rural support was] in large part attributable to coal communities. I think if he intends to deliver on his promise to save coal or to bring back coal, promoting and pushing legislation through Congress, like the 45Q [tax credit] legislation, is an effective, practical way to do it.

Carbon capture and utilization holds promise for reemploying coal miners and making coal more relevant. So, we think this is a win-win scenario for everybody.

How do the costs of carbon capture technology compare with those of renewable energy? Basically, what is the bottom line on what the electricity would cost compared to other types of clean energy?

There are a couple of factors that are very difficult to quantify. One is the extent to which you can utilize the byproduct of the carbon capture process to help facilitate a vertically integrated economic business model that works. Putting a price on carbon, for example, or even establishing a market price for carbon in those cases where injections can enhance production of depleted or old wells, will help offset those costs. And that’s a difficult model to predict.

The other issue has to do with the simple process associated with driving technology. The more we invest as a government in this technology, the cheaper it will be. And eventually we think the costs will be driven down—again supplemented by the use of the byproduct, the carbon itself.

Will plants really use clean coal technology if they don’t also have to reduce greenhouse gas emissions? And given what this administration in Washington has been doing, doesn’t that seem unlikely?

Once you get past the bluster and the verbiage associated with rolling back regulations, the real key here in developing a future for coal is going to entail promoting technology, research and development in the area of carbon capture and sequestration, so that we can make coal relevant not just for the next couple of years, but into the distant future, and so that we can export that technology worldwide. Certainly I think as time progresses it will become more obvious that we need to be responsible stewards of our environment.

For any clean energy technology to provide real benefits, though, doesn’t society need a way to make sure it gets used, so that polluters don’t get a free ride by shifting their environmental costs to the public? And why would polluters spend more for the technology if they don’t have to?

Forcing people to adopt it? No, I don’t think that’s the case. I think you do it through incentives—in the 45Q [tax credits] and putting a price on carbon through some sort of market exchange. [I think that] is a much more realistic and feasible way to do it.

I don’t profess to have all the answers, but I think Congress and our president, if they’re being honest with those people in coal country and sincere in their efforts to provide coal with a future, they need to act. And they need to do so in a way that makes sense and that complies with a basic and fundamental responsibility that we all have to make sure that we pass this planet along to our children and grandchildren in a responsible way.

How would you describe your current political leanings?

I’m a moderate. I’m a Democrat who happens to believe that the powers of the marketplace can be harnessed and used in an effective way.

Creating a market exchange, or introducing market values in an effort to combat the problems associated with emissions is not a novel theory. It’s been done before, and it’s been done before quite successfully with the SOx and NOx legislation. [Those programs deal with acid rain].

How does renewable energy fit into all of this?

A lot of states have renewable fuel standards and I think they’re terrific. I think incorporating carbon capture and sequestration or utilization as a part of those renewable fuel standards makes perfect sense. This is not something that should be considered as displacing advanced energy. It’s something that should be viewed as an effort to get to a low-carbon, low-cost energy future.

[Carbon capture is] an important tool not just for the production of energy here in this country, but worldwide. Pushing this technology now here can have worldwide applications in what should be a common goal of everybody to deal with the specter of climate change.

UPDATE: This article was updated after it was initially published to use Space’s full first name.