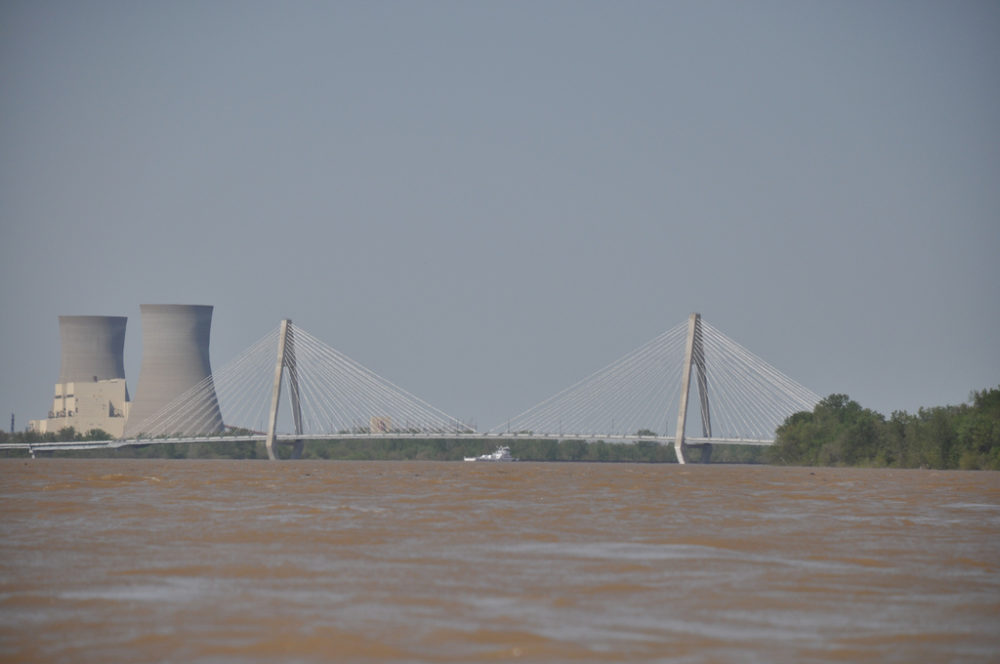 The Rockport power plant is seen alongside the William H. Natcher Bridge near Rockport, Indiana.

The route ahead for one of Indiana’s largest coal plants is clouded by a lawsuit over a lease and costly pollution control upgrades, but environmental advocates say the destination should be clear: retirement, and soon.

At the 1,300 MW Rockport Unit 2 in Southwest Indiana, American Electric Power and its subsidiary Indiana Michigan Power Co. face a lease that expires in 2022 and more than a billion dollars in new pollution controls required by 2028.

That kind of looming expense amid market conditions that increasingly favor natural gas and renewable generation has made dozens of other coal units targets for early retirement. But the choices AEP faces on Rockport 2 are complicated by the way upgrade deadlines line up with the end of the lease, and a recent federal court ruling that appears to have the AEP on the hook for upgrade costs even if they choose not to renew.

AEP and I&M have grappled with whether to renew the lease at least as far back as August 2011. Company officials told state regulators then that they expected to reach a decision by the end of that year, but never did. I&M later said in its 2015 Integrated Resource Plan that they preferred to keep the plant open through at least 2028 by renewing the lease and upgrading pollution controls.

AEP has no current plants to retire Rockport 2, said Melissa McHenry, the company’s external communications director. She wouldn’t speculate on the plant’s future.

“We have the option of determining when any of our generating units might retire and making any regulatory or other filings necessary to move forward with a retirement, however we have not made any determination about a retirement date for Rockport,” she said.

Shannon Fisk, managing attorney with Earthjustice who has worked on multiple cases involving Rockport, says I&M’s own modeling in its 2015 IRP showed retiring the plant 2022 could be cheaper over the next several decades.

“These units, while they certainly shouldn’t be operating long-term without pollution controls, the far better solution here financially would be for Rockport 2 to retire and be replaced by something that’s actually cleaner,” Fisk said.

A 2007 consent decree between AEP, the U.S. Environmental Protection Agency and several states and environmental groups requires the company to outfit Rockport 2 with nitrous oxide scrubbers and sulfur dioxide scrubbers. The the NOx scrubber will cost around $270 million and is due by the end of 2019. The SO2 scrubber has been estimated at around $1.4 million, and a 2013 modification to the settlement pushed back the deadline for that project to 2028.

I&M is waiting for the Indiana Utility Regulatory Commission to rule on its recent request to install the NOx scrubber by the end of 2019 and recover its share of the costs from its customers over 10 years. The company argued that, even if it lets the lease expire just three years later, the scrubbers would be cheaper for its customers than retiring the plant and paying a $600 million penalty it would owe the plant owners if it let the unit fall out of compliance before the lease ends.

As arguments in the regulatory case wound down, the U.S. Sixth Circuit Court of Appeals ruled on April 14 that AEP breached the lease when they modified the consent decree to delay the $1.4 billion scrubber until after the current lease expires. The ruling essentially says that if the plant is running in 2028, AEP and not the plant owners are responsible for the cost of the scrubber whether or not AEP are still leasing it.

It’s not yet clear what effect the ruling will have, said Fisk. AEP and I&M have petitioned the Sixth Circuit for a rehearing, which they’re unlikely to get, he said. Without a rehearing, the case will be sent down to the district court to craft a remedy.

It’s also possible that AEP and the plant owners — The Wilmington Trust Co., whose backers include Verizon, General Motors and Philip Morris — could reach a negotiated settlement, he said.

“Regardless of what I&M and the owners manage to work out, our basic point is that customers should not have to pay for this,” Fisk said. “Because for customers it would be cheaper for I&M or the owners or whoever to retire the unit and replace it with clean energy.”

If AEP returns the plant to the owners but the unit isn’t retired, the ruling could hypothetically force AEP to fund the 2028 scrubber upgrade for whoever is running the plant at the time, according to Jennifer Washburn, attorney with the Citizens Action Coalition who opposed I&M’s NOx scrubber case before the IURC.

She’s concerned the ruling puts “a lot of pressure on I&M to renew the lease and keep operating the plant, regardless of what the economics would otherwise dictate,” she said.

Washburn led an argument in the ongoing state NOx scrubber case that the economics already favor skipping that upgrade and returning the plant to its owners, even if that means customers are forced to cover the $600 million lease penalty.

An expert witness for the environmental groups said I&M used a flawed and biased analysis to paint the scrubber installation and continued operation of the plant as the cheaper option. The utility used inflated projections of energy and capacity revenues as well as outdated and inflated costs of solar and wind energy, according to testimony from Jeremy Fisher, principal associate with Synapse Energy Economics.

I&M rebutted that its analysis was sound and its projections were accurate and up to date at the time. The Indiana Office of Utility Consumer Counselor, which represents utility customer interests in cases before the IURC, agreed with the utility’s conclusion and recommended the commission approve the scrubber project.

If I&M succeeds in its NOx case and wants to continue to operate Rockport 2 beyond 2028, it will again require IURC approval for renewing the lease and later for the more expensive SO2 scrubbers.

“All of those bring in opportunities to find a better solution here, which is a solution that doesn’t involve spending $1.4 billion on an aging coal unit,” Fisk said.

The two Rockport units in Southwest Indiana supply around 2,600 MW  and make up one of the largest coal plants in the nation. Most of that electricity goes to I&M, whose service area covers northeast Indiana and southwest Michigan.

The plant is the largest ever targeted by local anti-coal advocates who see it as an “egregious super polluter,” said Jodi Perras, Beyond Coal manager for the Indiana-Kentucky-Michigan Sierra Club.

“Our campaign has successfully shone a light on the decision I&M faces — to continue to burn coal at an aging, uneconomical plant like Rockport or retire it and build clean energy to replace it,” she said.