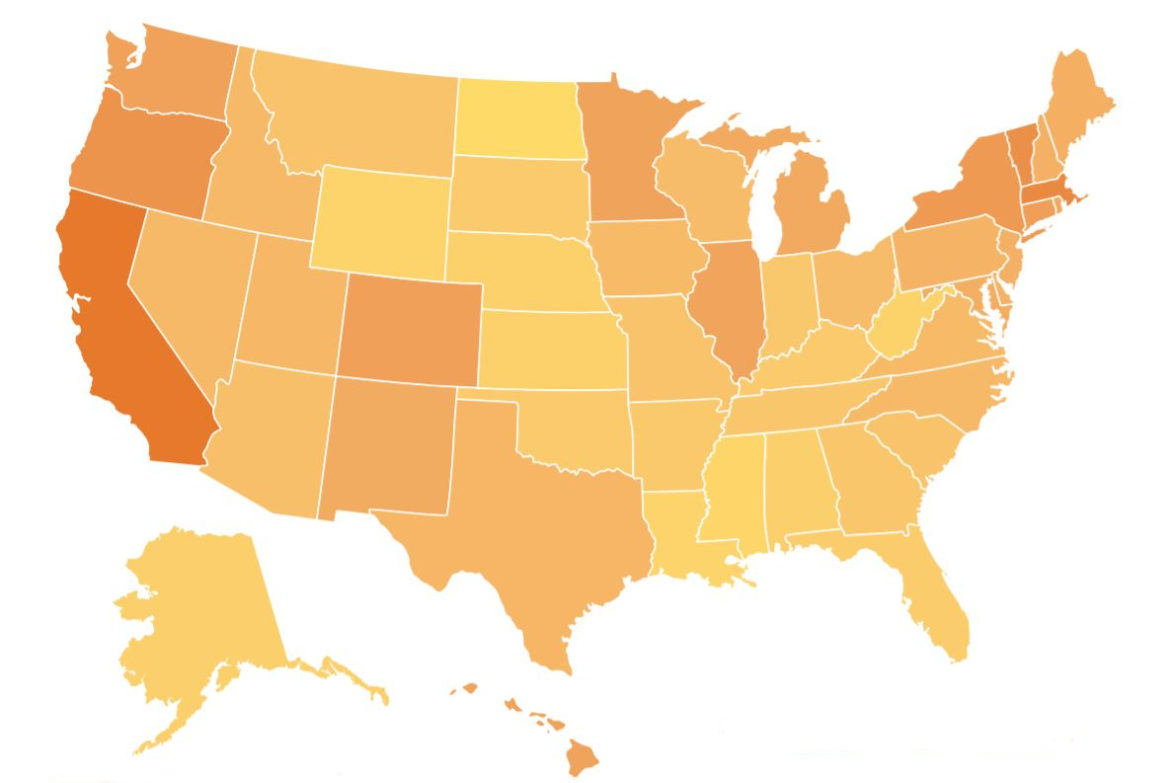 Minnesota ranked 9th in Clean Edge’s eighth annual U.S. Clean Tech Leadership Index, the only Midwest state in the top ten. Illinois and Michigan ranked 11th and 13th respectively, while the remaining Midwest states were in the bottom half of the rankings.

“Like every region, the states in the Midwest have their strengths and weaknesses,” said Andrew Rector, market analyst for Clean Edge.

Michigan has a good record of venture capital patents, a legacy of having Detroit and its expertise in patent law, while Illinois is a national leader in green buildings and has a strong venture capital market, Rector said.

Wisconsin (which ranked 29th) has a thriving biomass generation sector and more natural gas vehicles than average, he said. Ohio (28th) doesn’t have much wind or solar now, Rector said, but that could change with a new wind farm being developed by Amazon and the reinstatement of its renewable portfolio standard.

The RPS “signals that Ohio is committed to more investments in clean energy, and that’s reflected in its five-spot jump in the Index’s Policy category rankings,” he said.

States receiving more than 20 percent from renewable energy include North Dakota (50th) and Oklahoma, from wind, and California, from a mix of generation.

While the Midwest states which have strong wind power led the country in that category they did not score all that well in other areas to be national leaders.

The report praised Minnesota for having the “most notable increase” of nine points, enough to move the state up six places. Minnesota’s transportation subcategory “is an emerging strength,” and firms saw venture capital worth $57 million come in 2016, the report said.

The University of Minnesota was recognized for having a top-ranked green master’s program and the state won praise for a clean tech accelerator.

Looking at other indicators, Minnesota finished 11th in technology, 9th in percentage of energy coming from clean energy and 10th in policy.

Notably, Gov. Mark Dayton vetoed legislation this week which would have gutted several of the state’s clean energy policies.

“Minnesota has got a lot going for it – it’s got solid numbers in pretty much everything,” said Rector.

In looking at metro areas, the Midwest did a bit better. Chicago was 11th overall in “leadership,” with Minneapolis at 13th.  The other two Midwest cities in the top 20 were Kansas City (19th) and Columbus, Ohio (20th).

“Cities are becoming leaders in this regard in large part because they are being forced into that position,” he said, citing a pullback on clean energy investment by the federal government under the Trump administration.

Many cities now require large buildings to measure and report energy use, with Kansas City and St. Louis having joined the list in the last couple of years, he said. (Minneapolis and Chicago have had a benchmarking mandate in place for a few years.)

“It hasn’t hit big cities in the Midwest yet we just saw the city of Atlanta make that commitment a few weeks ago. That’s a big deal because it didn’t happen in California. When you’re getting that movement outside (the coasts) that’s important.”

In fact, the political divide is closing on clean energy.

“While the early Trump administration has aimed at dismantling Obama-era climate action policies and forwarding a pro fossil-fuel, climate-change-denial narrative, a growing number of red and blue states and cities, along with leading [corporations] and utilities, are forging a divergent path,” the report said.

Rector hopes people outside the “choir” of clean energy supporters will read the report and see “that jobs in wind, energy efficiency and solar” is happening in places not just in California but in Michigan and Wisconsin.