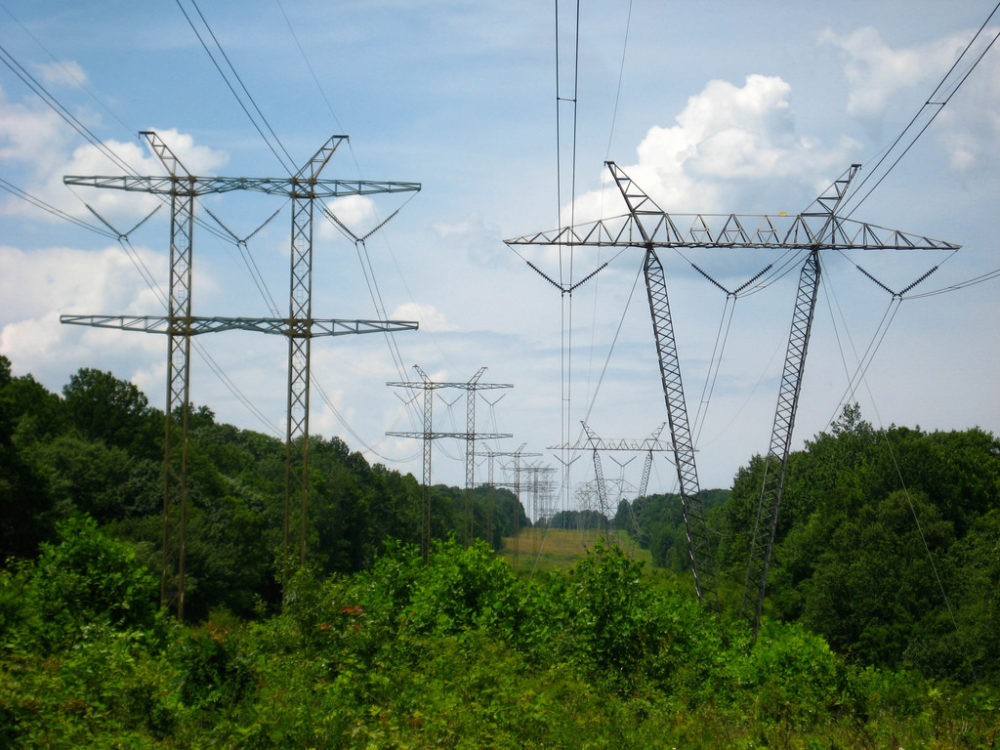 Most of Ohio will pay less to make sure adequate electric capacity is available three years from now. But critics say that changes in the grid operator’s auction rules discriminate against certain types of clean energy and will lead to overpayments.

The closing price of $76.53 per megawatt-day for PJM’s 2020/2021 capacity auction shows that the market is meeting the goal of “reliability at the lowest reasonable cost” while attracting “efficient, high performing and competitive resources that support reliability,” according to PJM president Andrew Ott.

For most of Ohio and most places in the PJM grid area, that capacity price to be paid three years from now will be 23 percent lower than last year’s closing price of $100. However, a $53.47 add-on for the Ohio and Kentucky zone served by Duke Energy will bring the price for that area to $130 per MW-day. Three other add-on zones exist outside of Ohio.

One factor leading to the lower prices for most areas was a drop in the reliability requirement to 165,109 MW versus 167,306 MW for last year’s auction. More than 3,100 MW of new generation were also offered into the auction, which added to downward pressure on the final price.

Each year, PJM holds an auction to make sure enough electricity generation will be available three years in the future to meet projected peak needs plus a margin of safety for the electric grid in Ohio and all or part of a dozen other states, plus the District of Columbia.

Although a lower overall price can’t be guaranteed, a lower capacity price is generally good news for consumers in parts of the state that benefit from the drop in this year’s closing price.

Anticipated plant closings explain why the Duke Energy area for Ohio and Kentucky was deemed to be “constrained” and must pay roughly 70 percent more for capacity in 2020/2021.

“Transmission limitations…may limit our ability to import capacity into that area” for the time being, explained Adam Keech of PJM. He declined to identify the specific plants, noting that was confidential information.

However, you’d need to see a price of around $282 for the area before any reliability worries would arise, Keech noted.

“We still have more than enough” capacity for the area, Keech said. Meanwhile, he said, the add-on sends a price signal for either the addition of generation or improvements to the grid to import more electricity into the zone.

“We’re always looking at opportunities to improve and modernize our electric transmission system…,” Freedman said. “Like other utilities, we work closely with PJM to better understand their market forecasts, the timings of plant retirements, planned transmission projects and more.”

The good news of a price drop for most of Ohio and the PJM area was tempered by lower commitments for renewable energy and demand response resources.

This year was the first year that the auction implemented controversial rules that require generation resources to be available year-round. “The annual-only requirement prefers baseload fuel-burning resources, including coal and nuclear as well as gas, over cheaper resources like renewables and demand response,” said Jennifer Chen of the Natural Resources Defense Council.

PJM rule changes also caused a dip in demand response clearing the auction. Demand response is the commitment of electricity users to curb consumption when necessary during peak demand times. And that’s also seasonal, with greatest availability during the summer months. For example, many customers may agree to curtail air conditioning during those months.

Part of the drop resulted from uncertainty while the use of demand response in the capacity auction was litigated in federal court. That issue was cleared up by the Supreme Court last year. But then the new year-round rule kicked in for this year’s auction for 2020/2021.

The new rule likely also led to higher prices in some areas, especially part of the eastern PJM area where the total capacity price will be $188 per MW-day. Some of that area’s needs “have been historically met by seasonally available resources,” such as cooling-load-based demand response, observed Jeffrey Whitehead of Direct Energy.

As a result of the new rules, “customers are overprocuring and overpaying during the non-summer seasons,” Chen said.

Electricity demand in the PJM region is not constant year round, but fluctuates throughout the year, with the summer peak as much as 26 gigawatts higher than the winter peak, Chen said. Solar generation is greatest in the summer, when daylight periods are longer and sunlight is more direct.

PJM justified development of the year-round rule as a response to power failures during the extremely cold “polar vortex” during January 2014. At that time, 22 percent of needed generation was not available to serve customers on the coldest days.

Nonetheless, Chen noted, other PJM requirements and procedures avoided widespread blackouts throughout the region when power plants did fail. And in any case, she said, the model used by PJM led to it procuring significantly more energy than necessary for a reliable energy supply.

PJM’s reliability requirement is based on projected peak electricity needs, plus some extra, just in case. “We procure this margin generally for forecast errors and for planning for the unforeseen,” explained Keech.

The extra comes from a 2014 change that was made “to procure even more capacity, especially when prices are cheap,” Chen explained. But, she said, by the time that change kicks in, the model already is protecting against a one-in-ten-year event, “and we’re procuring more capacity when we already have plenty.”

The bottom line is that most customers throughout the PJM region will wind up paying less for capacity than they will as a result of last year’s auction. But they’ll still pay hundreds of millions of dollars more than they otherwise would need in order to guarantee a reliable electric grid, Chen said.