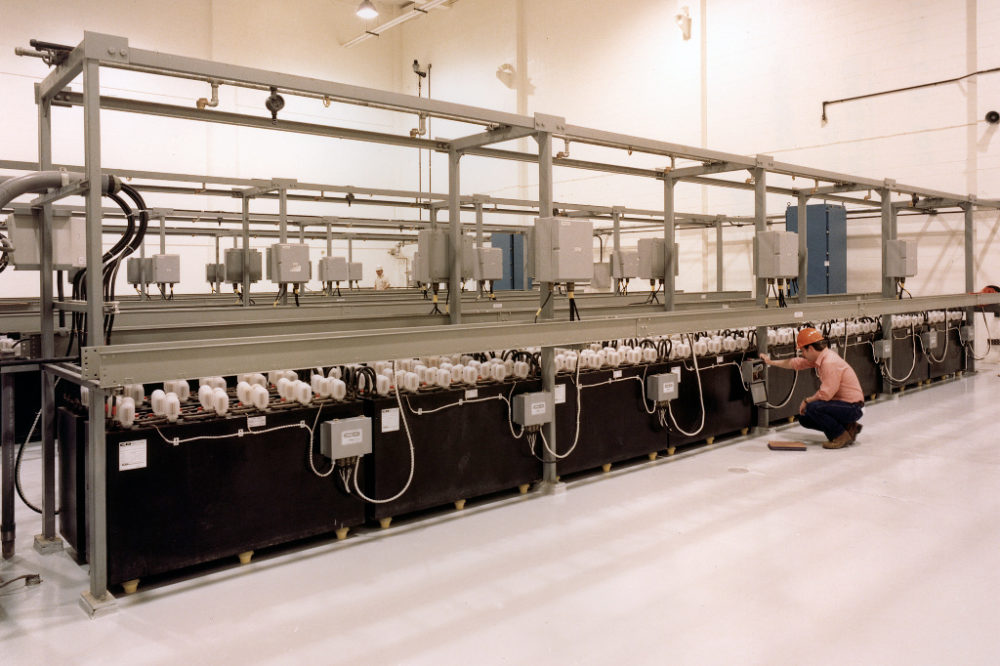 State and federal regulators call many of the shots in the utility world, and some advocates say they should use that power to press for faster modernization of the electrical grid.

“Traditionally, regulators have been in reactive mode,” said Dan Delurey, president of the Wedgemere consulting group and author of a newsletter about demand response and the grid. “They’ve waited for utilities to make proposals, then have ruled yea or nay on them.”

Yet, he said, regulators in a few states “have taken it upon themselves to go in different directions, and to be more of a leader on policy.” He mentioned Massachusetts, New York and California as examples of states that have issued far-reaching directives for the utilities they regulate.

California’s commission, for example, issued a requirement in 2013 that the state’s three investor-owned utilities invest in 1,325 MW of energy storage by 2020.

Delurey also commended Minnesota’s commission for being “pretty far out front on community solar, and trying to figure out how to compensate that, and what is the value of solar. They’re moving the ball and setting up for the future.”

He has hopes that Ohio’s commission may step up as well under the leadership of the new chairman, Asim Z. Haque. Although it hasn’t been in forefront of policies encouraging grid modernization, Delurey said, “Asim Haque, with a green light from the governor, is saying, ‘We’ve got to do this.’ He’s not trying to attack it piecemeal in a reactive way, but has issued a proceeding to see what the commission has to do to enable a smart grid.”

But many more state commissions decline to push their regulated utilities to invest in grid modernization.

A few years ago Kansas City Power & Light began investing in a network of electric-vehicle charging stations in the Kansas City metro area, which encompasses parts of both Missouri and Kansas. When the utility sought to include the cost in its rate base, which would allow it to recoup the costs and earn some profit on the investment, commissions in both states refused to permit it. The utility stopped developing the network in Kansas as a result.

“That’s a perfect example of trying to modernize the system with new distributed resources and with mobile storage and time-based charging,” Delurey said.

Views certainly differ as to whether the Missouri and Kansas commissions made the correct ruling, but the issue illustrates the challenges that confront many utilities that wish to modify the current business model – in this case to compensate for flat or declining electricity revenues by encouraging the conversion of transportation from gasoline to electricity.

“Utilities don’t have enough incentive,” said Steve Kihm, who has written recently on the topic. He’s the chief economist for SeventhWave, a mission-driven policy think tank. “The utilities have been moving in these directions. The general idea is that it’s too slow.”

Not only are there insufficient enticements, he said, but there are disincentives that may seem punitive to a utility trying to break out of the box. Remaking the grid can be a high-risk endeavor, and utilities have to prove their investments are “prudent” to have a shot at recovering their investment.

Technology is moving ahead rapidly, Kihm said, and if a trial with a new technology fails, the utility “might be criticized” by regulators and others. Consequently, many utilities feel “its just too dicey” to try something new.

So, for example, if a substation requires replacing, he said a utility might be inclined to take the safe route – replacing the existing substation with something similar – instead of taking the innovative but risky route – installing a smaller substation supplemented by some sort of demand response.

“There may be a tendency to stick with something known,” he said.

Contrasting with the rapid development of new technology is the deliberate and measured approach of most regulatory commissions, according to Delurey.

“The regulatory model is a slow one,” he said. “It’s not even like legislation. It’s a different type of government policy model and is meant to be adjudicatory. When you have technology being introduced so fast, it’s hard for the regulatory model to keep pace.

“Some argue that’s a good thing, that you want this measured process that doesn’t react too fast. But I’d argue it’s not fast enough.”

‘The ball is in their court’

The regulatory process is, by design, in part about protecting customers, Delurey observed. He recalled one case in which “the consumer advocates were actually – I don’t want to use the word ‘barrier’ – but in one sense they slowed down the introduction of advanced meters. The advocacy community was making statements about what technology the customers wanted and didn’t want. The job of the state consumer advocate is to make sure the proposals from utilities are fair to consumers.”

“When utilities come in for cost recovery,” she said, “regulators should ask, ‘Are you doing this, are you doing that?’ If they’re not doing it, ask them why. The job of the regulator is to compel them to answer some tough questions. The regulator is substituting for the competitive marketplace.”

As complex technologies enter the picture at a rapid rate, she said, they “can be really challenging to understand. Maybe we need to build regulatory capacity.”

When it comes to overhauling the electrical system, regulators “are a big factor,” said Delurey. “The ball is in their court, and they’re the ones who can speed things up, slow things down, or divert them one way or the other.”