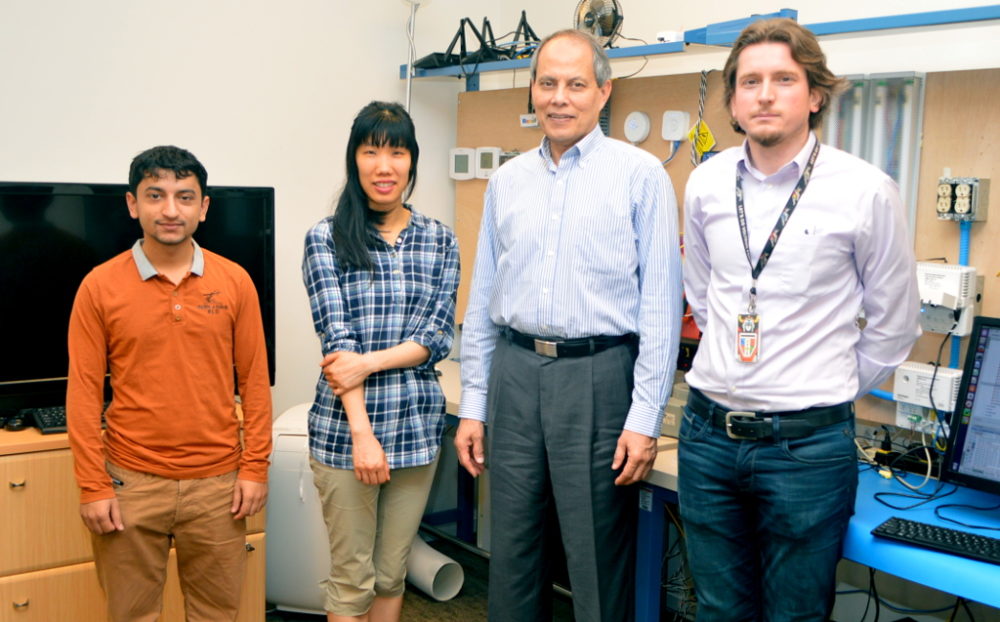 Software developed by a Virginia Tech team that can cut energy use by small and medium-sized commercial buildings is gaining traction in the private sector.

While owners of large commercial, industrial and government buildings are courted by international vendors willing to create multi-million dollar programs for managing electricity and natural gas usage around the clock, now owners of smaller commercial buildings can achieve similar savings — possibly without any up-front, out-of-pocket costs.

To develop the open-source software, Dr. Saifur Rahman, director of the university’s Advanced Research Institute, won $2 million in grants from the U.S. Department of Energy in March 2015. The software was named “BEMOSS,” or Building Energy Management Open Source Software.

“There are more than 6 million commercial buildings in the U.S., 90 percent of which aren’t big enough to afford expensive building information systems,” Rahman said.

To demonstrate the software, Rahman had to quickly secure the participation of three buildings. He connected with the building managers on the university’s home campus in Blacksburg along with officials at Arlington County and the City of Alexandria, which host two of Virginia Tech’s satellite campuses in northern Virginia.

While keenly interested in the potential energy savings, operators of all three facilities confronted Rahman early on with the same question: “If we use it for a year,” Rahman recalled, “what then?”

“As a professor at Virginia Tech, that’s not part of my job,” Rahman said. “When the (grant) is over, I move on to the next grant; life goes on.”

Rahman started thinking. “It’s not fair to drop them after a year’s involvement. I could either find a company (to pick up where Virginia Tech left off) or build a company myself.”

“If one of the corporate vendors didn’t pursue it, we had no idea how to commercialize it at the time. We were planning on writing a final report in three years and it would be over,” Rahman said.

So he sought and found funding to develop a company – BEM Controls – to continue marketing the software.

First stop: the Small Business Innovation Research / Small Business Technology Transfer program at the National Science Foundation. In June of last year, Rahman secured a $225,000 grant to develop the commercial features. Within one year, the company provided the data and then convinced the Center for Innovative Technologies in Herndon, Virginia to commit $50,000 for additional work that kicks in July 1.

At that point, Prince Georges County in Maryland got interested. Once officials there were convinced it would work for their 45,000-square-foot Dept. of Family Services building, the county paid upfront to run the software on their own for three years. That transaction effectively led to development of “BEMOSS-Plus” with several additional features that build on the free open-source program.

Among the companies supporting and sponsoring BEM Controls are heavy energy users who want to reduce their demand for power during peak periods such as on hot and humid summer weekdays. More and more of them are subject to premium power prices during such periods.

Some large energy users and their efficiency contractors are beginning to take a keen interest in BEMOSS. Organizations serving on its advisory committee include Johnston Controls, the Dept. of Defense, Dominion Energy, Electric Power Research Institute and Honeywell.

As word spreads, Rahman said, he’s getting inquiries from India and Turkey. Last month he gave six talks to interested parties in China. It doesn’t hurt that he is the President-elect of the Institute of Electrical and Electronics Engineers (IEEE) Power & Energy Society.

What is emerging as a key differentiator is BEMOSS-Plus’ ability to control not just energy systems but also a variety of scalable, Internet-based, applications such as remote video-security systems on a single online dashboard. Monitoring rooftop solar systems and scheduling output from energy storage systems are proving to be popular applications based on prospects’ inquires to date.

“It’s become an ecosystem,” Rahman said. “You don’t realistically want 15 apps on your laptop. You can do it all from one place.”