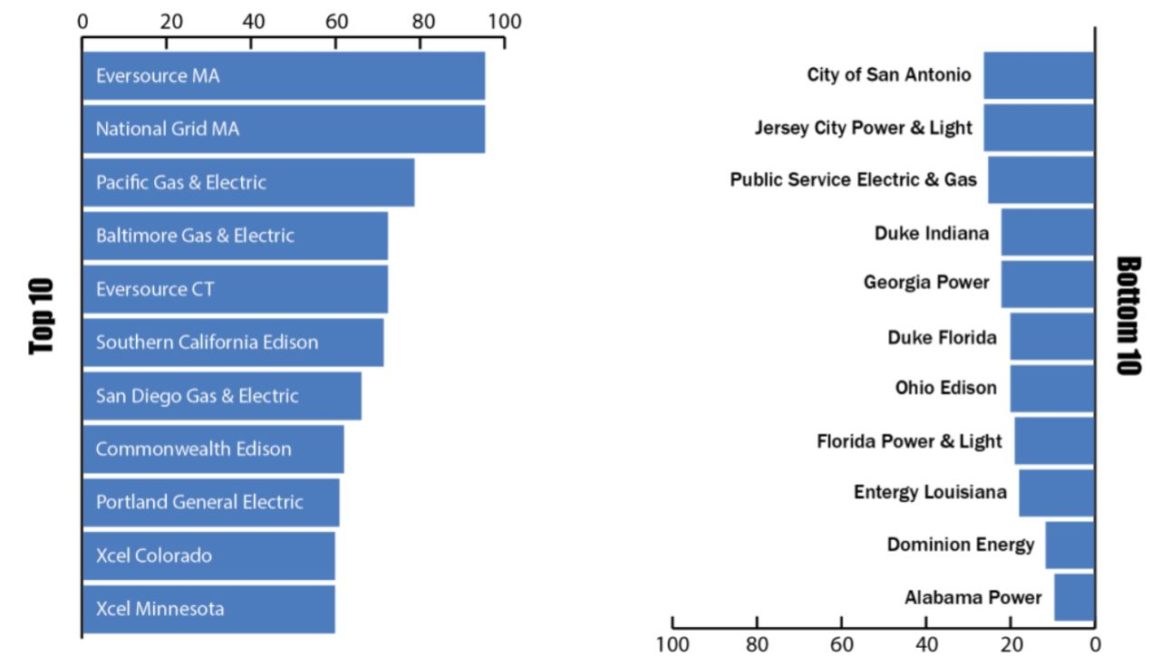 Despite relatively low electricity prices in the Midwest, utilities based in Minnesota and Illinois are among the most energy efficient in the country, according to a recent report by the American Council for an Energy Efficient Economy.

Mike Bull, a former public policy manager at Xcel and now the director of policy and external affairs for the Center for Energy and Environment, said Xcel has a long tradition of promoting energy efficiency, and that makes the ranking all that more significant.

“Xcel Energy needs to work harder and more creatively to continue to capture cost-effective energy savings than their peers in this Scorecard — all the other utilities in the top 10 serve areas with much higher energy costs, making it easier for them to find cost-effective savings,” he wrote in an email.

A more surprising outcome would have been if Xcel had not been in the top 10 list, Bull said. Xcel’s performance “is truly remarkable because they continue to capture nation-leading cost-effective energy savings despite the fact that they’ve been investing for decades in helping their customers use less energy,” he added.

Xcel performed particularly well in having many energy efficiency options.

“Xcel is known for running many different programs,” said Grace Relf, a researcher and energy analyst who contributed to the report. “They run 15 programs out of the 22 we looked at. They have incentives for more efficient lighting, both residentially and commercially, they run behavioral and education programs to help customers conserve energy.”

Xcel also has a decoupled rate structure and performance incentives that allow the utility to reduce energy consumption while remaining profitable.

“They have strong targets, they are aiming high with their energy savings and achieving high savings as well,” she said.

“We look at what targets utilities set for themselves, but those are strongly influenced by energy efficiency resource standards in their states,” Relf said.

Minnesota requires that utilities spend 1.5 percent of their annual retail energy sales on energy efficiency – and for Xcel the legislature set the target at 2 percent.

Xcel, Relf said, spends 3.5 percent of total revenue energy sales on energy efficiency programs. “Xcel did a really good job” in this category, she said. “Spending often leads to high energy achievement, and that was great for Xcel.”

“They’re doing a couple of cool and innovative things,” she said.

“ComEd is a really good example of a utility that has a breadth of programs,” she said. “They are running a wide gamut of programs and really innovating on some of those pilots. I also think its performance speaks to setting high targets and spending on efficiency that pays off.”